Jem's mother is deathly ill. Jem's father has gone on a pilgrimage to the shrine of St. James in Spain. This leaves young Jem alone to take care of his mum and keep his father's shoemaking business going.

Mere hardship passes into scary, fairy-tale territory when Jem is visited by three tiny men and a giant, dark knight. They seem to want a package that a white knight left in Jem's safekeeping. As it happens, both his parents' lives depend on Jem faithfully carrying out the white knight's orders.

Here is a lean, fleet-footed tale of magic from the world of medieval Christianity. In far less space than most of her numerous excellent books for young readers, author Aiken draws us into its world of hard work, sorrow, hope, and suspense. I enjoyed this classic children's picture-book in the edition illustrated by Hungarian-born Victor G. Ambrus.

Clary Fray thinks she knows her mother pretty well. Struggling artist, grieving widow, single mother, best friend of a bookstore owner... There seems to be no mystery about Jocelyn. But Clary learns otherwise the night her mother disappears. The night a demon attacks her in their apartment. The night when, in order to survive, she calls upon powers she never knew she had.

Of course, this means Clary is learning to see her whole world differently. But that process has already begun. Even before her mother's disappearance, Clary witnesses three Shadowhunters slaying a demon in a nightclub, though no one else notices a thing. One of those Shadowhunters, the cruelly good-looking Jace, takes an interest in Clary and helps her survive when the forces of evil stalk her brownstone.

Jace's fascination with Clary doesn't sit well with his fellow Shadowhunters. Alec and Isabelle have been like brother and sister to him, but that doesn't stop them feeling possessive, even in a romantic way. Plus, as Shadowhunters they have angel blood, which makes them feel superior to "mundanes," or ordinary humans. These feelings are hardly relieved as Clary slowly finds out that she, too, is a Shadowhunter, and that her mother has gone to great lengths to keep Clary in the dark about it. Both Clary and Jace will make surprising discoveries about themselves in this book, discoveries that will only complicate the strong mutual attraction between them. Adding to this romantic tension is Simon, Clary's best friend, who wants to be so much more, and who in spite of being a mundane becomes the key to everyone's survival.

Meanwhile, the Shadowhunters find themselves on the trail of the greatest-ever traitor to their kind, who has come back from the dead to wreak havoc on their world and to seize power at any cost. Valentine Morgenstern once led a rebellion that nearly split Shadowhunter society in two. Now he has taken Clary's mother, and he is after a powerful artifact no one but Clary can find. To keep him from getting it, and to get her mother back, Clary must confront a terrifying array of creatures, from the ghoulish Silent Brothers to the zombielike Forsaken and more.

Fans of the Twilight series will be particularly drawn to this tale of supernatural romance with battles between vampires and werewolves, demons and the sexy teen Shadowhunters who slay them. This novel is only the beginning of a series titled The Mortal Instruments, of which there are already two further books: City of Ashes and City of Glass.

Completing the trilogy that began with Stoneheart and Ironhand, this book brings the ordeal of young Londoner George Chapman to a terrific climax. A being of pure evil has entered the world through the black mirrors that hold back the outer darkness. The old darkness in the heart of the city has broken loose. The two darknesses have joined forces with all the taints (gargoyles, dragons, and other inhuman statues) to bring a final, end-of-all-things war against the spits (statues formed in the image of man) and, especially, against George and his gifted friend Edie.

Meanwhile, George must still complete his third duel against a creature of metal or stone. Time is running out as the vein of stone in his arm grows toward his heart. The trouble is, it's going to be hard enough surviving increasingly devastating attacks by the taints.

He'll hardly have time to face his doom in combat against a hollow knight mounted on a hollow horse.

Both George and Edie continue to find out new things about their own powers. As a maker, George has awesome powers to heal or destroy beings of stone and metal. He also has a remarkable fate, a prophecy about him, and some highly unlikely friends - including, for example, the gargoyle Spout. Edie, on the other hand, proves to be more than just a glint who can tap into the tragic memories of any piece of stone she touches. Her surprising talents will be vital to winning the war... if only she isn't led astray by her personal quest to save her long-lost mother. And there are still more surprises for both of them.

But first, they have to survive an increasingly vicious series of battles between the carved and dye-cast denizens of greater London. An icy darkness has taken hold of the city. Time has frozen in its tracks. Nearly all flesh-and-blood living things have vanished. If George, Edie, and the spits don't somehow get time going again, and put the darkness back where it belongs, the world as they know it will end. But they will have to get past a seemingly inexhaustible army of ice statues to save it. How better to end a series of non-stop, running battles than in a desperate last stand?

I stand by my high praise of the first two books in this trilogy, and I am glad to see the same level of excitement and fantastic originality sustained to the very end. So ends the "first series for children" by a successful film and television writer. Here's hoping his second won't be long in coming.

The Battle of the Labyrinth
by Rick Riordan
Recommended Ages: 12+

Book Four of Percy Jackson & the Olympians confronts our favorite demigod-hero with a new threat to the security of Camp Half-Blood. The traitorous ex-camper Luke has found a backdoor entrance to the camp, bypassing the security measures that protect the mortal children of the gods from monster attack. Now he plans to lead the forces of Kronos, leader of the Titans who ruled the world before the Olympian gods, through this backdoor.

There they will attack Percy and his friends, and clear the way for Kronos to defeat Zeus & Co.

This time, it isn't Percy who must lead the quest to save Camp Half-Blood, but his friend Annabeth. He goes along as her sidekick, however. Also joining them are Percy's cyclops half-brother Tyson and Grover the satyr, who has scant time to prove that he heard the voice of the lost god Pan calling to him before the Cloven Council strips him of his seeker's licence. Annabeth also grudgingly accepts some help from a mortal girl with the unusual ability to see reality in the world of gods and monsters - though Rachel Elizabeth Dare is also, to Annabeth's obvious disgust, a rival for Percy's heart.

Together, this motley party must seek the center of the Labyrinth that Daedalus built thousands of years ago. The labyrinth has grown a lot since then, and has taken on a life of its own. With entrances into many immortal realms and points on the map, it leads Percy into one warmed-over myth after another. Hold your nose as he scoops poop at a demon dude ranch. Hang on to your remote as he plays the game show of death against the riddling sphinx. Wonder how you thought your dreams were weird as Percy receives important bulletins in his sleep - including messages from his friend Nico, who is growing into his powers as a son of Hades. 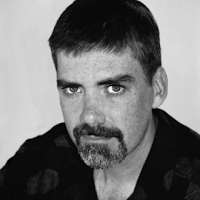 And brace yourself for surprises, betrayals, gladiatorial contests, and supernatural battles as Percy and friends penetrate deeper into the center of the labyrinth.

What will they find? The lost god? I'm not telling. Daedalus himself? Mum's the word! The key to traveling through the labyrinth without getting hopelessly lost? Maybe. You'll just have to read it yourself. You'll find it easy to do, as Percy garnishes his narrative with plenty of wit, humor, and lippy teenaged irreverence. The confusing stirrings of first romance are almost as much fun as the encounters with bizarre monsters and ancient gods in incongruously modern guise. And the ending is cleverly laced with a hook to pull you into the fifth and final book, The Last Olympian.

[EDIT: My reviews of the first three books in this series are here and here.]

It took all of six books and most of the seventh for the Harry Potter series to build up to the climactic Battle of Hogwarts. The Percy Jackson & the Olympians series, in comparison, takes only five books to gather its forces for a free-for-all war between Titans and Olympian gods, mythical monsters and the young demigod heroes of Camp Half-Blood.

Most of this book, in fact, consists of the preparations for a battle up and down the length of Manhattan Island; plus the battle itself, which goes on for several days. And everyone, Percy included, knows that before the battle is over, he will have turned 16 years old and fulfilled the prophecy that, on that birthday, he will make the choice either to save or to destroy Olympus.

In spite of this very direct, action-packed premise, the fifth Camp Half-Blood adventure is no simple affair. The forces of evil are embodied in an ex-camper named Luke Castellan - yet Percy's close friend Annabeth can't help believing there is still some good in Luke. The members of the Ares cabin refuse to take part in the battle because of a feud with the sons of Hermes which will not be made up. Someone on Percy's side is passing information on their plans to the enemy.

While Mount Olympus is about to fall before a horde of monsters, defended only by a bunch of underage heroes and their satyr, nymph, and centaur friends, the Olympian gods are occupied elsewhere. Most of them are trying to stop Typhon, which Wiki calls "the deadliest monster of Greek mythology," from cutting a wide swath of distruction across the USA. Others, like Hades and Percy's own father Poseidon, are too busy protecting their own kingdoms to come to the aid of Olympus; while still others, minor gods like Nemesis and Janus, have switched sides and joined the Titans.

See another side of Prometheus, the friend of mankind, when he comes to parlay with Percy on behalf of the Titans. Witness what happens when Percy willingly undertakes the curse of Achilles. Meet the gods of the East and Hudson rivers. Find out what Pandora's box really looked like. Watch an English teacher cross swords with a monster, a hellhound bound like an excited puppy, and a vicious flying pig become "pork chops." See Percy torn between romantic feelings for two girls - one a mortal, the other a demigod - and find out how a 70-year curse by the god Hades concerns the mortal girl's fate. And cheer as Percy Jackson comes into his full powers as a kicker of supernatural butt.

I am intrigued by the Acknowledgements at the end of this book, in which author Rick Riordan refers to this book as the close of "the first Camp Half-Blood series." So it would seem that, unlike Harry Potter, this series ends on a note of hope for a second series set in the same world. After enjoying one set of witty, action-filled updates of the classic myths, I trust a lot of delighted readers will welcome another.
Posted by RobbieFish at 8:56 AM