Tonight's performance of Beethoven's 9th by the St. Louis Symphony was broadcast live on KFUO-FM radio. Which is a bit of a downer, really, considering that the 4th horn nailed his solo last night but flubbed it tonight. In fact, the horn section was generally the weakest link in the chain tonight. 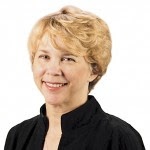 Nevertheless I want to send out a big, fat, juicy PHOOEY to Ms. Sarah Bryan Miller of the Post Dispatch, who savaged the SLSO, conductor Robertson, and the soloists (though she broke a long tradition of fault-finding with the Symphony Chorus, for which she had only praise in her latest review). I was there and, as usual, I seem to have been in a different performance than the Post critic. I heard a daring approach to Beethoven's 9th that pulled back from the theatrical excesses that have become traditionally bound to it; a fast-paced, energetic performance that nevertheless held a wealth of nuance, a beautiful control of tone-color and balance, and subtle changes of rhythm and tempo.

I also heard some exceptional playing by numerous players, including the timpani, clarinets, bassoons, and string basses. I heard a transparent texture in which individual lines could be heard clearly, groups of instruments could blend in interesting combinations, and a complex musical argument could be followed on many layers at once. I heard an opening of the fourth movement that was, yes, faster than that of any other performance I have ever heard, but that challenged me to pay more attention to Beethoven than to his interpreter. David Robertson's account broke tradition, yet also sought to refocus on Beethoven's original wishes. 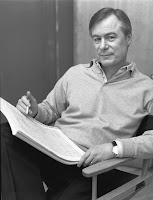 It eschewed the extremes of expressiveness that seem to arise from competition among conductors to wring the most pathos out of an old standard; yet in its restrained way it was very expressive, and even infectious in its emotion.

In my opinion, no one who went to these concerts looking for something other than a target to snipe at could have written, as S.B.M. did, that our Ode to Joy lacked joy. I'll admit that the soloists, whom I won't mention by name, were less than spectacular. I felt especially let down by the Mezzo, who frankly wasn't up to the demands of her part. But in spite of an imperfection here in there, in intonation or what have you, anyone who truly loved music would have heard in these performances a powerful mixture of conviction, sensitivity, intellectual rigor and spiritual zest. And that, in my book, is a recipe for a great performance.
Posted by RobbieFish at 10:04 PM