I woke up early this morning and couldn't get back to sleep. So, as I often do when that happens, I flipped my laptop open and wrote a hymn, which I had been planning for some time. I selected Jesus' childhood, death and end-time return as the texts to apply to the issue that I remember as a bugbear for faithful youth. In case you think I've missed something important, I know that I could have selected 12 more examples - but another issue I wanted to respect is kids' attention span. I decided to err on the side of knowing my target audience, and so kept it down to three stanzas. You're welcome.

Jesus, who from childhood carried
Our salvation on Your heart,
Help Your young disciples, harried
With temptation from the start.
See our lives, with pressures thronging!
See our hunger for belonging!
Help us know and feel it true,
Christ, that we belong to You.

Living set apart is lonely,
As You more than all must know!
At Your cross, John was Your only
Student, standing dumb below.
Give us strength; fill us with fitness
That, with John, we may bear witness
To the cup You drank alone,
For Your mockers to atone.

Living set apart is joyous;
Set that truth before our eyes.
Thus, when fickle friends annoy us,
Over wrath and hurt we’ll rise.
For You soon will come with glory
To review Your children’s story,
And will set apart on high
Those who loved Your drawing nigh.
Posted by RobbieFish at 6:40 PM No comments:

271. Hymn for Students of Theology

I planned this hymn as part of a trilogy with "Hymn for Good Preaching" and "Hymn for the Liturgy." Like those two, it is set to its own original tune, titled SEMINARY and written during the 3 a.m. hour today. While I'm mentioning the time of day when I finished writing this hymn, I hope it will partially excuse the fact that I changed rhyme schemes between stanzas 2 and 3. I honestly didn't notice I had done this until I went back over the whole hymn after penning the last line. At that point, I felt that correcting the versification gaffe would do more harm than good, so I let it be. Perhaps it's for the best. I'll bet a lot of students of theology know all about losing the thread of a written assignment and faking their way through it anyway. Wink, nudge. 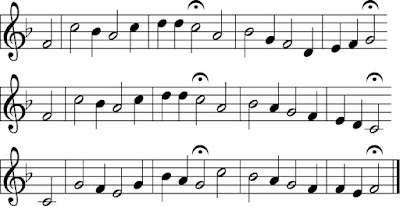 Call, Lord, from humble fisher’s net;
Call from the tax collector’s booth—
From ev’ry walk of life—and set
Men’s hearts upon Your word of truth
That, answering our cry of need,
They may Your flock protect and feed.

Teach, Lord, though heads be hard as oak;
Teach into hearts stone-cold and dead
The mind-renewing word You spoke,
The way of life You blazed ahead
That, counting all they know as loss,
They may with joy take up their cross.

Fit them, through study, prayer and pain,
Your holy scripture to explain,
And with pure doctrine form their mind
As one, that they may loose and bind,
According to Your perfect will,
Both hot and cold, both good and ill.

Show them, and give them heart and nerve,
How they must suffer while they serve;
For none who follows You, O Christ,
Can be unused to sacrifice.
Embrace them, lest they come to harm,
With Spirit’s grace, with brother’s arm.

Devote their hearts, without a qualm,
To hymn, prayer, canticle and psalm
So, in the hour when men’s words fail,
The words You give us may prevail.
Teach them to handle holy fare
With all due reverence and care.

At last, in robes of grace arrayed,
On them let holy hands be laid;
Then, Lord, let no one doubt the call
That set apart a few from all
To guard and feed Your hungry flock
And lead the thirsty to their Rock.

We praise You, God, who made it rush
Forth in a sweet, refreshing gush;
We praise You, Son of God, as well,
Who with Your people ever dwell,
With God and with the Spirit one:
Amen, Lord; let Your will be done.
Posted by RobbieFish at 9:01 PM No comments:

I would like to dedicate the following hymn to my former pastor and friend in Christ, the Rev. Randall Bell, pastor of Christ Lutheran Church in Augusta, Mo. who always impressed me as an exceptional preacher. I planned it as a "pulpit" companion to this "altar" hymn. The original tune, written last night (and not even harmonized yet) is titled KERYGMA.

Lord, grace our pulpit with a preacher
Adept to teach, that we may hear
Your living voice; and to that teacher
Bend humble heart and open ear.

Though he be full of clever phrases
Or speak as plain as Farmer Brown,
Lead us through him to fix our gazes
On You who from on high came down.

Though he be draped in silken splendor
Or sewn into an onion sack,
If witness to Your cross he render,
No scrap of comfort will we lack.

Away with men who scratch our itches
And pull the Law’s accusing tooth;
Who promise happiness and riches
But set aside the Gospel’s truth!

Give us, instead, one who will spatter
Us head to toe with cleansing blood;
Who points us to the gifts that matter,
By which You, Christ, will do us good.

Give us a man who will correct us
As shepherd would an erring flock;
Who will, through fire and flood, direct us
To You, our never failing Rock.

Bless us, in short, with fruitful preaching,
And let its seed be cast afield
Till, earth’s remotest limits reaching,
A gladsome harvest it will yield.
Posted by RobbieFish at 12:58 PM No comments: 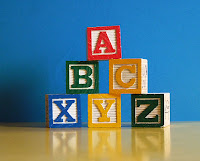 Before introducing these next two hymns, which are segments of the Psalm 119-ish super-hymn that I've been working on since before the New Year, I would like to give a shout-out to the Rev. Dr. David Scaer. Over the weekend I watched a three-hour video of him defending the doctrine of the atonement against today's "radical Lutherans" and others of their stripe. His lecture both spurred me to finish this hymn at a rapid pace, and inspired me to splash a lot of Christ's blood on it. If the tunes may not seem completely appropriate to the tone of the text, it might be worth pointing out that I had already written them before I wrote these hymns. Or, you could just put it down to the depth of expression that is possible when the melody and poetry combine in a paradoxical way. Whatever. I confess, it was my intention almost until the end to write stanzas for X, Y and Z, but I just couldn't come up with enough appropriate words beginning with those letters to start off the lines. So, the hymn says "A to Z," but it's actually A to W.

Quake, blood-daubed earth! Be darkened, sun!
Queer was the hour God quit His Son!
Quizzed by the questioner’s barb’d tail,
Quiescent ’neath the hangman’s nail,
Quenched by the quack’s narcotic quaff,
Quelled by the mob queued up to laugh:
Quoth He, “My God!”—but hearts must here
Quite overflow with love and fear!

Reel, mind!—that God should, for your gain,
Renounce His Son in blood and pain!
Roar, heart, in horror at the cost
Revealed when Christ redeemed the lost!
Repent, O soul, before the rod
Raised onto which incarnate God
Reigns age to age, and thus enthroned,
Robs hell of them for whom He groaned!

Speak, lips touched by the Sacrament!
Sing, tongue, cleansed by the blood He spent,
Shed as the sacrificial coin
So we salvation’s choir might join!
Sound string and bell! Blow pipe and reed!
Say from what bondage you are freed!
Selah—rise, music! Israèl
Shall not be swallowed into hell!

Turn, then, barbarian or Greek,
To this, the unknown God you seek;
Turn, offspring of His favored race,
To Him who gazes on God’s face!
Throw off the chains that bind and choke;
Take up His light and easy yoke.
Then, by His promise, You will be
True heirs of life, from sin set free.

Use, brethren, use the present hour,
Until Christ comes again with pow’r:
Unbind those bound by sin and grief;
Urge them to share in pure belief.
Unsettle those who settle scores;
Unseat the judge; unstop the doors;
Unsteel the foe of love and peace;
Unite as one, and so increase.

Vaunt not vulgarity and vice;
Vie, little flock bought with a price,
Vie one another’s faults to veil;
Vouch for their virtue, kind and hale.
Vex not each other, lest you make
Vain what the Lord did for your sake.
View Christ in them, till all as one
Voice psalms of vict’ry to God’s Son.

Wake, faith and hope; the hour makes haste!
Why do you drowse? Arise, and taste
What is prepared for whom the Lord
Would summon to His wedding board!
White are the fields, the night far spent;
Wan grows the eastern firmament
Where, all at once, we soon shall see,
With living eyes, the A to Z.
Posted by RobbieFish at 8:09 AM No comments:

Continuing this monster hymn, or super-hymn if you will, continues to get trickier, with the letters N and O providing very limited options. Just wait until Q, V, and X-Y-Z! The original tune for this fourth segment of six is titled MYSTERIOUS MIGHT and, I might add, has already been harmonized, along with the tunes for the other five segments - even though I haven't written the lyrics for Parts V and VI yet. I think the effect I was aiming for, in this tune, was something antique and chant-like. Please bear with the (almost) ridiculous amount of alliteration; but, I must say, if you're going to put your back out writing an acrostic psalm, you might as well go all in! 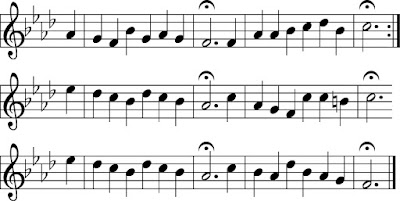 Mysterious Lord and mighty God,
Make known Your majesty abroad!
Mock though they may the maiden’s child,
Move men to mark the martyr mild
Made manifest upon the cross,
Much more to mend man’s mournful loss.
Mute now be reason’s mad misrule;
My Savior’s mouth shall be my school.

Now, risen Christ of wondrous fame,
Nail to our hands, lips, hearts Your name;
Nor leave us hungry in the night—
Nay, nourish us with life and light!
Nerve us to tell our neighbor, too,
News of God’s grace drawn nigh in You.
Noise forth Your word! Give ears to hear:
No gift more needful, none more dear.

O Off’ring, poured out once for all,
Oblation sweet, to You we call:
O’er our offenses waft Your fume;
Obscure the odor of our doom.
Old Adam would, through daily toil,
Oppose Your healing wine and oil;
On each occasion, Savior pure,
Outface his fury; be our cure.

Pure Prophet, Priest and Prince of Peace,
Pierced through with pain for our release:
Plunge us within the scarlet flood
Poured from Your heart, the pledge made good.
Perfect in us Your work of love:
Present us purified above;
Place in our hands the glorious prize
Prepared for them who please God’s eyes.
Posted by RobbieFish at 1:20 PM No comments: