The Name of This Book Is Secret
by Pseudonymous Bosch
Recommended Ages: 10+

In the tradition of Lemony Snicket and N. E. Bode, this is a book whose narrator inserts himself as a character -- and what a character he is! He hopes you won't read his story, but he can't help writing it anyway. He censors out the real names and locations involved in his story, even going as far as replacing a whole chapter with strings of Xes. He incorporates puzzles, codes, and vocab-building exercises into his story.

He tries to warn you (tongue in cheek) not to read on, and continuously breaks the "fourth wall" to confide in you as you follow his characters' adventures.

But the characters themselves, and their adventures, are more like those created by Blue Balliett: two (or three) quirky kids who solve a mindblowing mystery together, using non-traditional methods of detection.

Cass is a survival expert who is always prepared for any kind of disaster, often predicting tragedies that never happen. This makes her a bit of a loner. But in spite of her many fears, she is really brave. Brave enough to try to get to solve a local magician's mysterious death all by herself.

She doesn't want Max-Ernest as her partner. Max-Ernest is also a bit of loner, because he talks nonstop. Seriously! Even his parents think there's something wrong with him. Nevertheless, they get pulled into the mystery together. And it's a good thing for Cass, because Max-Ernest has a streak of common sense in him that she lacks,

and things quickly become too dangerous for one little girl to handle on her own.

By "things" I mean a chest full of tiny bottles known as the Symphony of Smells; the notebook of a circus-performing magician who could see music and hear smells; the kidnapping of an elementary-school artistic genius who may or may not be a useless prat; a woman whose voice makes your blood run cold; and a beauty spa where a strange cult performs ancient evil rituals in order to stay forever young. At the end of the book, it seems our young detectives are only starting a promising career in thwarting bad guys and uncovering deep, dark secrets.

Are we any closer to guessing who Pseudonymous Bosch is? No. There is an uncomfirmed rumor that he's really Edie Bilmann, but that name means nothing to me and it might be a red herring. But here's a guarantee: if you enjoy a mystery that gives you the creeps, the giggles, and ideas in equal amounts, you'll breeze right through this book and come out hungry for the sequel, titled If You're Reading This, It's Too Late.

I Am the Messenger
by Markus Zusak
Recommended Ages: 14+

Ed Kennedy is a bit of an underachiever. Let's face it: he drives cabs in the same Sydney suburb where he grew up, runs errands for his trash-mouthed Ma, enables his smelly old dog's caffeine addiction, and has a hopeless crush on one of his best friends. His young life seems to have settled into a rut of quiet mediocrity... until the day he single-handedly thwarts a bank robbery. As he goes to prison, the robber tells Ed that he's a dead man. But by then, Ed's former life has begun to unravel. 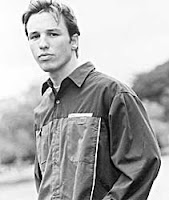 It begins when a single playing card -- the Ace of Diamonds -- arrives in his mailbox with three street addresses scribbled on it. These addresses, and the clues on the other aces that arrive in their turn, lead Ed into a series of puzzles and challenges. Situations in which he must make a difference to people. Situations where he must put his heart, his conscience, and sometimes even his body at risk. Situations in which he is often mistaken for an angel or a saint, sometimes for a bogeyman, and sometimes hardly noticed at all. Gradually, these situations force Ed to think differently about the way he has lived and will live.

I enjoyed Ed's journey almost to the end. I sensed that Zusak realized that he had written himself into a corner, forcing him to end the book in what I felt was a preposterous cop-out. But I've taken some time to reflect on it, and in a way I guess I can appreciate the cleverness and daring of his solution to what is, when you think about it, a completely preposterous story. It ends up making you think of something you didn't realize the book was about. And it invites you to think preposterous thoughts about your own reality.

Markus Zusak is the Australian author of The Book Thief as well as this book, both of which were Michael L. Printz Award Honor Books.

In Stoneheart, a London schoolboy named George Chapman accidentally damaged a carved stone dragon. This rash act plunged him into a hidden world, an "unLondon,"

in which statues and gargoyles move about and have feelings, and where the humanlike "spits" are at war with the monstrous "taints." George had an opportunity to pay his debt to the city's heart of stone, but instead he chose to go "the hard way." In this book, he begins to find out just how hard that way is going to be.

George is immediately separated from his two best friends in this unLondon of living stone and metal. The Gunner (a bronze statue of a World War I soldier) has been taken captive by a fiendish, lost soul known as the Walker. And now a gargoyle swoops down and carries George away, leaving his other friend Edie vulnerable and alone.

Edie is known as a "glint" because of the way she experiences the painful memories locked in metal and stone. The only thing she has to hang onto is a piece of sea-glass that glows in the presence of evil, such as the Walker and any taints. The Gunner, trapped in a cistern lost beneath the city, knows that the Walker is hunting glints like Edie, destroying them and collecting their heart-stones for his own wicked purposes. The trouble is: How can he warn her before a two-faced statue lures Edie into the Walker's trap? And what can Edie do once the Walker reveals the full horridness of his plan?

And where does all this leave George? It leaves him running, flying, plunging, and scrabbling from one deadly battle to another in a nonstop, adrenaline-fueled flow of furious action like nothing seen in children's literature since, well, Stoneheart. He learns how he must fight three duels to the death, and how the veins of stone and metal spreading up his arm will kill him if he runs from a fight.

He makes surprising discoveries about who his friends and enemies are. And he faces his own personal hell in his desperate bid to save the Gunner, who will die if his plinth is empty at turn-o'-day (midnight).

The only thing this book lacks is a resolution of all the trials and adventures in store for George and his friends. But that's all right. It's only the second book in a trilogy, which concludes with Silvertongue, coming out in hardcover this April.
Posted by RobbieFish at 11:02 AM