Equal time for great Lutheran hymns continues with this masterpiece by Saxon nobleman and poet Bodo von Hodenberg (1604–1650), about whom I know nothing except that he wrote this hymn. A pious legend has it that an organ prelude on this hymn (set to the chorale melody Wenn wir in höchsten Nöten sein) was the last composition J. S. Bach wrote, or rather dictated, as he lay blind and feverish in the throes of his final illness. There's no contemporary evidence of this, but after reading this evening-prayer-in-verse (which would serve equally well as a prayer for the dying), I can't help but hope that it's true.

I, however, have chosen two other tunes for this hymn. The main reason is that Wenn wir in höchsten is seriously over-exposed. Just in Anglophone Lutheran hymnals I have found it set to at least a dozen different hymns (not including this one), and if not "wedded" then at least seriously committed to no less than four. Instead, I picked two tunes of about the same period and character, and with the same title, neither of which has been overused. Tune 1 comes from some 17th-century German songbook, without any further attribution that I know of, though it sounds at least as old as Tune 2. I owe my knowledge of it to a single occurrence in a very old hymnal (almost a century now!), but I think it deserves another chance. I would like to stir up interest in under-appreciated, high-quality tunes like this one, which has a plaintive quality well-suited to Bodo's hymn.

The second tune is often attributed to poet-composer Nikolaus Herman (d. 1561), who deserves a post of his own. Besides writing at least five hymn tunes that I love, Herman also wrote the hymn texts "Praise God the Lord, ye sons of men" (a Christmas hymn elsewhere translated as "Let all together praise our God"), "Yea, as I live, Jehovah saith" (on Confession & Absolution), "The radiant sun is in the skies" (a morning hymn), "The sun's last beam of light is gone" (another evening hymn), and "When my last hour is close at hand" (a heartbreakingly beautiful funeral hymn). All five hymns are in TLH 1941; LSB has two; and AH--surprise!--has all of one! The Christmas one, to be precise. AH also uses Herman's tune to that hymn with three other hymns. This tune here, meanwhile, is the more popular of the two Wir danken dirs, at least in Anglophone Lutheranism. I have so far found it in four hymnals, always set to the same Passion of Christ hymn, "Lord Jesus, we give thanks to Thee," from which it takes its title. It's a powerful, confident, yet deadly-serious tune, with a ballad-like dramatic shape, an interesting rhythm, and an extra-memorable twist at the end, which could help it stand the strain of fifteen stanzas.

Whether sung before a night's sleep or a longer one (and let's face it, you can never be sure the one won't turn into the other), this hymn says it all. It ought to, with 15 stanzas! But again, there's no law requiring you to choose between singing all or singing none. There are infinite ways such a hymn can be used in church, in the family circle, in peer-group devotions, and in private communion with God. Parts or all of it can be sung, read silently, read aloud, learned and recited by heart (a profitable exercise!), handed out in tract form, etc. It is all the more useful because it covers its topic so thoroughly, wisely, and beautifully. Each stanza of "Abide with me, fast falls the eventide" takes 25% more syllables to say half as much as any stanza of this hymn. (Plus, silly, "Abide with me" is a funeral hymn!) 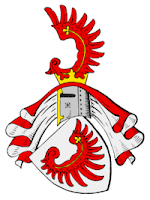 What does Bodo's hymn give us? Let's just skim through it a stanza at a time. 1) At bedtime, I approach God as a beggar with my hand out. 2) My plea: God created me in His image and gives me life. 3) The Lord has preserved me until now. 4) My heavenly Father gives me all that I need, especially my Savior. 5) Jesus died to redeem me. 6) If Christ is for me, who can condemn me? 7) Covered by Christ's righteousness, what shall I fear? 8) I have the Holy Spirit. 9) I have God's Word and Sacrament. 10) With all these blessings to assure me of salvation, no trouble will discourage me. 11) Rather I will praise the Lord, 12) and entrust my all to Him, 13) who alone can give me the faith I need 14) to receive forgiveness, to live well, 15) and to die in peace. At the end it comes full-circle to see one as standing before God--now in fear and trembling, then in victory. Could a hymn be more perfect? I would give all the precious little ditties that make the pietist's world go round to be able to write hymns like this!

PICTURED second from top: Nikolaus Herman, likely composer of our second tune. So it isn't the tune Bach put to this hymn in his putative final work. So what? Herman himself composed tunes used by Bach in six (6) of his sacred cantatas! Third from top: the Hodenberg family coat of arms. Sorry, our friend Bodo seems to have been a bit camera-shy.
Posted by RobbieFish at 4:27 PM