Here is another under-appreciated example of greatness in Lutheran hymnody. Oh, what a rich cultural and spiritual treasure we have! A fine Lutheran hymn like this concentrates theological depth, literary skill, and musical perfection into such a compact form! One could study it at length from each of a dozen angles and never exhaust its complexity... and yet it communicates in such a simple, open way!

Any number of tunes could go with this hymn. I chose for it one by Johann Crüger--a tune I once judged to be of slight musical interest. Even on his off days, though, Crüger knew his way around a tune. Without the slightest pretention toward cleverness or originality, this chorale holds together in a graceful unity. Plus, by tipping its hat toward the dominant (A major) in its last phrase, it leaves the hearer with the impression of having heard something sensitive, intelligent, with unexpected depths. Not bad for a melody complete in 32 notes! Compensating for its lack of rhythmic variety is the way the tune gets its clear, confident, upbeat point across, independent of its accompanying harmony. To be sure, settings of this tune will tend to have more harmonic interest than the average pietistic part-song; but it can also be sung in unison, without any accompaniment, while losing none of its effectiveness.

The text, meanwhile, is by Nikolaus Selnecker (1532-92), one of the authors of the Formula of Concord (the last and lengthiest of the Lutheran Confessions). The Lutheran Hymnal (1941) has four hymns by Selnecker: "Lord Jesus Christ, with us abide" (a beautiful prayer for the preservation of God's holy Word), "O faithful God, thanks be to Thee" (perhaps the best-ever hymn on Absolution), Stanza 1 of "Let me be Thine forever" (the quintessential Lutheran confirmation hymn), and "O Lord, my God, I cry to Thee" (a hymn for the dying that amazingly squeezes most of yesterday's Eber hymn into 3 six-line stanzas). Two of these hymns are also in the late Lutheran Service Book. What of the pietistic "Lutheran" Ambassador Hymnal? Selnecker's name does not appear in its index of hymn authors. I'm not going to ask if you can detect a pattern yet. It's too early to tell! But keep these statistics in mind...

What has Selnecker's Baptism hymn got that AH's "go wash in the fountain" altar-call hymns ain't got? For one thing, it actually says the word "baptize" in it, so there can be no equivocation as to what washing we're talking about. Stanza 1, observe, tells us whose work Baptism is ("Christ sends... which the Lord has..."), whom it is to be performed on ("on sinners"), and, if you can bear it, that it is analogous to Noah's Flood in the sense of which 1 Peter 3:21 speaks (i.e., that it saves sinners by drowning sin). Plus, in words borrowed from Luther's Small Catechism, it defines Baptism as more than simple water, rather as water taken and held by God's Word. Stanza 2 restates this more strongly, together with a description of sin as a disease or corruption which Baptism actually cleanses! Stanza 3 conflates Christ's command to baptize the heathen (Matthew 28) with his promise to save baptized believers (Mark 16). 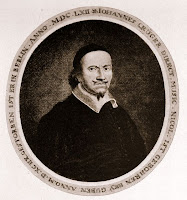 In Stanza 4 the translator stumbles a bit with the phrase "invites the host," which at first suggests a bizarre meaning; but on closer scrutiny, it seems to mean that "many are called" to be baptized in the Triune Name; God's presence and forgiveness are certain, because the command to baptize is His. Stanza 5 goes on to explain, very briefly and plainly, the ongoing and daily significance of Baptism in every Christian's life (Romans 6; Colossians 2). And Stanza 6 ties in the Biblical doctrine of Baptismal regeneration (John 3; Titus 3) and concludes that, through water and the word (Ephesians 5) we are united with Christ in life, death, and the life to come. How could all this be said more briefly, more powerfully? It is all but a verse paraphrase of the article on Baptism from Luther's Small Catechism.

For all that it constantly confesses Biblical teachings that would never be allowed to play on Baptist radio stations, Selnecker's hymn comes across not as argumentative or manipulative, even less as legalistic (adding a condition to salvation besides "faith alone"), but as a sincere expression of devotional prayer and thanksgiving. It is a demonstration of the fact that Baptism is Gospel, not Law. It describes Baptism as God's act of salvation, not our work of obedience. It brings out the contrast between the Lutheran doctrine of Baptism (affirming what Scripture teaches, giving rise to expressions of freedom, joy, and peace) and the Reformed (which is all about denial from beginning to end, and turns both Baptism and faith into a moral burden each of us is expected to shoulder).
Posted by RobbieFish at 9:20 PM