Book 3 in the Twilight Series brings the hottest undead teen love triangle of this moment to an emotionally explosive climax. Judging by the success of this book and film franchise, this book is being clutched by more white-knuckled 16-year-old girls than all the student-driver vehicles in the U.S.A. put together. But that's all right.

The pages keep turning even for 36-year-old Hagrid-lookalike bachelors, who desperately want to know whether Bella Swan chooses the gorgeous vampire or the studly werewolf.

They both love her madly and fight for her survival - though they all know that Bella becoming a vampire will be the end of her natural life. In fact, Bella's survival is the only thing that brings her two mortal-enemy beaux together. In this book we see an unlikely pact forged between the bloodsucking Cullen family and the shapechanging wolfmen of the Quileute tribe. The bridge between them is a common enemy: a huge coven of ravening, savage, newborn vampires that has been growing and terrorizing the Seattle area. And now they are coming for Bella.

Bella: hard-headed, soft-hearted, determined to be with Edward Cullen forever, yet equally determined not to break the heart of alpha male Jacob Black - who would have been her alpha male if Edward hadn't come along. Bella: who hurts most deeply when she can't help hurting the ones she loves. Bella: who would rather give up her own life than let her friends and family risk theirs for her. Bella: who grapples with an aversion to marriage even while she plans to give herself to Edward for all eternity.

I know you're supposed to be turned on by Edward's tragic ardor and Jacob's testosterone-rich sizzle. I know you're supposed to hate Bella for not being able to choose between them, just as Bella hates Cathy from Wuthering Heights. But for my money, Bella is Stephenie Meyer's most magical creation: a young woman who hardly understands how special she is to the men who know her, and who deeply cares about the pain she cannot help putting them through. Bella's vulnerability is - can I say this without being scary? - delicious. 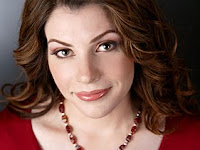 And the fact that 20-odd evil vampires agree is enough to set your hair on end over the suspenseful and increasingly action-filled last third of this book.

In New Moon, Jacob pledged to fight for Bella. He does in this book, though not always in ways you will sympathize with. Nevertheless, you have to be moved by his heartbreak, his inevitable heartbreak, at the end of this book. If you want to know more about the background of many of the vampire characters you met in the previous books, check out Eclipse. If you want to relish the provocative concept of imprinting on a mate, and the bittersweet results for teen lycanthropes, check out Eclipse. If you can handle an undead teen love triangle with a wide streak of danger and foreboding, check out Eclipse. Then prepare to wonder what happens in the fourth book of the series, Breaking Dawn.

Jessica Day has just moved from Chicago to the small town of Bixby, Oklahoma. On her first day at Bixby High School, she attracts the notice of three weird kids who dress in goth clothing. They call themselves the Midnighters, and they have spotted Jessica as one of their own. Even before she knows it herself, this normal, bright, vivacious girl has a destiny in a strange, dark world known only by a handful of teenagers.

Rex, Melissa, and Dess share a spooky secret. Every night at precisely midnight, time stops in Bixby, Oklahoma. For one hour, the world is filled with an eerie blue light and ancient, evil creatures stir: an hour that passes like an instant for the rest of the world. Except for the Midnighters. The blue hour has opened up for them.

Not coincidentally, they have other powers as well. Rex is a seer who can spot anyone and anything touched by the midnight hour; he reads the ancient lore left behind by the seers of yore. Melissa is a mindcaster who can taste the thoughts and feelings of everyone around her; she finds it hard to function in crowds, and cannot bear to be touched. Dess is a polymath who specializes in crafting weapons to guard against the shape-changing slithers and darklings that lurk in the blue time, weapons based on the old ones' terror of steel and the number 13.

There is another Midnighter in town who doesn't hang out with this trio. Handsome, acrobatic Jonathan Martinez could be Jessica's favorite, but he could also get her into the most trouble. Meanwhile, this troubled, conflict-torn little group of teen superheroes has to find out what Jessica's special talent is, and fast. 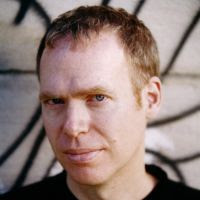 Because the darklings already seem to know...and they won't rest until they have destroyed her.

This book opens the Midnighters series, which continues in Touching Darkness and Blue Noon. It is a promising first volume, to say the least. It introduces a totally unique, knock-out spooky fantasy world and a group of characters entangled in a complex web of motives and conflicts. Once you start reading it, you won't want to quit. Texas-born Scott Westerfeld, the author of the Uglies and Peeps series and other sci-fi/fantasy novels, is married to Australian author Justine Larbalestier.
Posted by RobbieFish at 11:21 AM