Everywhere you look on the internet, you'll probably see an ad. That's all right. People want to make money somehow. What stinks is when an advertisement gets in the way of your enjoyment of a website. Or, worse, when it forces you to do something that risks exposing your computer to malware.

Two of these eeevil types of ad have come to my attention in the last few weeks. 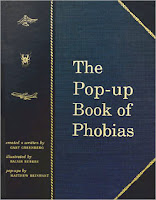 First there's the one that pops up in the middle of your screen, flogging I-care-not-what product or service. When you do the little right-click/"close" maneuver to get rid of it, it gives you a pop-up message asking you to confirm, yes or no, whether you're absolutely sure you want to close this life-changing commercial message. Now you are in a quandary. Do you click OK or not? Will clicking OK have hidden consequences, like exposing your computer to a security risk or consenting to an unspecified offer? Why must it be so hard to make the lousy thing go away?

Then there's the ad that comes up instead of the page you intended to navigate to. You just clicked a link, and suddenly you're looking at an ad with animation and sound. And you have to keep looking at it, because there's no way to move on to the page you were aiming for until the "Skip this ad" link appears, around 15 seconds later. And again, you're wondering: "What really happens when I click this link?" Because we've all had the experience of discovering that what appeared to be a button to close something was actually the button to open something else.

These noxious ads join the ranks of numerous marketing gimmicks that make the internet an irritating and scary place. They're right up there with the screen-hogging pop-ups that force you to look very carefully for the "X" that marks the close button; the jittery, repetitively animated banner ads that make you want to surf somewhere else before you barf; and the embedded ad buried 85% of the way down of a long scroll-down, that starts talking or playing obnoxious music over your speakers when you'd just as soon not have everyone looking over the top of his or her cubicle at you. 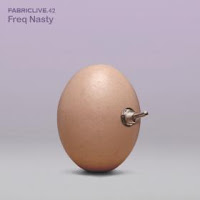 I can't believe site owners would knowingly sell advertising space to such jerks. I can only assume these advertisers are stealing what they can't buy. The burden then falls to site owners and their programmers to stamp out these commercial squatters, so that their viewers and legitimate advertisers can have a more enjoyable experience.

The last ad in the "real world" that made me this cranky was the one that appeared on my windshield while my car was parked in a public lot. At first glance it appeared to be a citation for illegal parking. Only, where there was supposed to be a list of possible violations, the one with a check-mark turned out to be something like "missing the big sale at Snidely & Twerp's." By the time I had read that far, I was already ticked off by the very idea of getting a ticket for parking in a perfectly legal spot. I wasn't in any mood to think positively about Snidely & Twerp's.

I wonder how many people laughed off their initial shock and anger, and followed through on the store's invitation? Evidently some advertisers are banking on the theory that irritating people is as good away as any of getting their attention. I, for one, think there are better ways.
Posted by RobbieFish at 11:36 AM