I had enjoyed reading all of his Further Tales. So when P. W. Catanese sent me his latest book, I was thrilled. Even more exciting, however, was finding out that this first book in his new Books of Umber series moves his unique world of magic into a realm of deeper, richer fantasy. It is still a world where fairy tales are woven into the fabric of history; but now it is so much more.

There is a series called The Books of Umber within this book, as well. Those books are studies of the history, magic, and monsters of his adopted world, written by a explorer, inventor, shipping tycoon, and polymath named Lord Umber. Here is a fascinating man, whose appearance in the city of Kurahaven signaled a revolution in medicine, technology, and the arts - not to mention liberation from an evil witch. Umber surrounds himself with unusual people, copes with the conflicts that daily arise between them, and gleefully faces danger that would make other men cringe and cower. But he is also a flawed man with dark secrets, a curious history, and a form of bipolar disorder that occasionally drops him into a deep depression.

Umber's latest discovery is a boy named Happenstance, who has been left expressly for Umber to find, alone in a ruined city with no memory of his own past. Hap is an extraordinary person himself. His weird-looking, green eyes can see great distances and in total darkness. He can jump amazingly high. He never sleeps. And as his story moves forward from its blank first page, he discovers other powers, as well as ominous hints about where he comes from.

Somehow Umber thinks Hap is going to be important. He arrives at what may be a critical point in Kurahaven's history, as an old king lies sick in bed, watched by three princes of widely different character. Plus, Hap has a stalker: a horrible creature dubbed the Creep, who has strange powers and gruesome plans of his own.

Protecting Hap while searching for answers about who or what he is will be a fulltime job, even for a sharp file like Umber. It will call for the best talents of the remarkable people Umber has gathered around himself. Soon there are mysteries within mysteries: Who are the people known as Meddlers? Why did an archivist abscond with all Lord Umber's books about them? What is in the letter Hap passed along to Umber at the moment they met, a letter Umber is in no hurry to share? What secret does Umber keep in his study? What guest does he keep in his dungeon?

Hap will have to wait until another book for answers to some of these questions. For others, he will have to prove himself worthy of Lord Umber's confidence. You'll squirm with the lad as he tries to fit in with the prickly members of Umber's household. You'll grin as you start to understand the strange world Umber comes from. You'll shiver at the grandeur of the canvas the story is drawn on, and the amazing things drawn on it, from the Leviathan Barge to the royal palace, where grim forebodings might make you shiver again. And you'll hold your breath as Hap faces his worst fears, and things he ought to fear even more, on the stormy night when the Creep reappears.

These days, new fantasy series for young readers are coming out thick and fast. With so many fantasy worlds beckoning, it may seem next to impossible to choose your next destination. To make its way among all the others, a new series has to have a distinct, original idea behind it, and it has move toward something exciting. The characters in it need to be well-rounded people, complete with flaws and problems that make them interesting and that keep the story spinning in unexpected directions. Some wit and humor, a touch of romance, a wistful shade of tragedy, a quirky glimmer of the real world, and the promise of strange and urgent undertakings in the fantasy world, would be helpful. P. W. Catanese brings all of these things together. So if you're ready for the next head trip after Harry Potter, this book may be your ticket.

An Ocean of Magic
by Stephen Elboz
Recommended Ages: 11+

Here is the fourth of the Kit Stixby adventures, featuring a boy wizard whose best friends are a flying carpet (named Carpet) and Queen Victoria's favorite grandson (named Henry).

Kit's father, the Witch Doctor Royal, has been sent to Brazil to collect specimens of rare plants and animals. Kit flies to meet him for the trip home, but terrible news awaits him when he steps off the airship. Dr. Stixby and his meek assistant have gone missing in the Sargasso sea, a place where ships, zeppelins, and even whole islands have been known to disappear.

Fiercely determined to find his Dad, Kit joins another old friend - Mr. Skinner of Scotland Yard - to search the sea. Soon enough the mystery is solved when a monstrous pirate ship literally swallows the ship the boys were on. They come ashore on an island stocked with bakelite trees, fierce mechanimals, and rowdy pirates: a mechanical island, a ship really, created by the very same Stafford Sparks whose evil plans Kit has thwarted one after another. 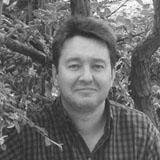 This time it will take more than one boy wizard's reckless power and half-baked plans to thwart that criminal genius. For Sparks has invented a terrifying weapon, and he plans to use it to hold the British government to ransom. His first target: a luxury liner containing Dr. Stixby's priceless botanical specimens and a hold crowded with shipwreck survivors.

Once again, fans of J. K. Rowling will get a kick out of this very different boy wizard. Passionate, volatile, frequently in very high spirits, Kit is a little devil and no mistake. He mangles grammar, neglects his manners, flies fearlessly into danger, and makes it his business to save everybody he can while staying a step or two behind one of the nastiest non-magical villains ever to plague the magical world. Along the way he befriends a nereid, plans a jailbreak and a pirate battle, engineers a novel way to survive a plane crash at sea, and solicits the prayers of a cigar-chomping nun (whose whole convent prays full-time for the safety of pasengers on Catholic Airways, ecclesiastical class). For sheer funniness, it's hard to beat this fast-paced, eventful tale of magic and adventure.

How do you top a novel in which your teenage narrator dies and rises again to save the world? The author of The Extraordinary Adventures of Alfred Kropp attempts it, at least. His answer involves a 3,000-year-old brass urn in which a bazillion demons have been sealed since the reign of King Solomon. They can only get out with the aid of a ring - the Seal of Solomon - whose wearer commands an army powerful enough to destroy the world. And the only person with a chance of stopping it is, you guessed it, 15-year-old Alfred Kropp.

Kropp isn't just any 15-year-old. He is a big, strong lad with a habit of honesty that some people (including himself) confuse with being simpleminded. He chatters nonstop when nervous, which leads him to make some very clever and funny remarks and shows that he isn't so simple after all. He also happens to be a billionaire, the last living descendant of Sir Lancelot, and a hero whose blood heals wounds. Nevertheless, by the same cruel logic that finds Harry Potter living with the Dursleys, this young paladin is stuck in a crummy foster home in Knoxville, Tennessee.

Just as Kropp is about to run away, he gets captured instead. Captured by a rogue agent of OIPEP (don't ask), who has stolen the seal and plans to unleash a demonic reign of terror on the world. Why does he need Kropp for this? It has something to do with the boy's blood, which has other properties OIPEP is interested in. Anyway, as soon as ex-Agent Mike Arnold smashes through his bedroom window, Kropp embarks on a non-stop journey full of murder attempts (mostly against himself), daring escapes, colossal battles, and all his worst fears. He nearly drowns, falls out of the sky, drives a very fast car through a hailstorm of fire and brimstone, and bonds with an agent whose very name -

Operative Nine - means that, for the sake of his mission, everyone and everything is expendable.

If Kropp went through death in his first adventure, he goes through hell in this one. There aren't very many young-adult adventures whose heroes face the kind of danger Kropp faces. He's not an everyday hero. And this is not an everyday adventure. In spite of being something like a teenaged cross between Sir Galahad and James Bond, Kropp is also a thoughtful hero whose thoughts are worth knowing. For a hero who doesn't believe in God, Kropp packs some amazing spiritual experiences into his young life. And for a high-paced thriller, this book also packs some surprisingly penetrating insights into the nature of heaven and hell. I'm not saying it will make a believer out of you; but if you believe how much Kropp grows during this adventure, you'll have to see the third book in this series, Alfred Kropp: The Thirteenth Skull.
Posted by RobbieFish at 8:08 AM