This sequel to Love That Dog is another short novel in the form of poetry. Made up entirely of the poems Jack writes for his teacher, Ms. Stretchberry, during the course of a school year, this book shows us another year of a bright, sensitive boy's life: his joys and heartaches, the questions he turns over in his head, his growing appreciation of poetry and mastery of poetic techniques. And because Jack is constantly inspired by certain poems by T. S. Eliot, William Carlos Williams, and others, the book also includes those poems in a helpful appendix.

What happens in the story? It has something to do with a boy coming to terms with the loss of his beloved dog and learning to appreciate cats -- even the nasty black cat in the neighborhood.

Sharon Creech communicates all this to us with touching sensitivity, yet in the simple, unguarded language of a young schoolboy. Adults and children alike will enjoy this warmhearted little book.

Into the Wild
by Sarah Beth Durst
Recommended Ages: 12+

Jon Krakauer has written a nonfiction book under this title, and it's a good book. It was made into a movie in 2007, and it tells the story of a well-brought-up young man who went "back to nature," only to starve to death in the Alaskan bush. I read it years ago and thought it was an excellent piece of feature journalism. But that's not this book.

Into the Wild is also the title of the first book in Erin Hunter's Warriors series, which I have yet to read. It has something to do with a house cat who runs away and joins a clan of wild cats. That's also not this book.

This book is about a different kind of wilderness. "The wild" here means the world of folklore and fairy tales, a world with its own rules of nature, its own will, even a kind of consciousness of its own. Until 500 years ago, "The Wild" compelled its immortal inhabitants to live out their stories from start to finish; and each time a story ended, the people in it started over with their memories wiped of whatever they had learned along the way.

But the characters rebelled. They broke free of their roles and their stories. As this story begins in a present-day town in Massachusetts, what is left of the wild is kept under the bed of an ordinary teenage girl named Julie Marchen... ordinary, that is, except that her brother is a talking, upright-walking cat; her grandmother is a reformed witch who manages the Wishing Well Motel; and her hairdresser mother is none other than Rapunzel. 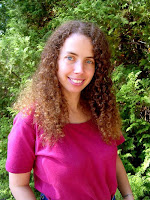 One night, over dinner with the seven dwarfs (an obnoxious lot), Julie loses her cool and swears that she wishes she had a normal family. If you could hear wishes backfiring, the sound of this one would make you hit the deck! For the next morning, Julie wakes up to find her quiet town turned into a disaster area. Somehow, the Wild has escaped, and it's spreading. It begins ruthlessly gobbling up buildings and territory and people, and turning them into characters in its endless stories. And everyone Julie cares about has already vanished into its leafy darkness.

So, ordinary or not, here Julie comes. Mounted on a bicycle, armed with seven-league boots and a backpack full of magic charms, she plunges into the wild, trying to save her family. All too soon, she loses everything she brought in with her except her wits. But even these are put to the test as the narrative rules of fairy lore fight her at every turn. Loved ones, deprived of their memories, turn into monsters and traitors. Negotiations with witches, wizards, griffins, and other beasties go oft awry. Caught up in a story of her own, Julie is at a loss how to escape. Here deprived of her memory, there put to the test by her own heart's desire, she must find true heroism within herself to save her family, her town, and her world from the Wild.

This is more than just an ironic spoof of fairy tales. It is a full-blooded, warm-hearted, dramatically intense adventure across an entire genre of well-known stories, stories we may know a bit differently once we see them from the inside out. If you enjoy behind-the-scenes fantasies about the world of literature and its characters -- a rapidly developing new genre -- you may also enjoy this book, as I did. And so you'll be thrilled to note that its sequel, Out of the Wild, is now in print.

Will Burrows is an aptly-named youngster. He loves to dig. It comes naturally to him. Lacking pigment in his skin, hair, and eyes, he is sensitive to light and a bit of a loner. So why shouldn't he while away his spare time tunneling into the soil bordering the town dump? Why shouldn't he build elaborate workings and excavate long-buried artifacts? Nothing makes Will feel better than sharing his discoveries with his father, Dr. Burrows, who runs the town museum and fantasizes about making a huge archaeological discovery.

Just as Will decides to share his secret passion with a friend - his only friend, a tough burly lad named Chester - his father starts keeping his own secrets from Will. While Dr. Burrows pursues a series of strange discoveries, their dysfunctional family begins to fall apart. Finally Will's father disappears altogether, and with a sister he hardly understands and a mother who isn't all there, he has no one to turn to except Chester.

Together they follow their only lead to Dr. Burrows' disappearance -- straight into the ground. It leads them to an underground colony that has survived for centuries, deep beneath London. And the adventure they have there isn't one of those charming romps through a land time forgot. It's a savage struggle for survival against an evil elite called the Styx, who rule the Colony with an iron fist. While Chester rots in a hideous jail, Will makes the astounding discovery that he has a family underground: an adoring grandma, a troublemaking uncle, a younger brother, and a real father he never knew - and who would rather not know him. 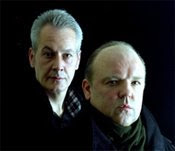 But Will can't forget about Dr. Burrows, whom he still thinks of as Dad, and who has been banished to the Deeps far beneath the Colony. Nor can he forget about Chester, who is in deep trouble simply because he trusted Will. Determined to save Chester and reunite with his Dad, Will embarks on a perilous adventure. And if the words "perilous adventure" have become pale and limp through overuse in these reviews, let me emphasize the incredibly serious, deadly awful danger Will and his colonial friends go through.

They run a gauntlet of Styx nasties, ferocious creatures, deadly plagues, bitter betrayals, and crushing losses, while an enemy of I-kid-you-not diabolical cruelty looms always a step behind, if not a step ahead of them. Good people die. Will and the people he cares about really suffer. And by the end Will, his brother, his friend, and his father face an uncertain fate as outcasts in a harsh underworld, knowing they are hunted by a resourceful and merciless enemy. So when I call it a "perilous adventure," I mean it is one of the deepest, darkest places children's fantasy literature is likely to take you. Ever.

Which is also to say, you may enjoy it. You may even love it. I did. I'm utterly hooked. And I'm looking forward to the sequel, Deeper, due to be released next month.

The co-authors of The Book of General Ignorance are back with this tightly-written, riveting account of the most amazing facts about 100 kinds of animals, ranging from your backyard (or even inside your home) to the farthest reaches of the world. Decorated by Ted Dewan's quirky but effective illustrations, the book draws laughs and blushes while it informs.

And boy, does it inform! It explodes a thousand myths. It throws light on secrets of the natural world you would never have dreamed of. Some of them will make you shudder. Some will make you gasp in amazement. You will shake your head at some. And don't forget those laughs and blushes! I would say Sex Ed. was a prerequisite for reading this book, but really, it's like a full-credit course on the Birds & the Bees, with side helpings of komodo dragon, naked mole rat, termite, toad, and penguin, just to name a few.

I do have a few bones to pick with this book. Most of them have to do with typos and layout errors, which I hope were fixed between the Uncorrected Proof I read and the final published edition. My main concern would be the prominence of evolutionary theory in practically every point under discussion.

Evolution isn't just taken as a given; it is touted with evangelical zeal, and sometimes with arguments that do not follow logically, if viewed from an objective, one-step-back perspective. At one point the book even takes a pot-shot at people viewing the mind-blowing "survival adaptations" described in it as a sign of intelligent design. Frankly, after reading 100 chapters filled with examples of such "adaptations," it's hard not to question the likelihood of all these fortuitous features coming together by random chance. Is this an illusion or emotion-driven fallacy? Or is it a sign that evolutionary theory has more to account for before it can be asserted without fanatical bias?

Well, that's my take on it, anyway. I still enjoyed the book, and I am delighted with many of the facts I learned from it. There are facts and then there are facts. Here's one: you can actually learn and be entertained at the same time. As an added bonus, you can also be stimulated to care and to work for the survival of endangered species. Here is a book that does all three things. If you're as ignorant about animals as I am, look it over!
Posted by RobbieFish at 12:45 PM