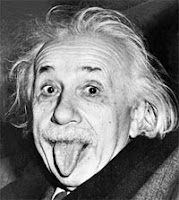 I bumped into a random stranger in a random aisle of my neighborhood supermarket, and got into a thought provoking conversation. This guy had come to St. Louis intending to do doctoral work at Concordia Seminary. For one reason or another, he had changed his mind and was now planning to move on to the next big thing. Our chat provoked thought on what college and seminary students have to put up with, especially at a graduate level.

So I started thinking about rules that students should hold their schools and professors to. This isn't an exhaustive list... just the beginning of something that I might add to later. 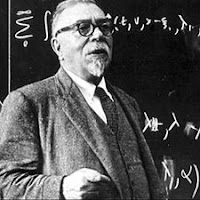 RULE #1: The objective of a class, or what skills the student will learn from it, should be clear from the start. The gentleman in the aisle, for example, related a story from his master's degree studies in which he had signed up for an Old Testament exegetical course, the only one then offered by his department. He expected the class to give him some practical experience in interpreting Scripture in its original languages. Instead, the class spent the whole semester pouring over a single chapter of the book of Leviticus. There might be something to be said for such an intensive, in-depth study. But in reality, the professor treated the students in the course as graduate assistants, helping him write his next book. He didn't impart anything to them except an interpretation of that chapter so tediously detailed that it lost the forest for the trees. In a similar position, I would have asked for my tuition back.

RULE #2: All "required readings" should make a valuable addition to each student's permanent library. Any other materials should be put on library reserve. Again, my friend in the grocery aisle furnished an example to illustrate this rule, though I could also speak from personal experience. He described a course in which the teacher made everyone buy five expensive books, each one supposedly illustrating a different school of biblical interpretation. The teacher then proceeded to tear each book to shreds, in detail; as it turned out, they weren't even good examples of their own schools of thought. One result was that the students ended up none the wiser as to what each of those interpretive methods really looked like (which takes us back to Rule #1). Another result was that they were all stuck with a pile of expensive books that they couldn't re-sell and that, they now knew, would be of no use to them in the future. 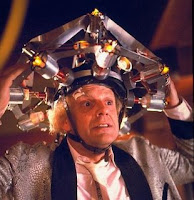 RULE #3: Professors who fail to solicit course evaluations from their students should not be kept around. My impromptu friend also related an incident in which a professor did not invite any feedback from his students. He got it anyway. My friend turned in a "write-in" ballot. And later, when he asked the prof about it, he found out that almost everyone else in the class had done the same. The prof seemed a bit glum about the results. He should be. People don't spend tens of thousands of dollars on tuition out of charity, to support the absent-minded professor's pet preoccupations. They are trying to improve their own value on the job market. So, in the courses they pay so dearly to take, a little marketable value shouldn't be too much to ask. If a prof is offering a bad deal, the market needs to know that. 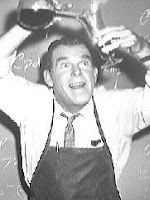 RULE #4: The best service an academic adviser can provide is to estimate a scholar's likelihood of getting a better job with the degree he is thinking about taking. One good thing came out of the experiences my ephemeral friend related. He told how, before he actually started the doctoral program at Concordia Seminary, he asked his adviser what his chances were of getting a job with a doctorate in such-and-so, and at the age he would be when he finished his degree. When the adviser (candidly) told him Zero, the would-be scholar (wisely) changed his plans. Perhaps even more helpfully, his adviser told him that his chances of parlaying a doctorate in ____ into a career in ____ would be slim even if he were 20 years younger.

Which is to say, my age. And that very helpfully settles some questions I've been mulling over regarding my own future career, in and out of school. I could hardly afford to go in for a doctorate, even if I didn't now doubt that it would benefit me in the career field. So I can at least thank one unnamed prof for telling a guy I met just once news neither of us wanted to hear.... It may have saved me from pointlessly facing more profs who probably won't live by these rules!
Posted by RobbieFish at 9:23 PM

Email ThisBlogThis!Share to TwitterShare to FacebookShare to Pinterest
Labels: grouchiness

Rule #4 is a very good point. That is something I have thought about many times in the past several years. Thinking back on my conversations with my M.A. advisor, though, I have to conclude that these people become professors in the first place because they don't know anything about the real world-- you know, the big scary place, full of eeeevil capitalists, outside the university.

If I really wanted career advice--at least, advice about any career other than that of professor--I'd go find somebody in the field in question to talk to.

Also, I would like to propose a few more rules:

5. Graduate students are adults and usually have careers, families and other obligations which they have to juggle. School and school-related social functions are usually not the most important thing in their world, nor should they be.

6. There should not be any unwritten requirements for graduation. My grad school required us to "voluntarily" run a student association; you didn't get any credit for it, and it wasn't mandatory, but not being a visible particpant could cause important professors to become... cold towards you. Granted, the association was a really good experience (I actually learned some "real world" stuff though it) but couldn't they have TOLD us about it before we signed on?

Folks in 3 different offices gave me the runaround for weeks & in the end it all came down to a Catch-22: The registar wouldn't sign me up for the class unless I gave him a receipt for the tuition, and the cashier couldn't charge me tuition unless I was registered. And since it was a zero-credit class, the "tuition" actually amounted to something like a $15 late-registration fee.

It was then that I started developing my theory that education in America consists of being hazed until someone decides you've suffered enough, and paid enough money, to earn a degree.