The Forties by Four

This weekend I took in another performance by the St. Louis Symphony, with music director David Robertson conducting the orchestra in four pieces written during the 1940s. 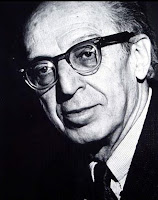 First, the orchestra's own principal clarinettist, the youthful but tremendously talented Scott Andrews, shone in the solo part of Aaron Copland's Concerto for Clarinet, Strings, and Harp. Composed on commission for Benny Goodman, this two-movement piece completed in 1949 may be Copland's most beautiful work. It begins with a consoling slow movement in which a clarinet melody seems to soar within a vast expanse of starlight, contemplating in silvery hues the world below with a blend of warmth and loneliness--rather as one might muse over a lover sleeping by one's side during a night of solitary wakefulness. The second movement is an active, changeful, and subtly jazz-inflected sonic cityscape with lots of acrobatics for the solo part.

Second on the program was Igor Stravinsky's Symphony in Three Movements, a typically abstract title for a work by that champion of "pure music." Commissioned by the New York Philharmonic and premiered with that orchestra in 1946, this symphony took shape during the final years of World War II. Uncharacteristically, Stravinsky did admit to drawing inspiration from newsreel footage about the war, including a "goose-stepping" theme in the finale, among other things; he even ventured to nickname it his "war symphony." Nevertheless, it was not originally planned as a symphony, nor can its movements be readily analyzed in light of classic symphonic form. Actually, Stravinsky combined the opening movement of an unfinished piano concerto with a scene from his aborted score for the film The Song of Bernadette, added a rambunctious third movement, and lo! A symphony!

Still, it is an exciting piece to hear, full of rhythmic drive and mercurial shifts of tone color, texture, mood, and thematic material. Conductor Roberton joked, during his pre-concert lecture, that the second movement paints a musical portrait of clucking chickens. But actually, the whole symphony comes across as a stimulating glimpse into an active and intelligent mind, aswarm with energetic thoughts, illuminated by rapidly shifting patterns of light and shadow, or rather by a vast variety of instrumental colorings making creative use of a large orchestra.

Benjamin Britten led off the second half of the concert with his 1943 Serenade for Tenor, Horn, and Strings. The orchestra's principal horn Roger Kaza furnished the instrumental solo, alternating between a modern valved horn and a valveless "natural horn" of a more elderly type. Unfortunately, his performance repeatedly brought to mind my theory that the French horn must be the most difficult to play of all instruments in the standard orchestra. For even in a world-class orchestra, whether or not a player flubs the first note of any crucial, exposed horn solo seems to be a matter of pure chance. Since Kaza joined the SLSO a year or two ago, the orchestra's luck in that area doesn't seem to have improved. 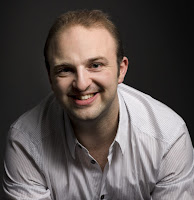 Balancing this less-than-satisfying horn part, however, was a truly marvelous performance by tenor soloist Andrew Kennedy. Singing his part entirely by memory, Kennedy displayed a consistently beautiful tone, perfect intonation, and a wide range both of pitch and expression. Sometimes I felt that Britten's vocal line wanted a bit more melodic inspiration, but Kennedy sang it with heart. The lyrics consisted of a series of poems on various aspects of night, taken from a range of writers from Jonson to Tennyson. I was particularly riveted by the spooky "Lyke-Wake Dirge," a 15th century text depicting the soul's journey through various stages of the afterlife, including Purgatory, and the tests it faces based on whether or not one clothed the naked, fed the hungry, etc. It's a hair-raising document of superstitious, judgment-fearing, works-righteous medieval religion which, incidentally, I have also heard set to music by Stravinsky (in his intriguing Cantata).

The grand finale of the concert was Shostakovich's Ninth Symphony. Written in 1945, at a time when everyone (by which I mean Stalin, who attended the premiere) expected a grandiose work celebrating the Soviet Union's victory over Nazi Germany. You know: a big, blustery, Ninth Symphony after Beethoven, with titanic themes gravely wrestling for victory, concluding with triumphal peroration for a huge orchestra and chorus. Instead, Shostakovich wrote the work that, of his fifteen symphonies, comes closest to the scale and lightness of a Haydn symphony.

Its five movements include, to be sure, not one but two slow movements, whose themes represent the oppressed soul of the Russian people under Stalinist tyranny (according to Soviet conductor Kyril Kondrashin, who mentored David Robertson on this piece during the short time he lived after defecting to the Netherlands). But they also include a taut first movement full of wry wit, an amusing scherzo, and a finale that increasingly turns the fourth movement's anguished bassoon soliloquy into a gross parody of a patriotic march. Robertson's most poignant observation, before the concert, was how that final bassoon solo is like the voice of a court jester reluctantly trying out the punchline of a joke that he knows is going to get him killed. With Stalin on hand at the first performance of a piece whose final bars unmistakably translate as "Stalin is a pig," it's a wonder Shostakovich survived.

Shostakovich has fascinated and perplexed me for many years. I have always sensed that he could have been a much greater composer. Many of his pieces, like this symphony, are fraught with the tension between pure musical merit (by which a piece could stand on its own without any reference to its historical context) and political signifiance. I'm particularly torn between liking this symphony as a somewhat richer, deeper sally into territory previously occupied by Prokofiev's "Classical" Symphony, and an admiration of the spirit its composer expresses therein, given the situation in which it was composed. Without doubt, it is a great example of the possibilities for blending unquenchable courage and morbid sarcasm in a single piece of music. It is also a fascinating study in deliberately incorporating artifacts of soul-crushing banality into an art work of great sophistication and pathos. 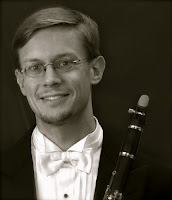 But what makes it the ideal work to conclude this concert--especially in contrast to the Stravinsky symphony heard earlier--is its clarity of form and cleanness of line, its composer's very neo-classical way of following through on an idea with relentless consistency, its uncluttered canvas and its directness in storytelling. Even those who scratched their heads at Stravinsky--though, as the dates of these four pieces attest, Igor Fyodorovich was no more "modern" than any of the other composers on this night's program--could come away from the closing chords of Shostakovich's Ninth knowing that they had heard a terrific concert.
Posted by RobbieFish at 10:00 PM