When I was a kid, some of my favorite books were mysteries. I read most of Agatha Christie's books between seventh and ninth grade - as many of them as I could find, at any rate. Some of her books were a little dull, but I loved all the macabre puzzles, sinister clues, and surprise revelations - to say nothing of the unconventional sleuths. Instead of police inspectors and professional snoops, ordinary people solved most of Christie's mysteries. Extraordinary, ordinary people, to be sure: the keenly observant Miss Marple, the dapper Belgian rationalist Poirot, a nosy housewife named Tuppence, and others of the sort. Through these characters, Agatha Christie was able to do more than pose mysteries and dramatically reveal their solution.

She also used them to comment on politics, world events during her long writing career, scientific and technological progress, the social problems of the leisure class, marriage, and aging.

Gilbert Keith Chesterton's "Father Brown" mysteries may appeal to a similar taste. Written in the early decades of the 20th century, they celebrate the mystery-solving genius of a little, round-faced, mild-mannered Catholic priest. Chesterton writes with all of Christie's Englishness, plus a leaner style and a sharper wit. Meanwhile, his main character slides unobtrusively into each mystery, making little impression on anyone until he solves the crime - constantly underestimated, constantly surprising, constantly putting together pieces no one else would have spotted, and constantly making use of his brutally realistic view of human nature, learned by experience as a father confessor.

In the twelve mysteries in this book, Father Brown is nearly always accompanied by his friend Flambeau - a criminal genius turned private detective, whose different worldview often pricks an enlightening contrast to that of the little priest. He solves several crimes before they happen, and prevents them from happening. He saves the innocent from being framed. He discovers the guilt of a martyred hero. And he invariably finds time to make a theological observation - often, mind you, disparaging of Protestantism and other religions. 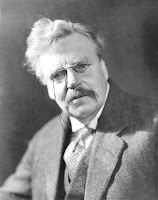 Each tale is a compelling little who-done-it, breezy and quick and fun to read, with a biting climax and a swift denouement. And each one is also, in its small way, an effort in Catholic apologetics. I sometimes agreed with this last point, sometimes not, but I was intrigued by the connection between a Christian minister's unvarnished insight into man's nature and the ability to penetrate the deepest, densest tangle of clues.

I found this book online, thanks to a comment by a reader which included the link. It's the first time I've ever reviewed a book without having held it in my hands. I actually read the whole thing online, using a click of the mouse to turn from one page to the next. It is probably an experiment I won't repeat very often, since there's still nothing better than stretching out in bed with a good book. But if I ever have trouble finding even a used copy of something special, I may look for it on Project Gutenberg.

Twins Pip and Tim Ledger have a big secret - as big a secret as two healthy, well-behaved kids are likely to keep from their parents. For their friend Sebastian is actually a 600-year-old alchemist, who has stayed their age through the years by means of a sleeping draught. And he lives in their house, which rightfully belongs to him, emerging from his underground laboratory only when he senses the need to fight evil.

Since they vanquished the nasty alchemist d'Aurellac last summer, the twins haven't seen much of Sebastian. But as the school year begins, he returns. Something wicked is at work in their new school. Their chemistry teacher is a soul stealer, master of the art of controlling other people's wills. Together with an ill-smelling, apelike student named Scrotton, who is really something like a 2,000-year-old reanimated corpse, Mr. Yoland seems to be planning something big. And bad.

Sebastian gives his friends new powers as punitors, or punishers of evil. He loads them with protective charms. He leads them on an investigation of the eerie and bizarre doings of Scrotton and Yoland. He even takes the extraordinary step of joining the twins at school, and trying to fit in with modern kids. So even as the Ledgers learn more than they ever wanted to know about the alchemical dark arts (occult-sensitive readers beware), it is Sebastian who looks like the fish out of water. Only Philippa's quick wits and her brother's technological savvy keep the whole charade from falling flat. 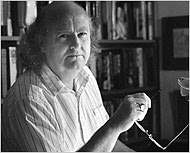 This is a fleet-footed, enjoyable fantasy. It packs two or three books' worth of creepiness, weird images, shudders and shocks between its covers. Plus, in Tim, it has a character who can single-handedly keep you engaged even if the rest of it isn't to your taste. Tim is one of the cheekiest and most relentlessly funny book-people I have met in a long time, keeping the atmosphere light and the fantasy down-to-earth. When one character becomes as real an individual as he does in this book, he's worth getting to know.

This sequel to Doctor Illuminatus, also described as Part II of "The Alchemist's Son," reads like the middle book of a trilogy, or at least part of an ongoing series. Unfortunately, it won't be either, since it is one of the last books Martin Booth completed before dying of cancer in 2004. It's a pity we won't hear more from him, since in addition to his fine career in poetry, nonfiction, and adult fiction, he had the makings of a good thing in young-adult fantasy.

In this first book of the Dreamhouse Kings series, the King family moves into their dream house and joins a nightmare already in progress. The oldest of three kids, Xander is bitter about leaving his friends, home, and budding film career to live in the remote,

Northern California town of Pinedale. But his father is going to be the new school principal, and for the sake of his family Xander has no choice but to move.

On such short notice, all they can find to live in is a motel. But on their first day of house-hunting, Xander's parents follow an overgrown road into the woods and discover a big, Victorian house whose owners left everything behind. In fact, the last family to live there literally disappeared some 30 years before. Rumor has it that the father went crazy and killed the whole family, then himself.

If you're picking up a spooky vibe here, you're no quicker than Xander. He's seen all the horror movies and he knows what comes next. And it does. Weird noises. Huge footprints in the dust. Shadowy figures appearing from one direction when the rest of the family is in another. A clearing in the woods where the laws of spacetime are a little warped. A linen closet that transports people to a locker in Xander's new school. It just gets weirder and weirder until the night a hairy hulk appears in the bedroom of Xander's kid sister and says something to her in ancient Greek. Xander and his 12-year-old brother David find a secret door, leading to a secret stairway, leading to a secret attic containing an impossibly long hallway full of doors, and behind each door is... 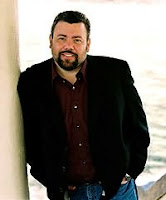 All right, I can't tell you what's behind them. Even if I had enough space to explain it, by the time I did so you would have no further reason to read this book. But I can tell you this much: it's dangerous. So dangerous that, when each brother goes through one of the doors, they both come this close to dying. So dangerous that their father says that's enough, they're going to pack up and leave in the morning. And then, wouldn't you know it, something happens that night to make sure they stay and face the incredible dangers behind those doors.

A family secret, bound up in a house that defies the laws of nature, returns to hit the King family where it hurts. Now they are committed to an adventure into deadly realms of supernatural horror. To find out how - or if - they survive, you'll have to read the further books in this series, including Watcher in the Woods, Gatekeepers, and Timescape.

Stubborn, strong-willed Charlotte Mielswetski has already been to the Underworld and back. She saved Hades from having his kingdom snatched from him by an evil immortal named Philonecron. She rescued countless English and American kids from a lifetime as vegetables, or worse, caused by Philonecron's scheme to create an army by stealing children's shadows. She saved her cousin Zachary (better known as Zee) from a lifetime as Philonecron's eternal puppet-slave. And, last but not least, she saved the entire human race from eternal torment. Not bad for a girl who didn't even believe in Greek myths. Her thanks for all this heroic saving? Being grounded for life, treated like a juvenile delinquent, and forced to undergo therapy.

Life is unfair, but at least Charlotte has Zee. He's the one person she can share her secret with, other than their former English teacher Mr. Metos, who has gone away on other business. They lean on each other more and more as they struggle to make sense of a world (and underworld) whose rules they alone know. But then, suddenly, Zee changes. He becomes like another person, morphing from a shy, well-mannered boy who gets tongue-tied around girls into a devil-may-care chick magnet. He dates, then dumps, Charlotte's best friend, treats her like a jerk, and says he doesn't care about Mr. Metos or the rest of it any more.

Feeling more alone than ever before, Charlotte agrees to join her parents on a history-themed cruise up the American east coast. Little does she know that the whole cruise has been set up so that the second most powerful god in the universe can extract his revenge. Poseidon the Earth-Shaker, god of the sea, hates Charlotte because she stood up to the gods (a real no-no for a mortal), and because her heroism thwarted the evil plans of his maimed but still evil grandson Philonecron. 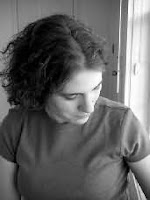 Poseidon's plan is to keep Charlotte's parents and all the other adults on the ship mesmerized until a giant sea monster comes along to eat them.

Meanwhile, Philonecron is moving forward with his own plans to take over the entire universe - beginning with Zee. Some of what Charlotte has been going through is connected with Philonecron's plan to bring Zee back under his power before she can do anything about it. But neither of these nasty immortals reckons on Charlotte having plans of her own. Guided by a cute boy whose father is a minor sea god, she sneaks on board Poseidon's luxury yacht and spoils his villainously divine party as only a tough-spirited, ticked-off, red-headed girl can do.

Anne Ursu's second juvenile fantasy novel is even better than the first. Jammed with wry humor guaranteed to work on a teen level - or on the level of anyone who has ever worked with teens - it brews an intoxicating adventure out of such everyday high-school ingredients as zits, crushes, Greek myths, gym teacher proverbs, parent-child conflicts, and pets. Then it jazzes them up with some exotic spices, such as a giant squid, an all-powerful weapon, a hypnotic lounge singer, and a shape-changing god who needs to spend more quality time with his kids. There are laughs, thrills, mysteries, or moments of suspense on nearly every page. I have good reason to expect the final book in the trilogy, titled The Immortal Fire, to be at least as good.
Posted by RobbieFish at 1:07 PM