Never mind why, but I've been thinking about easily confused words. Among them are the words "perversity" versus "perversion." And I think I've discovered a connection between them.

Something perverted is called a perversion. On the other hand, perversity is the quality of something being perverse. This is an interesting distinction between two very similar and, one might suppose, closely related words. But they don't mean the same thing.

You may speak appreciatively of something being perverse - though your appreciation is probably a little perverse itself. But calling someone a pervert expresses the purest and deepest disapproval, without a shred of sympathy. Perversity is something we all put up with in the world of careers, politics, and popular entertainment; in the right frame of mind, 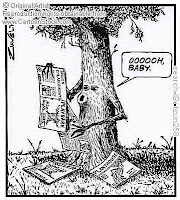 we can even laugh at it. But perversion makes us shudder: something outside the bounds of our everyday expectations, something from which we want to insulate ourselves and our loved ones.

But there are desires that can be both perverse and perverted. And that is where the two words intersect. A desire is perverse when, the moment the object of desire is obtained, it becomes undesirable. Or, when gratification destroys what it desires. The same desire becomes perverted when you actually enjoy the perversity of it. In other words, perversion is the compulsive gratification of a self-defeating wish.

This particular play on words has been growing on my mind for a while. Why? Perhaps because I spend so much time on the internet. A lot of perversity is on display out here; as is every shape, size, and color of perversion. Some of both can be viewed for free. But make no mistake; there's a price tag on every page of perversion. 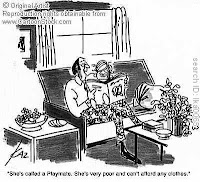 It is a self-defeating wish (perverse) which feeds on itself until the user is enslaved (perverted). 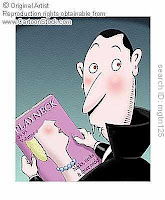 Does this necessarily happen? No. But so many habitual, violent criminals can trace the beginnings of their trouble to an addiction to porn that it has to be considered a factor. Joyfully embracing perversity can lead to perversion. Appreciating the misbehavior of others can lead to misbehavior. Squelching the voice of conscience that says, "This is wrong" - or even taking a perverse pleasure in going against that voice, engaging in titillating fantasies of a world without moral scruples while riding the high of going against one's own - ends with that voice of conscience muffled to the point of inaudibility, and one's behavior unchecked by any scruples whatever.

Perversely, this bondage, this slavery, this addiction, is promoted as a kind of freedom. Perversely, this infantile fascination with bodily functions, this childish undisciplined rush to gratify every desire without countenancing a "no" answer, is described as "adult" entertainment. Perversely, this sop to the lowest instincts of our race, this repetitive and unchanging drivel, is presented as a matter of "choice" and "expression," while any movement to oppose it is characterized as mean-spirited, close-minded, deterministic, and unenlightened. 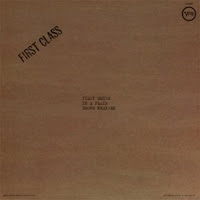 I'm not saying, "There oughtta be a law." I'm just pointing out a linguistic distinction. One has to appreciate the perversity of a system that protects pornography, while pornography attacks that system. But be careful! If you enjoy perversity, for its own sake, you might - just possibly - become a pervert.
Posted by RobbieFish at 8:14 PM