Teens who loved Leon and the Spitting Image may also enjoy this adult novel by the same author. Like Kurzweil's juvenile fiction, this book combines a wealth of informative trivia with quirky characters, offbeat humor, and a murder-free mystery whose ultimate lack of a solution is balanced by the satisfaction of seeing the main character grow and develop.

That character, our narrator, is a New York reference librarian named Alexander Short. He is a man of unusual interests. He worships the Dewey Decimal cataloguing system and studies forms of penmanship for fun. He constantly jots down lists in a notebook that he keeps literally tied to his shirt, and he goes gaga over forms of enclosure (such as secret compartments in furniture).

One day a stylish, elderly library patron approaches Xander's desk and hands him a beautifully penned request for a book on secret compartments. His interest piqued, Xander agrees to help this stranger with a special case. Mr. Henry James Jesson III, who seems to live in another century, shows our hero a house full of rare books, maps, and artifacts. Prized above all else is a case of curiosities containing, among other things, a nail on which some unknown object once hung. Xander's mission, should he choose to accept it, is to find that object and complete the collection. 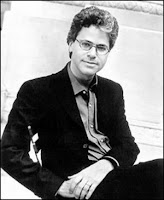 As imperfect as Xander is, he seems to be the perfect man for this mission. As this research wizard does his magic, we get an easy-to-swallow education on the structure and procedures of a modern research library, and on the means at any well-motivated researcher's disposal to find facts buried within a worldful of information. Meanwhile, Xander risks his career and his marriage to a sexually frustrated, French pop-up-book designer. And as he finds out more and more about a priceless, vanished timepiece, he also learns how Jesson has deceived and manipulated him. This discovery finally pushes Xander to take charge of his life and make full use of his powers.

Here is a tale in which revenge is not altogether sweet, nor are endings altogether neat. It has an unceasing flow of wit, a touch of blushworthy naughtiness, more than a touch of suspense, and a lot of practical information about how to do research. And it reveals how much mystery and wonder may come to people who love books and the worlds found in them.

Measle and the Mallockee
by Ian Ogilvy
Recommended Ages: 10+

A couple years ago, I gave a pile of slightly-used books to the young children of some friends I was visiting over the New Year. Among them were the first two Measle books by Ian Ogilvy. During that holiday I even read portions of the first book aloud, complete with character voices. Such was the glee of those children that, to this day,

I am told Measle and the Wrathmonk and Measle and the Dragodon are among their favorite books. I guess I know where I am going to send the other three books in the series when I am done reviewing them!

It was a used book dealer who finally put in my hands an Oxford University Press edition of this book and its two sequels, Measle and the Slitherghoul and Measle and the Doompit. HarperCollins does not seem to have continued their edition of the series past the second book. So my friends' kids will have to learn to visualize Measle Stubbs differently. Oh, well. It may be their first lesson in the differences between editions of books - and how the picture that really matters is the one the words create inside your head.

Ogilvy continues to inspire interesting pictures in the head, in this third book about Measle Stubbs - a small, grubby boy with an astounding knack for survival. Measle has been menaced by wrathmonks (a type of wizard driven insane by evil magic and a lust for power). He has been threatened by a dragodon (another type of wizard who controls a deadly-real dragon). But now he has a mallockee on his hands.

What is a mallockee? A mallockee is an extremely rare type of wizard. Wizards like Measle's father can only do one spell a day - even when their mana (magical power supply) is amplified by being married to a manafount, like Measle's mother. A mallockee, however, has an unlimited supply of mana. He or she can do one spell after another, though the effort can be exhausting. This is why itty bitty Matilda Stubbs keeps falling asleep after funny, unexplained things happen. Measle's baby sister is a mallockee! 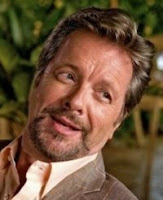 A mallockee in the wrong hands could be pretty dangerous. So says a council of warlocks (ambitious, untrustworthy types on a level between ordinary wizards and wrathmonks). But maybe they just want to get their hands on Matilda. The wrong hands indeed! Measle, Matilda, and their faithful dog Tinker flee, with he help of a friendly wizard named Toby Jugg, when the warlocks take Measle's parents prisoner. Now children and dog are on their own in a castle full of spooky dangers - alone except for a silly little wrathmonk named Iggy Niggle.

Led by the ever-resourceful Measle, these small heroes survive attacks by killer paintings, an animated suit of armor, and a house with a mind of its own. But they are only in real danger when they get to the bottom of a conspiracy to force Measle's manafount mother and mallockee sister to serve a warlock's wicked plans.

Loaded with chase scenes, monsters, magical spells, narrow escapes, and fiendish yet silly villains, this book continues the streak of laugh-out-loud, gasp-with-pleasure fun that began in Measle and the Wrathmonk. It will especially please kids who can appreciate British-flavored humor, such as the fact that Tinker's doggy thoughts have a cockney accent. This fact may have been lost on kids who read the first two books in the Americanized, HarperCollins edition - so it may come as a surprise. But the entertainment value of this book will be no surprise to fans of Ogilvy's work.
Posted by RobbieFish at 8:35 AM