I've been commuting two hours a day for the past year, during which time the only classical-music radio station I am equipped to receive went off the air. For a while, I have made do with talk radio... but I just can't take any more of it. Partly it's because of the same problem that drove me to stop watching TV except as a video player: I HATE COMMERCIALS.

I can't bear the amount of time commercial breaks steal from my life, time that I feel an urgent need to spend in a more meaningful way. And after I've heard the same commercial once or twice while driving to work each day, and then once or twice while driving home, I tend to develop a specific loathing for each recurring advertisement, a passion that can only be quenched by either changing the channel or turning the radio off. But no other channel will be any better; and with no radio on, I have to spend two hours a day listening to road noise. 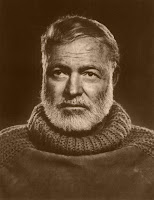 Fortunately, there is a third solution: popping disks into my car's CD player. I have lots and lots of CDs, mostly of classical music. The problem then becomes a matter of storage. Where do I put the suitcaseful of CDs I need to get me through each week's ten hours behind the wheel? I could listen to the same CD over and over, but that palls quickly. I have one or two cases that can hold 10 or 12 CDs, but these constantly have to be moved from the front of the car to the trunk and back, or taken into my apartment at night (whence, more often then not, I forget to take them out again in the morning), and reloaded with a fresh selection of CDs, and the previous week's picks put back where they belong, and when a disk needs to be changed while I'm in the middle of hair-raising highway traffic the case needs to be unzipped and its contents picked through--the old disk put away, the new taken out, etc.--just when it is least safe and convenient to do so.

So where does that leave me? It leaves me with boxed sets. Which is to say, for the most part, operas and audio books. I already own some opera recordings, and I've been buying more of them second-hand. I've never listened to audio books until lately, but now seemed good time to start. These, too, can be purchased second-hand; they are also, I find, a good thing to spend your 50% off Borders Rewards coupon on, especially if you have "Borders Bucks" to boot. And libraries hold books on CD as well. One of my colleagues tells me he is listening to Patrick O'Brian's "Aubreyiad" on CDs borrowed from the public library, and I think I may second him in that. But for now, here is what I've discovered in the world of audio books. 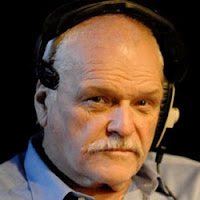 First, I listened to Brian Dennehy reading Ernest Hemingway's semi-fictional African memoir True at First Light, posthumously edited by the author's son Patrick from unfinished notes and accompanied by an afterword written and read by Patrick Hemingway himself. Apart from the quality of the book, which I judged to be excellent but on which I will write in more detail another time, it was a fine thing to listen to during the long tedious trips in my car. The nine CDs held my attention for almost a whole week. Dennehy's voice is easy on the ears, and he reads Hemingway with a sensitive intelligence that was just right for the role in which Hemingway cast himself. The author conjured an exotic world both threatening and threatened, and the reader gave voice to the author with elegant simplicity--getting out of the way, as it were, to let the spare beauty of the text shine through.

My next purchase was actually not an audio book, but a set of radio plays based on J. R. R. Tolkien's The Hobbit and The Lord of the Rings. Not only are all these books narrated by Gail Chugg, but they are fully dramatized (albeit in an adapted and somewhat abridged form). It is interesting to have experienced now three interpretations of The Lord of the Rings. First, there was Ralph Bakshi's 1978 animated film of the first half of the story, filmed in a groundbreaking process that involved painting over live-action photography, with a screenplay co-written by Peter S. Beagle and featuring John Hurt as Aragorn and Anthony "C-3PO" Daniels as Legolas. This was, at times, a very effective dramatization of the story that, in my opinion, was not altogether exceeded by Peter Jackson's mega-budget live-action trilogy, and in some details actually improves on it. (My father scoffs at this claim, but he has no patience with flawed masterpieces.)

Then, of course, there is Jackson's screen epic starring Ian McKellan, Viggo Mortensen, and so on. And now this radio play, which dates back almost as far as the Bakshi movie.

Actually there have been two radio dramatizations of The Lord of the Rings. More people will probably be familiar with the BBC's 1981 serial, featuring as Frodo Baggins the same Ian Holm who later played Bilbo for Peter Jackson; Bill Nighy (lately "Rufus Scrimgeour" in Harry Potter 7.1) as Sam, and Peter Woodthorpe as Gollum (a role he had also played for Bakshi). But the one I listened to was made in 1979 for America's NPR and it featured Bernard Mayes as Gandalf, Ray Reinhardt as Bilbo, John Vickery as Legolas, among others.

Again, like the Bakshi version, it included narrative details and interpretive nuances that I have missed in Jackson' s trilogy, and is a very satisfying account over-all. My main complaints about it are that James Arrington, in the lead role of Frodo, was so poorly cast that it almost ruined the whole program, and that Bernard Mayes, though perfect as Gandalf, was completely wrong for the part of Tom Bombadil - a character sadly left out of both film versions, but whom I have always pictured as the very soul of hearty masculinity rather than as the flamboyantly gay flibbertigibbet Mayes portrayed.

On the other hand, Ray Reinhardt nailed the character of Bilbo, both in LOTR and in The Hobbit, in such a "how did he know what Bilbo's voice sounds like in my mind's ear?" way that I wondered whether Ian Holm studied Reinhardt's performance before playing Bilbo in the movie. And nothing in the LOTR dramatization moved me as much as Bilbo's grief over the death of Thorin at the end of The Hobbit.

One of these days, I am going to rent, borrow, or buy (second-hand) a CD boxed-set of the BBC's radio play of LOTR for comparison. I think it would be hard for them to improve on Reinhardt's Bilbo or Mayes's Gandalf, but with Ian Holm as Frodo, etc., I think I can expect an even more enjoyable listening experience.

Meanwhile, I have moved on to another Hemingway book, his non-fiction treatise on bullfighting titled Death in the Afternoon. So far, just over 2 disks into it, I can tell you that reader Boyd Gaines is a fine actor with a mastery of language and a sound that matches my mind's ear's image of Hemingway in at age 33, as he was when the book came out in 1932. Gaines is such an instinctive mimic that at times he inadvertently gives Hemingway a Spanish accent. I love it when readers get carried away! Like True at First Light, this book depicts in vivid detail a way of life that seems both threatening and threatened, blending the journalistic approach of a foreign observer with an aficionado's apologetic treatment. The book is basically about how to enjoy the bullfight properly, but this includes how to enjoy oneself in Spain (as it was then), how to write well about enjoying oneself in Spain, and many other aspects of human behavior.

I have already reached the point where Hemingway says, "Don't read any further until you have seen the bullfight," and then issues an "honorable discharge" to any reader who didn't like what they saw. Obviously I will have to risk hearing the rest of the book without seeing the bullfight, since my circumstances do not make it convenient for me to travel to a country where that sort of spectacle still takes place. Even without having seen a real bullfight, however, I am enjoying this book (as read by Gaines) quite as much as I enjoyed Dennehy's reading of the Africa book. But again, I must now shut up about it before this turns into the book review that I am not yet ready to write. 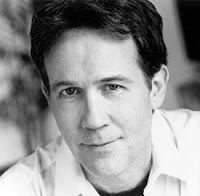 In the batter's circle, waiting for its turn at bat, is Grover Gardner's reading of Ron Chernow's biography of Alexander Hamilton. And, of course, more of the second-hand recordings of Handel operas that I picked up for days when I'm tired of listening to the spoken word. Though I have to use them judiciously. One opera may last only one round trip to and from work, while an audio book can keep me entertained for a week or more! I'm looking forward to the time when I can line up the Aubreyiad on my play list. My shadow may actually darken the door of the public library in times to come, in spite of my bad book-buying habit. It may, finally, be the book on CD that saves my sanity, especially at a moment in my life when I seem to read a book faster with my ears than my eyes....

I know, there's also a "fourth solution" -- satellite radio. But I'm not buying it!

You probably knew this already, but Focus on the Family recently put out an audio dramatization of "The Screwtape Letters," which I haven't listened to in its entirety, but I like what I've heard so far. If you haven't listened to it already, it'd definitely be a good option for your commute.