Well, at tonight's parlor service I didn't preach the sermon reprinted in my previous post. Instead, I delivered an extemporaneous homily on the same text. Having read my 2001 sermon aloud, twice, I decided it was all right for 2001 but that I wanted to say something a bit different in 2009. So I talked about the Unexpected. 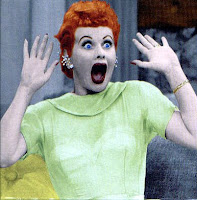 When Jesus tells us the story of the Rich Man and Lazarus, he is preaching the unexpected. If it wasn't so familiar to many of us, we would find it surprising too. For one wouldn't generally suppose the rich man to be the one bound for hell, nor Lazarus to be the one bound for heaven. Such would certainly not be expected in the culture in which Jesus arose, where the question would be asked: "Rabbi, who sinned, this man or his parents, that he was born blind?" (John 9:2). There would be a casual expectation that each man's fortune reflected his status with God: for the rich, a status of favor; for the afflicted, a curse brought on by some guilt or other.

Jesus overthrew their expectations when he said, "Neither this man nor his parents sinned, but that the works of God should be revealed in him" (John 9:3). He overthrew their expectations when he sent the rich man to his fiery agony, and the poor diseased beggar to Abraham's bosom. And he overthrows our expectations too. Still today, we expect our rightness with God to be accompanied by sensations within, or signs without - material blessings, success, family happiness, etc. And still today, when we are afflicted with grief, failure, or pain, we ask what we have done to deserve it.

Our culture as a whole still expects to see material rewards as an outward sign of God's favor, and suffering as a sign of His rejection. When we can no longer justify God by supposing that every victim of war, disease, or poverty somehow has it coming to him, then we are only tempted to doubt that God exists or cares. And when we meet with success, healing, and other happy turns, we are tempted either to become puffed up with a sense of our own merit, or certain that this at last is a sign that God is with us. So the moment our fortunes turn the other way, we are in danger of falling into despair. 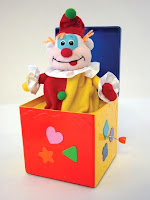 Yes, every misfortune can rightly remind us to return to God in repentance. It is a reminder of our place in a fallen, sinful world: a humbling reminder that we are more blessed than we deserve. But what if, after repenting and putting our hopes on God's mercy again, we wait for relief ... like Lazarus ... in vain? What if, like Lazarus, things never get better, but only worse, worse, and monstrously worse? Lazarus ended up at rock bottom. There isn't anywhere lower he could go. And his lot did not improve again, in this life. He saw no outward sign of encouragement, received no visible emblem of God's saving love, felt (for all we know) no inner sensation of being forgiven ... he just suffered the worst that a human being can suffer, and then he died.

The rich man went out too, at the height of his wealth and comfort. And this is where Jesus explodes our expectations: it was not the rich man, but Lazarus, who found favor with God. It was not to heaven, but to hell that the rich man met his reward. It isn't only that God's favor and disfavor were hidden from the eyes of this world; they were completely inverted, from our point of view. God's curse was upon the one whose seeming blessedness had made him an example for many to follow. Meanwhile God's love, God's choice, God's eternal embrace, belonged to the one whose life and death were agony.

This is a hint that God does business quite differently than we expect: altogether turned around, in fact. Your afflictions are not a sign of his disregard. Nor are you to seek wealth and success as signs of His favor. Rather, the way he deals with you is hidden. The rewards he promises you are spiritual, invisible, eternal: they belong to a world yet to be revealed. You can possess them by faith without seeing even the first bitty tip of them. You can triumph in them even while being crushed under an avalanche of loss, smothered by a cascade of calamities, or seared by a gridiron of pain. Or you may get off lightly, even have a nice comfortable life - only you won't be the greater saint for it. 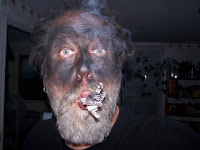 All this is quite in character for a God who hides the blazing glory of His love for us all in the dark, painful horror of Jesus' cross. Like Lazarus, Jesus faithfully marched into ever deeper shades of misery, until death brought an end. And He did that to bring us spiritual beggars into God's warm embrace. We are poor in spirit; Christ was made poor for us, even unto death, so that the kingdom of heaven should be ours. He bridged the chasm between hell and heaven so that, by faith in the grace of His cross, we might be led across.

And He pledges all this to us here and now, in His Word and Sacrament. It is so well hidden that the spiritually rich and haughty may reject it - but let's face it, no sign, no matter how miraculous, would ever break through their unbelief. But it is laid out for all us beggars to view, in promises our faith can grasp, and in Sacraments that grasp and embrace us. By the Word of Christ, water has become the enfolding arms of the Triune God. By the Word of Christ, bread has become His body stretched out on the cross, and wine the blood that gushed from His pierced heart: an embrace by our living, loving Savior that reaches even inside our bodies with a comfort no mortal eye can see. Christ is hidden in us, and we in Him. We are all one beggar, joined by faith in a conviction that no affliction, not even death, can take away: namely, that in Christ's accursed death we have God's blessing and life; that in our Father's kingdom we are heirs and lords.
Posted by RobbieFish at 7:24 PM