This sequel to The Secret Country started life as the last third of that book. Like other second books of three, its splitting-off proved fortunate for the series and for us readers. It's also a good thing that it's only the middle of the trilogy, or else its ending would cause actual pain. The middle part of a trilogy should move the story forward and leave you longing for more; this book does both of these things in grand style.

When we last saw siblings Ted and Laura and their cousins Ruth, Patrick, and Ellen, they had discovered the real world behind the fantasy-land they had created together over a series of summers. No longer mere make-believe, it had real people, real places, and some unbelievably real things: castles, unicorns, wizards, and kings.

Caught up in the roles of royal princes and princesses, the children could scarcely keep up with the demands of pretending to be what they were not. They stumbled from crisis to crisis, arguing about whether it was real, fretting about why certain things were different from what they had imagined, and wondering how to change the story so that the king might not have to be poisoned, and so Ted might not have to die in battle and return from the dead, only to face his best friend in a mortal duel.

All of those dreaded events still lay ahead at the end of The Secret Country, but they rush upon the cousins now - complete with inexplicable variations from the story they had planned. Mysteries multiply. Who is Claudia and whence comes her awful power? Why is Laura having visions, and what do they mean? What will happen when Laura plays the flute of Cedric and finds the unicorn in winter? What happened to the real princes and princesses, and how can they be restored to where they belong?

As it grows in danger and urgency, what began as a game feels less and less like fun to the Carroll children - and ever more enjoyable for us. Pamela Dean claims that, in writing this book, she found herself caught up in her characters' dilemma regarding "the responsibility of the imagination." Intriguing as that sounds, it is their increasing desperation that will envelop you. And when this book comes to its stunning conclusion, you will be caught up in a web of unresolved plot threads leading irresistably to Book 3, The Whim of the Dragon.

BB was the pen name of Denys Watkins-Pitchford (1905-1990), who wrote and illustrated this book, as well as many books for adults and children celebrating the natural world of England. Currently available in an attractive HarperCollins edition as part of the Julie Andrews Collection, and with a warm note of endorsement from Julie Andrews Edwards herself, this book relates the adventures of the last gnomes in Britain.

Pint-sized brothers Dodder, Baldmoney, and Sneezewort have lived on the banks of the Oak Pool longer than anything. They are fairly content with their slow-paced life, fishing from the stream and foraging for nuts, honey, mushrooms, and berries. The only burr under their saddle is the fate of their brother Cloudberry, last seen setting out on a quest to find the source of the stream.

The younger two gnomes decide to go in search of Cloudberry, in spite of Dodder's resistance to the idea. They build a clever boat and lay in stores for a trip upstream. Nothing goes as planned, however. The three brothers find themselves hunted by stoat, fox, pike, and man. They battle starvation on a desert island. They risk being seen in broad daylight. They make friends with rabbits, birds, an otter, and a squirrel. They bear witness to death. They fight for life. They experience changes of seasons and a wide range of natural wonders. And in spite of a long habit of being quiet homebodies, their adventurous spirit comes out to shine. 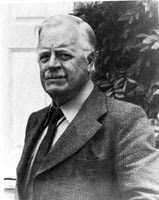 Taking its cue from a theory that the real little people are the wild birds and beasts of the countryside, this is not just a book about little men; it is also a vivid account of the rich variety of plant and animal life along one English stream. It also has a bit of business concerning Pan, the god of small creatures (occult-sensitive readers take note). If you fancied The Wind in the Willows but wished there was more of it, or if your only complaint about The Wonderful Adventures of Nils stemmed from your unfamiliarity with Swedish geography, you'll find just what you like in this book. Plus, it has a sequel: Down the Bright Stream.

This book won the 1942 Carnegie Medal for Literature. It includes a loving portrait of a seven-year-old boy named Robin, probably inspired by Watkins-Pitchford's son Robin who passed away at that age. And it inspired a group of the author's fans to form the BB Society. So it is a very special book in many ways. You can earn more about this author and his works here or here.
Posted by RobbieFish at 6:56 AM