Another Invention Whose Time Has Come

I'm sure that I have mentioned before, somewhere in this thread, that our telephone system is stupid. Say you live in a small metropolitan area that has four area codes in it. You dial a 10-digit phone number in one of those area codes, not knowing whether or not it's a local call. If it is local, you're not supposed to dial 1 first; if it isn't, you are. So either way, you have a 50:50 chance of having your eardrums blasted by a series of surgically pure musical tones, followed by a recorded voice telling you to hang up and dial again, with or without the 1 prefix as the case may be. Given a series of unfamiliar phone numbers to call during a single morning, you run the risk of suffering significant hearing loss. 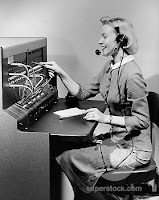 It's a stupid system, because it's so gosh-darned smart... but only up to a certain point. It's smart enough to know whether the number requires a 1 prefix from where you're dialing. But it's not smart enough to understand what you mean and simply connect you, whether you're calling long-distance or not. The programming and circuitry can tell the difference between a local number and a trunk call, even within the same area code; but it still needs you to start over and press 1 (or not) to understand your intentions.

I can't believe nobody has written software, or designed circuitry, to do this after all this time. I think the time has come. There is no excuse for this stupidity. I don't care if your local phone service provider is different from your long-distance provider. If the long distance folks can tell the call belongs in the local system, or vice versa, they should simply route it where it belongs & not require us to know in advance which numbers are & aren't covered by the metro plan. It's common sense. Maybe, if this ever happens, I could get paid for the idea!

Well, all that is just to say what I've said before. I've come up with another one like it. Rechargeable batteries are another piece of modern technology that are so brilliant they're stupid. I have a rechargeable cell phone and a rechargeable shaver. Both of them have the type of battery that should only be plugged in when it really needs to be recharged. In both cases, if you don't unplug them promptly when the battery is full, you risk shortening the life of the battery. 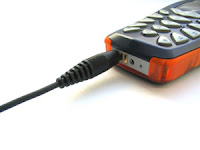 The problem: Who has time to sit and watch a small appliance recharge? Realistically, you plug it in and leave the room to do something else. You go to bed. You go to work. You stretch out in a comfortable chair to read or watch TV. You forget to hop up every five minutes to look at the display on the phone, or the colored lights on the shaver, to see whether "battery full" is indicated. It might even be plugged in for hours longer than necessary. And that's bad for business. But so is the idea of having to hover over the recharger for 30 to 90 minutes.

What can be done to solve this? It's so blindingly obvious that only a fat stupid jerk can spot it. And so I'll expect royalties when someone starts selling it. I mean, if your gizmo has the programming or circuitry to tell you to unplug it or else, you shouldn't have to unplug it at all. How hard would it be to add a few lines of programming, or a couple of microscopic switches, so the poor thing will stop recharging by itself?

I see a potential "second problem" here. Suppose you program your shaver to stop recharging as soon as the battery is full, whether it remains plugged in or not. Now the danger is that you'll leave it on the charger all the time. After each use, which only drains the battery a tiny bit, it will start charging again - to the detriment of the battery's lifespan. Or your phone, always plugged in and turned on, will intermittently start charging again - even if you never use it - simply because the energy it expends staying on drains the battery (to say nothing of its LCD clock display).

Even if you only leave it plugged in a few hours past the "battery full" mark, it might have to start charging again.

So, here's the second part of my brilliant solution: Fix the program so that it stops charging at "battery full," and does not start recharging again unless you unplug it and plug it back in. How do you like that! I may not be any thinner (or any less of a jerk), but I must be getting smarter!
Posted by RobbieFish at 10:04 PM