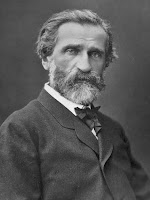 I haven't been posting much lately, and a lot of the reason is Verdi Week at the St. Louis Symphony. We performed Verdi's awesome Requiem before two sold-out audiences on Friday the 13th (which was lucky) and Valentine's Day (which was lovely). David Robertson conducted his orchestra and us of Amy Kaiser's chorus, and the solo quartet consisted of local hero Christine Brewer (soprano), Elizabeth Bishop (mezzo), Marcus Haddock (tenor), and as a last-minute replacement Kyle Ketelsen (bass). (IMAGES from top to bottom: Verdi, Robertson, Ketelsen, Brewer, Bishop, Haddock.)

This is my fourth year with the Symphony Chorus. We've done at least one Requiem a year while I've been with the group: Mozart's in the fall of 2005, Brahms' in the spring of 2006, Faure's sometime in the 2006-07 season, and Britten's in the spring of 2008. And now Verdi's! They all have their strengths (though I still think our group was WAY too big for the Faure). They were all beautiful experiences in their own way. I won't presume to play favorites. I have heard and enjoyed settings of the Requiem by still other composers - I've heard that someone reckoned over 400 of them have been written. 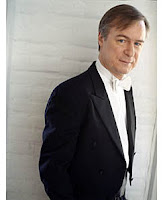 Each of the ones I have named represents an altogether different musical world, from classical leanness through romantic intensity to modern ambivalence, from German heaviness through French lightness to the last two nights' testament of an Italian patriot and dramatic genius.

Verdi wrote his Requiem not out of Catholic piety (for he was not at all religious), but to express his reverence for two other artistic geniuses who did much to unite Italy into a spiritual and cultural whole. The first version of his Libera me (the seventh and last movement of the piece) was written in memory of Rossini, when Verdi hoped different squabbling musical factions could unite to honor that great man. Eventually he had to write the whole Requiem himself, this time in memory of 19th century Italy's greatest literary treasure, Alessandro Manzoni.

David Robertson's pre-concert lectures, which I heard both nights, were highly enlightening. He argued that Verdi's Requiem has been unjustly criticized as being "theatrical," whereas a better word to describe it would be "dramatic." He also pointed out that this Requiem exemplifies the best use of some of Verdi's less celebrated gifts: 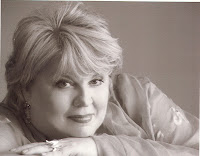 Verdi leaves no hope or expectation unfulfilled. He gives us great tunes, powerful emotions, huge contrasts, exquisite textures, and a kaleidoscope of tone-colors. He gives us a bass aria (Oro supplex) that sounds like a soul watching and weeping through the night, a mezzo piece (Liber scriptus) that makes short work of a long, high A-flat, an Agnus Dei melody introduced by the two female soloists singing unaccompanied in bare octaves (which makes one feel rather protective of that Lamb), stretches of ensemble writing for practically every combination of the soloists, unforgettable riffs such as the passage scored for a quartet of solo bassoons, and string writing that, at one point, vividly tone-paints the shaking of the earth on Judgment Day. Plus, he gives us a good hour's worth of highly rewarding choral music! He gives us a perfectly proportioned dramatic shape on a huge scale, more than one impressive fugue, 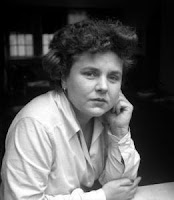 It was a wonderful experience. I wouldn't give up my experience of the Mozart or Brahms Requiems in favor of it, nor the touching beauty of Rossini's Stabat Mater and other great pieces this group has done in my time; but I don't have to. Stick around and you get to experience them all! And next year we're doing the Mozart again!

On the "bummer" side, some idiot let his or her cell phone ring right at the beginning of the piece last night, during the extremely soft bit that Robertson had, moments earlier, talked up as proof that the SLSO has the best pianissimo in the country, if not the world. We actually stopped and started over... 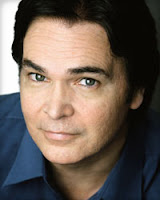 only to have another electronic device play its tune through the same passage. How many reminders do people need? It was written in lights above the stage, it was announced over the hall's sound system, it was reinforced by the humiliating laughter of thousands of people when David Robertson turned around to crack a joke the first time it happened, yet the owner of Ringer No. 2 still didn't get the message in time. How sad.
Posted by RobbieFish at 12:22 PM