Book Four of the Faerie Wars Chronicles begins when a fairy princess named Blue asks a mortal boy named Henry to marry her. And it totally freaks him out.

Life is complicated enough for Henry Atherton. His childhood best friend has a crush on him. His weak but nice father has a new girlfriend and doesn't have much time for him. His will and ambition are continually squashed by his snotty sister, his bossy mother, and her lesbian girlfriend. Three girls against one guy: Henry doesn't have a chance. Trapped by guilt and self-doubt, he has a vague, unfulfilling future ahead of him. But he's afraid to let go of it.

And on some level, perhaps, he realizes that he doesn't have what it takes to reign beside the queen of the Faerie Realm, who also happens to be the queen of Hael (hell). No matter how much he loves her, Henry just isn't ready.

Two years later, however, a lot has changed. Queen Blue has grown into the power and majesty of her office. The demons of Hael have been liberated from enslavement, as Blue continues to pull together a new order in which Light and Dark Faeries, as well as her new demon subjects, form an integrated society. Her nemesis, Lord Hairstreak, has fallen on hard times. Henry is about to go off to University, and isn't sure he can take care of Mr. Fogarty's house and cat while the old ex-bank robber serves as Gatekeeper to the Faerie Realm. And now a plague has struck.

The temporal fever is a weird plague. It doesn't spread like a normal disease. It strikes young and old alike, making them age faster, eating up their future as their bodies pass through time on fast-forward. Henry's best friend, Blue's brother Pyrgus, has it. Mr. Fogarty is dying of it. And a strange prophecy suggests that Henry may find the cure for it... but only after going through an ordeal that could claim his life.

Henry, his friends, and their enemies are all caught up in yet another complex web of plots, adventures, death traps, and struggles against mythical figures, ghastly monsters, and powers of heaven and hell. Henry journeys through strange countries, befriends weird and whimsical creatures, talks to a voice from beyond, and undertakes not one but two quests. 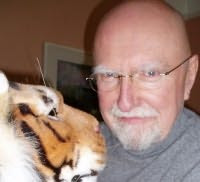 His courage, strength, and love for Blue are all put to the test as they both rush toward the climax in which, by saving each other, they may save the world.

This is a fitting conclusion to a series full of dark horror, sparkling magic, thrills, romance, and surprises galore. Both Henry and Blue have grown up a lot since they first met in Faerie Wars. Their growth as characters, and the development of their relationship, finally fulfills its promise here. In fact, until partway through this book, one may find it hard to see what Blue sees in Henry. As the narrative jumps from one character's point of view to another, you will constantly be on the hook of suspense. And the ultimate riddle will keep you puzzling till the very end.

Herbie Brennan, also known as J. H. Brennan, is the author of dozens of books, including children's picture books, horror novels, the eight-book Grail Quest series, and many non-fiction volumes on the occult.

Even at the age of seven, Cadel Piggott has the makings of an evil genius. His psychologist, Thaddeus Roth, spots it right away. Cadel's adoptive parents think he is getting counseling to cope with social adjustment problems; after all, the boy is hurtling through grade after grade, advancing ahead of students his age.

But actually, Dr. Roth is encouraging Cadel to use his gifts to study systems, exploit their weaknesses, and bring them down.

Cadel's path of destruction begins with the Sydney rail system, then the roads. Soon he is sabotaging the social structure of his high school class. But it's all child's play until, at age 14, he has to choose a college. He chooses the Axis Institute, a program designed specially for Cadel by Dr. Roth and Cadel's biological father, the evil Phineas Darkkon, who has been pulling strings for the boy from a prison cell. The Axis Institute is so small that it offers only one degree program: World Domination.

Surrounded by people studying assassination, biological warfare, forgery, embezzlement, misinformation, and the philosophy of pure evil, Cadel focuses his studies on computer science (a.k.a. infiltration). Worming his way into the computer files of the faculty and staff, Cadel finds out a lot about the motives of the bizarre and creepy people around him. By the time he realizes that he's just not evil enough to belong there, there seems to be no way out. No way, that is, except to bring the whole place down.

Cadel is a fascinating subject. Misguided from an early age, trained to accept crime on a massive scale as normal behavior, even brainwashed to believe that the survival of mankind depends on people like him seizing power, he nevertheless remains human, vulnerable, and basically decent. 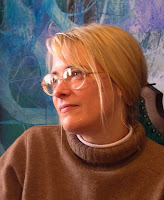 The spark of conscience in him, the capacity to love and a desire to be loved in return, grow and grow until he sees no choice but to escape from the clutches of his father, Dr. Roth, and the sinister staff of the Institute.

But he doesn't know his own strength, or his potential to do great harm without meaning to. When Cadel decides to blow a hole in the Axis Institue big enough to escape through, he sets off a conflagration even he did not foresee. The resulting carnage is both shocking and, at the same time, obscenely funny. It's the kind of dark comedy that may appeal to fans of Edward Bloor's Story Time, served up with an ironic, upside-down view of right and wrong reminiscent of Artemis Fowl. The only magic in it, however, is the magic of technology, the power of love, the strength of desperation, and the explosive effect of long-kept secrets revealed at just the right time. For more of the same, you may be interested in the sequel, Genius Squad. Jinks is the author of many other novels, including most recently The Reformed Vampire Support Group.

In Fablehaven, siblings Kendra and Seth found out that their grandparents' country estate is actually a secret preserve for magical creatures. Some of them are nice, some are nasty; in fact, Kendra barely saved her family,

and the whole preserve, from being destroyed when some of the nasty creatures took control. In the sequel, Rise of the Evening Star, the kids averted a plot by the evil Society of the Evening Star to bring Fablehaven down. In so doing, Kendra found out that she has become "fairykind," with a special bond to the magical folk that gives her unique powers.

In this third book in the series, Kendra's status as fairykind gets her invited to join the Knights of the Dawn, whose mission is to combat the Society of the Evening Star. She is immediately sent to a secret preserve in Arizona to help recover a magical talisman that must not fall into the wrong hands.

Besides the danger involved in seeking an artifact surrounded by deadly traps and guarded by a fierce dragon, Kendra has other worries. For one, she suspects that the Captain of the Knights may be a traitor serving the Society. Giving him the artifact could bring the Society one step closer to their goal of opening the demon prison of Zzyzx. Meanwhile, back at Fablehaven, a plague of darkness has begun to spread, threatening to turn all the creatures of light to evil. When that happens, Fablehaven will fall.

With her fairykind powers, Kendra leads the battle of light against darkness. But she does not fight alone. She is aided by a visitor from the past, a friend she had thought lost forever, and her brother who has special powers of his own. 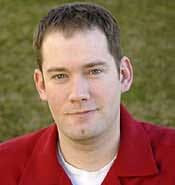 An impressive army of satyrs, centaurs, nymphs, and fairies fight by her side; to say nothing of a huge golem and other strange and wonderful friends.

But even if she can overcome this greatest-ever threat to Fablehaven's survival, she will still have to face the ongoing puzzle of what the Sphinx is up to and how he can be stopped. And that, readers will be delighted to learn, is a matter for future books to take up. I would not want this to be the end of the exciting, magical, and fascinatingly original Fablehaven series. But I needn't worry. The fourth book, Secrets of the Dragon Sanctuary, released late last month, promises even more suspense and supernatural adventure, and perhaps a bit of romance for Kendra.
Posted by RobbieFish at 12:02 PM