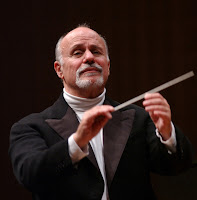 Saint Louis had an opportunity to experience a rare cultural treat this past weekend, when our own Symphony Orchestra & Chorus performed Hector Berlioz's The Damnation of Faust -- which only comes around once every fifteen years or so. We had the advantage of having just put on the same composer's earlier (and more rarely performed) work 8 Scenes from Faust two years ago. So we've been fully inoculated with one of the great masterpieces of the romantic era.

What is The Damnation of Faust? It's a bit of this and a bit of that. It's partly an opera: it has been successfully staged, most recently a few weeks ago by the Met, though Berlioz never lived to see a staged production and, indeed, never seemed to feel one was necessary. It's partly a cantata or oratorio, making huge demands on the chorus (especially the men) and only four principal soloists: it works well, as we performed it, without costumes or scenery or stage business, simply as a concert work. It's partly a symphony, the culmination of Berlioz's development

as a symphonist toward larger-scaled works in which dramatic narrative meets pure music: for in Berlioz's mind the music seems to have existed prior to the text.

What, once again, is The Damnation of Faust? It's partly a setting of the verse portions Gérard de Nerval's translation of Johann Wolfgang von Goethe's seminal masterpiece -- seminal, that is, not just for Goethe but for 19th-century Western culture as a whole -- Faust: The Tragedy. That's already a pretty hefty pedigree, considering that Goethe rivals Shakespeare as a literary figure of worldwide importance; while he himself claimed to prefer Nerval's French translation to his own German original. Partly, it is also an independent literary creation by Berlioz himself, whose gift for melody, harmony, and orchestral color is matched by his literary skill in a proportion comparable to the gifts of Wagner.

As international Berlioz experts Hugh MacDonald and Kern Holoman argued in their pre-concert chat (which I heard both nights), The Damnation of Faust may reveal Berlioz at his best.

It certainly benefited from its 20-year gestation period. And in last week's performance, it sizzled and glowed and bubbled and burned, it plunged and soared and danced and laughed, it staggered drunkenly and sighed mournfully, under the baton of David Zinman. This maestro conducted with a huge energy that belied the serious pain he was in, as evidenced by his gingerly way of stepping off the podium.

It was an infectious energy, too -- and fortunately so, for it helped the performers overcome several setbacks as well. Mezzo-soprano Katherine Rohrer performed beautifully as Marguerite, in spite of coming in as a last-minute replacement for another singer who bowed out due to illness. Bass-baritone Kyle Ketelsen projected an enormous vocal and physical presence as Mephistopheles, in spite of also being ill at the time of the concerts. Matthew Polenzani delivered a nuanced and powerful interpretation of Faust, both as an actor and as a singer required to hit several "high C's." Eric Owens rounded out the cast in the brief role of a drunk named Brander. The orchestra played an interestingly textured and highly accurate rendition of a very difficult score, all under Zinman's firm leadership -- which also saved the chorus from a few near train-wrecks. 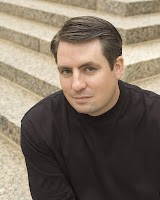 And the St. Louis Children's Choirs' Concert Choir added an angelic touch to the final number in which Marguerite is translated into heaven.

A lot of people put a lot of talent and preparation into these excellent performances, but the lion's share of the credit goes to Zinman. It is even possible that his physical infirmity contributed to the phenomenal cleanness of his conducting gesture, the unheard-of efficiency with which he ran the rehearsals, and the sense of heroism that infused the high points of the musical sparkline. He spent less time getting more results, with hardly any unnecessary movement, compared to other conductors we have worked with. Facing him on the stage while he pulled the Turkish March (for example) to its triumphant close was so exciting that I almost laughed aloud. And yet the range and expressiveness of his gesture, in conducting a score packed with a variety of moods and textures, was such that one might dismiss rumors that the maestro was hurting.

We of the chorus did flub a bit here and there. On Friday night, we barely kept the choral recitative passages together, due to an unfortunate lack of eye contact with the baton; and in Mephisto's serenade (always a dangerous spot, also when we did the 8 Scenes in 2006-07)

a missed cue might have brought the music to a halt but for Zinman's adroitness. Saturday, a slightly smaller audience witnessed a much better performance, when I for once did not feel at all oppressed by the size of the task, and rather enjoyed myself.

What was not to enjoy? The chorus played a huge cast of characters, including cavorting peasants, carousing drinkers, chanting worshipers, randy soldiers, rowdy students, nosy neighbors, sylphs, will-o'-the-wisps, dancing demons, worshiping angels, and (in the one passage for women's chorus without the men) a group of toothless old women praying to the saints at a wayside chapel. Their literal scream (as Faust and Mephisto ride down upon them en route to the abyss) elicited the first occasion in which I have ever heard a conductor tell a chorus, "That was truly bloodcurdling," and mean it as a compliment. 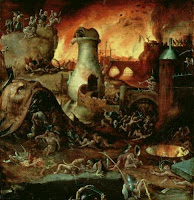 We sang a drunken "Amen" fugue that Berlioz intended as a wry joke on bad church music. We participated in a truly great operatic scene (the finale to Part III of four). We pulled off a number aptly titled "Pandemonium," complete with a made-up language interspersed with a list of demons. We sang one piece in which my section of the chorus sang thirteen lines of French verse to an unbroken string of sixteenth-note triplets. And we eavesdropped on a gorgeous love duet, a gripping evocation of nature, a thrilling setting of the Hungarian national anthem, and two pieces of fairy ballet music that would turn Mendelssohn green with envy.

My personal highlights were mainly small moments that revealed Berlioz's mastery of instrumentation. One piece of fairy music ends with a unique duet between harp and tympani, both playing very softly. Every appearance of Mephistopheles was heralded by startling trombone chords; his Air is also accompanied mainly by trombones, which often volunteered a wry note or so to underscore the sinister intentions behind that charming devil. Rich, unexpected harmonies and rhythms filled the evening, including a remarkable three-measure woodwind riff that filled 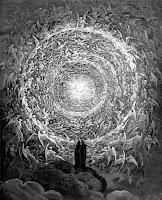 a rest in the students' chorus, an ahead-of-its-time passage of tonal ambiguity during the Ride to the Abyss, a terrifying instrumental depiction of the tumultuous flames of hell, and a series of hunting calls played by a clutch of offstage horns.

Everyone notices the viola and cor anglais solos in Marguerite's ballad and romance, respectively; and that is understandable. But having sat quite close to the orchestra, I was privileged to notice other instances of Berlioz's genius. Who else has done what he did with three piccolos in the Ballet of Sylphs? Who else has achieved such an effect of tortured spareness as in Faust's solo in Part III? Who else could turn the entire string division into a giant guitar as in Mephisto's serenade? Berlioz used the orchestra to create audible images of a beating heart, a roaring kraken, galloping horses, flitting fairies, attacking birds of prey, and a distant artillery barrage. He creates a sonic depiction of hell that could rival a painting by Hieronymus Bosch, and a spun-sugar vision of heaven to shame Gustave Doré. He does it in music that is unmistakably Berlioz; no other composer would or could have written it. But it is also unmistakably the work of a powerful imagination married to wit, orchestral fluency, and a flair for balance and proportion. Put together, this adds up to a uniquely compelling musical tribute to one of the great texts in Western literature. How lucky am I to have been there when it happened, David Zinman style!