So I was minding my own business when, out of the blue, Restaurant Dot Com sent me an email offering to give me a voucher for a free gift certificate to replace my one for the Bevo Mill restaurant, which had recently closed for tax reasons. I had to be honest and say that I had already used that gift certificate; however, I mentioned in my reply that another restaurant, Cafe Brasil, had gone toes-up before I could use my Restaurant Dot Com gift certificate for them. So the nice folks at the website sent me a voucher anyway.

As I was shopping for another restaurant to spend my voucher on, the name "Sekisui" punched me in the eye. I have eaten at, and enjoyed, a sushi joint called Sekisui, on south Grand in the city, near Tower Grove Park. I lunged at the opportunity to get $10 off a $15 meal. But when I showed up at Sekisui a few days later, jonesing for unagi, my hopes were shattered. The coupon was for Sekisui Pacific Rim, an entirely different restaurant in Clayton. The Sekisui on Grand is not affiliated with SPR. Discouraged, I went off to have Thai food instead.

Last weekend, I decided to make a run for Clayton and use up that gift certificate. Since I was going that way, I planned a whole afternoon of entertainment, including a matinee (Monsters vs. Aliens - very cute) at a cinema in that corner of town. But SPR proved difficult to find. I couldn't see a sign for it on the street where it was supposed to be situated. After driving in circles around the neighborhood for some time, I finally pulled into a pay lot and went looking for it inside a commercial building that stood about where my map said the restaurant should be. The only business with signage visible from outside the building was a Wine & Cheese Shop. But if you go in the main entrance of the building and follow the hallway around a corner, you may discover the indoor entrance of this elusive, exclusive dining spot.

There was no other information about when SPR might be open. I asked the parking lot attendant about this. She said the restaurant has weird hours that change from one day to the next, and they sometimes (but not always) close for an hour or two in the middle of the day.

By now I was becoming seriously disgusted with my choice of SPR as a make-up gift certificate. But I gamely went back today, going a bit out of my way home from work. This time I arrived around 4:30 and found the doors open, the lights on, and music playing in an otherwise empty restaurant. I couldn't see any sign of a person there besides me.

So I went next door and browsed the wine and cheese shop for a while. My father being a single-malt Scotch aficionado, he heard the whole story via cellphone while I walked up and down an incredibly long shelf full of single-malt Scotches. After I gossiped with Dad for a good while, and bought a bottle of expensive beer, another bottle of cheap slivovitz, and a sliver of sharp sheep's milk cheese, I finally went back to SPR and found live people inside. I may have been their first customer of the evening, but several other groups came in while I was there. 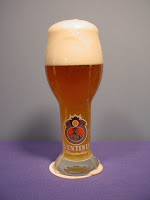 I know that I'm not doing sushi right. I haven't acquired a taste for sake. Some might say there's no point in having sushi without a warm cup of rice-based alcohol to wash it down, but I don't care. I find the taste and texture of a lukewarm piece of raw salmon or tuna, served on a thumb-sized blob of sticky rice, surprisingly pleasant. I can enjoy it either with or without wasabi (nuclear-powered, green mustard). I have learned not to suspect that I am being poisoned when I cleanse my palate with a shaving of gari (pickled ginger). I actually think unagi (eel) is delicious, in a mildly fishy way. And that inari stuff (rice in a sweet, crepelike pocket) makes an appropriate dessert, in my incorrigibly western opinion.

For my beverage, I had water. What the heck! At least I would end the meal in full command of my minimal chopstick skills! Plus, without the added expense of a drink, my meal cost just a bit more than the $15 minimum required by the gift certificate. With tip, and after gift certificate, the damage came to around $10. Eight pieces of sushi (in the broad sense of the word) filled up the tummy nicely. And I still had a lovely bottle of Aventinus wheat beer to look forward to at home. Perhaps I'll go out later and buy some crackers to go with that manchego, and make a beer-and-cheese snack of it.
Posted by RobbieFish at 5:16 PM