Mozart wrote his 39th Symphony in E-flat in the same summer of 1788 as his 40th and 41st symphonies, a time of poverty and distress for the composer that seems strangely unconnected to this trilogy of works. The 39th is particularly full of joviality and polished craftmanship. It's a pity Mozart never got to hear it performed.

The first movement begins with a slow introduction consisting mainly of running scales and majestic dotted rhythms. The opening of the sonata proper is comparatively quiet, though this first theme contrasts with more dramatic material. The movement dazzles with its wealth of attractive musical ideas, an array of contrasts brought together in a beautiful harmony.

Movement II is a slow sonata without a development. The first theme is graceful and delicate, not to say just short of soporific (I do admit that Mozart sometimes loses me in his slow movements). The second theme strikes me as brusque and stern, though some may hear tragedy in it; the music mellows out, however, in a lovely synthesis of the above material.

Movement III is a Minuet with a Ländler trio. The Minuet part is very forceful, in contrast to the gentler trio with its gorgeous woodwind writing.

Movement IV is yet another sonata, built on a theme that rapidly runs up and down the scale (mi-fa-sol-fa-mi-re-do, etc.), igniting a machine that motors along pretty well throughout the movement. Nevertheless the development section includes a surprising pause, some disturbing harmonic maneuvers, and a sinister concluding passage (leading up to the recap) that brings me out in gooseflesh. Both halves of the movement (first the exposition, then the development and recap) are repeated, with the mi-fa-sol-fa-mi-re-do run bringing the movement to an unusual but effective close. 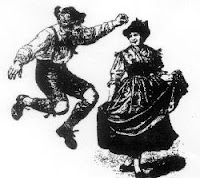 The E-flat Symphony doesn't get the press the G Minor (No. 40) and C Major (No. 41) get. In fact, lesser symphonies by Mozart, such as the "Prague" (No. 38) and "Linz" (No. 36) Symphonies, seem to get more air time than the 39th, though the latter shows Mozart in the full maturity of his genius. Nevertheless, when one does hear the 39th, it all comes rushing back. Or rather, having once come to live inside you, it awakens again with a joyful and familiar greeting.

EDIT: In the video below, Karl Bohm conducts the Vienna Symphony Orchestra in the first movement of Mozart's 39th. Interestingly, the video begins with a close-up of the tympani:
Posted by RobbieFish at 7:23 PM