We resume in the "Invitation" topic section of the hymnal, which I hinted before would yield a bumper crop of the "Type 1" type of hymn as described above. Generally, this means "altar call" hymns, reflecting what were then called "the new measures" of what Lutheran wags now call "Methobapticostalism." In other words, they tend to take a cajoling, argumentative, not to say whinging, tone in urging the sinner to come to God in a conversion experience. "But you have not so learned Christ" (Ephesians 4:20) – I mean, this is inconsistent with the doctrine and practice of Lutheranism. C.F.W. Walther, one of the founding theologians of the Missouri Synod, warned that raising young Lutherans to sing such songs was tantamount to soul-murder.

(276) Come unto Me, ye weary, words by William Chatterton Dix (1867) set to the tune ANTHES by Friedrich K. Anthes (1847), is a not too offensive specimen, unless you question the use of quotation marks to put words in Jesus' mouth that are, in fair play, loose paraphrases. It's a tightly structured, gentle little hymn that responds to Jesus' promises to give us rest, light and life and not to cast out "whosoever cometh." Where the tackiness might come in is, first, the evident fact that it's an altar call song inviting people to come forward who are probably not in a position to sing or hear it (unless someone has been a nice lay evangelist and dragged them to church with them); and, second, the lack of any mention of the means by which the voice of Jesus fulfills these promises for us. In a friendly, subtle way, it's about as unLutheran as a hymn can be without necessarily being anti-Lutheran. 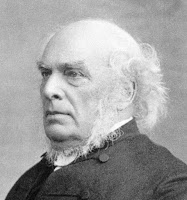 (277) I heard the voice of Jesus say, a hymn by Horatius Bonar (1846), is set here to John Bacchus Dykes' tune VOX DILECTI (1863), perhaps famously the only hymn tune in TLH that changes midway through from one key (G minor) to another (G major). More accurately described as a change of mode, this musical transition coincides with the structure of the text, which progresses in every stanza from the words of Jesus ("Come unto Me and rest," etc.; "behold, I freely give the living water," etc.; "I am this dark world's Light," etc.) to what "I" did ("I found in Him a resting place," etc.; "I drank of that life-giving stream," etc.; "I found in Him my Star," etc.) There is something to be said for a hymn that responds faithfully to the promises of Jesus. Where it gets tacky, in my opinion, is the poet's conceit of reporting a personal experience and then thrusting it into the mouths of everyone in church, as if it was theirs.

On a more "Type 2" note, this hymn collects tunes the way the space under your bed collects dust bunnies. Among subsequent hymnals, CW 338 retained VOX DILECTI, while LW 348, LBW 497 and ELW 332 replaced it with Renaissance composer Thomas Tallis' beautiful THIRD NOTE MELODY (cf. Ralph Vaughan Williams' "Fantasia on a Theme of Thomas Tallis"). SBH 499 split the ticket between both tunes. LSB 699 replaced both, in turn, with contemporary composer Amanda Husberg's SARAH ELIZABETH, which is nice but comparatively lightweight. ELW 611 provides the English folk tune KINGSFOLD (coincidentally, collected by Vaughan Williams) as an alternate melody, joined by Ambassador Hymnal 558 and Lutheran Hymnal 306 (Australia's OpenBook Pusblishers, 1973). Delving, meanwhile, into earlier hymnnals, we find VOX DILECTI in ELHb 46, CSB 365, the intersynodical American Lutheran Hymnal 163 (Lutheran Book Concern, 1930), Australian Lutheran Hymn-Book (Lutheran Publishing Co., 1925) and Hymnal (Lutheran Augustana Book Concern, 1901). The Hymnal (Augustana Book Concern, 1925) pairs it with the forgettable MURIEL by John Victor Bergquist (1924), and Lutheran Hymnary uses A.H. Mann's 1885 tune BEEFORTH, which follows the same tonal scheme as VOX DILECTI. Also, This Far By Faith 62 (Augsburg Fortress, 1999) incorporates a fragment of this hymn in the song "Shine on Me" (set to a traditional African American tune) – though the extent of the adaptation means this may not be a fair comparison. Two historically significant Lutheran hymnals in my collection – Evangelical Lutheran Hymnary and The Concordia Hymnal (Augsburg Publishing House, 1932) – omit this hymn altogether. So elusive has good taste proven regarding this hymn in anglophone Lutheran circles.

(278) Delay not, delay not, O sinner, draw near is a Thomas Hastings (1831) hymn set to the moody, 17th century Welsh melody MALDWYN. Again, the tone of the hymn is one of cajoling the (perhaps absent) sinner to be converted. It lays stress in stanza 2 on the idea that the door of grace could close at any time (i.e. when you die); in stanza 3, on a warning that the Spirit's patience might run out and the offer of grace may come off the table; in stanza 4, on the possibility that the end-time judgment may take you by surprise. However, what really interests me are the first and last stanza, which dangles the carrot of a free salvation and pleads, "How canst thou refuse?" These stanzas allude to "The waters of life" and a washing, cleansing in Jesus' pardoning blood. Could they be bearing witness to the power of baptism? Lutheran ears will hear these words and be sure that it is so. But what about the ears of the intended audience, the denominational (or non-denominational) persuasion of the revivalist types who would have valued a hymn like this at its highest? Could they be thinking metaphorically? The fact that the answer could go either way makes me leery.

(279) Today Thy mercy calls us, also set to ANTHES, is an 1861 hymn by Oswald Allen – and don't think for one minute that I haven't noticed what century all of these hymns date from – that also uses baptismal language like "wash away our sin" and "Thy precious blood can cleanse us And make us white today." Again, it's an attractively structured hymn that stresses the "however great our trespass, whatever we have been" aspect of God's grace. The urgency of this altar call, depicted a bit less negatively than in 278, is embodied in such phrases as "His Holy Spirit waits." One use I could foresee making of this hymn is to minister to someone who has been overtaken by temptation and is in doubt of the possibility of being restored. But like the preceding hymns, I think its main application is to fill churchgoers with a sentimental feeling at the thought of reaching the unsaved. 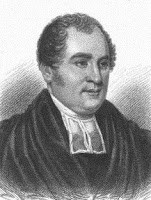 (280) Return, O wanderer, return is a cento from a longer poem by William B. Collyer (1806), set to Herbert S. Oakeley's warbly tune ABENDS (1874). Its appeal to the emotions is immediate, speaking (as to the prodigal son) of the "injured Father's face" and "warm desires that in thee burn" (stanza 1), the Father's "melting heart" and "pitying eyes," and your "grief" and "inward smart" (stanza 2), urging the penitent to seek Jesus' "bleeding feet" (stnaza 3) and letting God "Wipe away the falling tear" (stanza 4). The prodigal son is an emotional story, to be sure, and there is an emotional side to faith. But I think that this hymn's emotionalism might be just a bit over the top.

(281) The Savior calls; let every ear closes this section with a text by Anne Steele (1790[!]) and Carl G. Glaeser's early 19th century tune AZMON, which is a convincing counterfeit of a piece of early Americana. Steele addresses "doubting souls," "ev'ry thirsting, longing heart," and finally directly addresses "ye sinners" with a message that, again draws on such baptismal language as "streams of bounty," "springs of sacred pleasures," "immortal fountain ... nor shall you thirst in vain," and "drink and never die." But also again, I think these references are ambiguous and are probably intended to refer to the spiritual drinking of faith in Christ, or something to that effect. One thing this hymn has over those preceding it in this section is a stanza addressing Christ, the kind of prayer ("Draw reluctant hearts," etc.) that, in my opinion, would have been a more productive use of the singing portion of the worship hour – unless your mission is to craftily convert Lutherans into Methodists.

That's what I have to say about the "Invitation" group of hymns. Got a problem with it? Leave a comment. But be fair. This is the kind of song Walther warned Lutherans about, isn't it? And even if these are perhaps the most harmless examples of the type, what good do they do in proportion to the potential mischief? We've seen, way back down this thread, examples of Lutheran groups that consider themselves conservative, choosing hymns like this as the oldies they want the church to return to. Is that not evidence that such songs exert an influence on the deepest level? Concede that, then let's talk about whether that's a good or bad thing in the Lutheran context.
Posted by RobbieFish at 8:00 AM