So far, we've made it through Hymn 175 and only discovered four or five instances of "Type 1" tackiness, apart from a few boring little hymns not worth making a stir about. Not bad, for American Lutheranism. So, let's go on.

(177) Our blessed Savior seven times spoke is a hymn by J. Boeschenstain (c. 1515) about Jesus' "seven last words" on the cross. It's a great topic, not the only hymn in this book to explore it, and one that I might try my hand at sometime as a hymn writer myself. This is just a "Type 3" note to alert you that it's there and might be a useful thing to go along with a Good Friday "Tre Ore" service or perhaps a midweek Lenten sermon series. It's a fine, economical (albeit with a lot of material to cover) piece of poetry set to a Phrygian mode melody (DA JESUS AN DES KREUZES) in a solid, serious 15th century style that, in my opinion, is a strength of the Lutheran heritage of hymnody. For an alternate treatment of the same subject, see Hymns 180-186 ("Jesus, in Thy dying woes," etc.), which are actually one hymn but with three stanzas on each of the Seven Words, set to a tune in the litany meter (7.7.7.6.).

(179) On my heart imprint Thine image is a one-stanza hymn, here set to the tune DER AM KREUZ (J.B. Koenig, 1788) also used for the Lenten hymn "Jesus, grant that balm and healing" (TLH 144). I learned this hymn by heart at Bethany Lutheran College, albeit sung to the tune WERDE MUNTER (J. Schop, 1642), because it was the next thing to the school song. And now that I've learned it by heart, I have to register a bitter complaint at the subsequent hymnals (LW, LSB) that meddled with lyrics that I know by heart, replacing them with inferior alternatives that just cause people who know this hymn well to stumble. I think it's an example of editors fixing what ain't broke and only causing more damage than they set out to repair.

(187) Christ is arisen is an ancient Easter hymn that (it has been my sad experience) some Lutheran laypeople these days complain about because it's in a "minor key" (actually the Dorian mode) and sounds "sad" (actually, strong and confident). I think it just needs more time and work getting it into people's ears so that they can appreciate it as a vehicle for Hallelujahs and proclaiming Jesus' resurrection. If it isn't too far out for your laypeople, I also recommend the Victimae paschali treatment, in which sections of this hymn are interlarded with sections of the medieval chant "Christians, to the paschal Victim" – only with two cautions: (1) The chant part will either be a solo or a choir number, which (2) may presume on the choir's compliance with something on account of which one choir member of mine, years ago, accused me of trying to turn everyone Eastern Orthodox, shook the dust off her feet and departed. The concern was out of touch with reality but that's where some people are. Anyway, see LSB 460. Also, for an isometric version of this tune (CHRISTUS IST ERSTANDEN), set to a Michael Weisse (1551) Easter hymn "Christ the Lord is risen again," see TLH 190.

(194) Abide with us, the day is waning is a just-OK hymn by Norwegian writer Caspar Boye (1884) which has the strength of using the account of Jesus' Easter appearance to the disciples on the way to Emmaus. It uses this source material well as the basis for prayer in our times of grief, forgiveness of our sin and confidence in the hour of death. It has the weakness, however – and for all I know, this may stem from Oluf Smeby's translation – of never explicitly mentioning our hope of resurrection. It gets as far as "While earth is fading from our sight, Our eyes behold the realms of light." I just think it's amazing that an Easter hymn doesn't mention rising from the dead. Sure, not every hymn has to focus on what I think it has to focus on, but I'm still giving it 0.5 tacks.

(195) Christ Jesus lay in death's strong bands is another very important Easter hymn that I think Lutherans today may not know and love as well as it deserves, for the same reasons as TLH 187. Written by Martin Luther, it originally had more stanzas than TLH includes as well. Somebody commissioned a choral motet based on this hymn, which I executed some years ago and then adapted into an chorale fantasy for organ. Upon request, I can provide that music as evidence of how I feel about this hymn. But many other composers, including J.S. Bach, have made their feelings about it known in musical settings including cantatas, chorale preludes and more. I recommend exploring this literature before writing this hymn off as a loss. And also, read the words. The solution, however, is not to write a replacement tune for the melody this hymn has been sung to worldwide since 1524. The solution is to teach it to people – like the organist, the choir, the handbell group, the kids – and keep at it until the congregation is on board.

(196) I am content is another Easter hymn that has been beautifully harmonized by J.S. Bach. I think the tune, ES IST GENUG, is quite remarkable – one of the few Lydian mode melodies in our hymn literature, with that raised fourth note (fourth in the scale as well as fourth in the tune). It is so moving and comforting to hear, when performed with conviction, that even the serialist Alban Berg quoted it (Bach's harmony and all) in his violin concerto. I'm not saying "if even an author of ugly modern music recognizes it" etc., etc. – in fact, the ears of the year 20— are proving rather kind to Berg, though perhaps not so kind to some of his contemporaries – but I mean, really! Musically, this is a piece whose eloquence and gentle confidence is a selling point for the entire art of hymn writing and the tradition of congregational hymn singing. 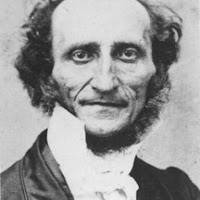 (198) He's risen, He's risen, words and music by C.F.W. Walther, has its share of detractors, some of whom rejoice to point out that its music is a rip-off of the song "Oh my darling, Clementine." I make no excuses for the banality of Walther's tune (here titled WALTHER). The fact that it (WALTHER) dates back to 1860 and the lyrics to "Clementine" were written in 1884 doesn't put it in the clear, since the "Clementine" tune is believed to have been adapted from a Spanish ballad known in the U.S. by 1849 at the latest. But we're talking about a superficial similarity in only the first line of the melody and, after all, the tunes DIR, DIR JEHOVA, ALL SAINTS and WINCHESTER NEW are all at large in our hymnals without anybody complaining that they're essentially the same tune. I don't think this is the best Easter hymn in the book, or even one of the top two dozen best hymns in this book's 25-hymn "Easter" section, but I wouldn't raise a big stink if a congregation feels like honoring the early Missouri Synod leader with a run-through of this late 19th century popular-style hymn. I'll give it a tack shaving – 0.1 tack – just to teach it a lesson for embroiling American Lutheranism in an intellectual property rights dispute with a folk tune that probably predates the colonization of Mexico. There.