(251) We all believe in one true God is the longer of the two hymns that start with the same line (see also 252) and one of three creed paraphrases in TLH (see also 253, a seldom-heard Czechoslovak contribution to our literature). On a Type 3 note, this particular creed hymn is based on the Nicene Creed and comes to us via the German of Martin Luther hymnself. Again, it's one of those hymns that every confessional Lutheran congregation should be prepared (by whatever labor necessary) to sing in lieu of the corresponding piece of liturgy. Now, turning to Type 2, TLH includes two tunes for it: first, the nice but less familiar 1742 Langenoels tune (I've known exactly one church organist who preferred it); second, the original German chorale based on a 13th or 14th century Latin chant melody, which apparently went with this hymn when it started life in 1525. I think the second tune is the one to work on, if your congregation is willing to start learning this piece, because that effort will more likely be transferable to other congregations that have done the same work. Fair play: It's a tricky tune, with a couple of long melismas (single syllables stretched out over several notes) and a strong, Dorian mode, medieval character. But after the work is done, I think people will suddenly realize it's one of their favorite songs.

(254) Lord God, we all to Thee give praise is a mere eight-stanza cento of Philipp Melanchthon's 1542 hymn for St. Michael's and All Angels' Day (Sept. 29), and should therefore be the chief of this hymnal's very small group of hymns acknowledging the protection and intercession of the holy angels. Set to a really well-known and easy tune (OLD HUNDREDTH), it should be well known and regularly used by faithful Lutherans.

(258) Lord of our life and God of our salvation is my favorite hymn ever. Yes, I know: I've already said this at least twice. Written by Matthaeus von Loewenstern (1644), it is a powerful prayer for peace and protection in a church hemmed in by persecution and divided by conflict. TLH sets it to Johann Crueger's tune HERZLIEBSTER JESU, a somber tune associated with the Lenten hymn "O dearest Jesus, what law hast Thou broken." LW 301 and LSB 659 both use the 18th century French tune ISTE CONFESSOR instead, a change that I approve of. However, I do not approve of LW and LSB's butchery of this hymn, reducing it from five stanzas to four by sticking the last line of stanza 5 at the end of stanza 4. This not only omits the magnificent climax of the hymn, but also leaves a gap in its train of thought that I have difficulty leaping over. LW doesn't even have the excuse of needing to save space, since the page LW 301 is on has ample room for another stanza at the bottom.

(259) Flung to the heedless winds (here set to Charles Dale's 1904 tune DENBY) is an interesting selection, excerpted from Martin Luther's very first hymn, "A new song here shall be begun" – which celebrated the faithful witness of two early Reformation martyrs. The tune that originally went with Luther's text was his own EIN NEUES LIED, a fine piece of music that (some have argued) may have pioneered the use of what we now call the major scale. I've heard that tune played on the electronic carillon system at some mainline Protestant churches, suggesting that it has picked up currency elsewhere, while falling out of use in American Lutheranism. I made a feeble attempt to remedy this by pairing one of my original hymns with it.

Hymns sectioned "Reformation" in TLH, such as (260) O Lord, look down from heaven, behold, (261) Lord, keep us steadfast in Thy Word, (263) O little flock, fear not the Foe, (264) Preserve Thy Word, O Savior, (265) Thine honor save, O Christ, our Lord, (267) If God had not been on our side, (268) Zion mourns in fear and anguish and (269) O Lord, our Father, shall we be confounded, are mostly in either a minor key or a medieval mode that strikes the modern ear as minor-ish. They also have a surprising tendency (compared to the triumphalistic numbers that seem to predominate in more recent hymnals' "Reformation" sections) to strike notes of lament – the church pleading with God for protection against temporal enemies and false teachers, and for comfort in a time of affliction. My general feeling, going back to when I started noticing differences between Lutheran hymnals, is that TLH had it right and the move toward more of the "Lift high the cross" type of thing has been at the church's cost. We are seeing times again, even now, when it is not hard to imagine a wail of anguish going up from the church on earth to her Lord in heaven. So, the position that there is no time or place for such a cry of lament, or that it bears no connection to the remembrance of the Reformation, really is spiritually bankrupt, in my opinion.

To that I will only add, on a Type 2 note, that "Preserve Thy word" (with updated language) is set in LW 337 to the early 17th century chorale IST GOTT FUER MICH (also a tune for "If God Himself be for me") instead of, as in TLH 264, Hans Leo Hassler's 1601 tune HERZLICH TUT MICH VERLANGEN (also the tune for "O Sacred Head, now wounded" [TLH 172], "Commit whatever grieves thee" [TLH 520] and "A pilgrim and a stranger" [TLH 586] as well as Paul Simon's oddly titled "American Tune"). I rather like both tunes, but I think IST GOTT could use more ground to stretch its legs on while HERZLICH, equally, could use a breather. LSB 658, meanwhile, changes the tune again to MUNICH, a late 17th century chorale in a brighter, major key. (TLH 294 pairs it with "O Word of God incarnate.") It would be nice if two hymnals in a row would keep this hymn together with a single tune, you know, so people can get used to it and not have to learn it all over again every time a new pew book comes out. It might go a ways toward "preserving the word," as far as that hymn goes. 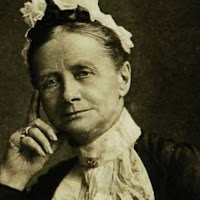 (270) Jesus calls us, a hymn for St. Andrew's day by 19th century hymn-writer Cecil Frances Alexander (author of "All things bright and beautiful"), is set here to the charming 18th century chorale STUTTGART, whose name I memorized for a hymnology class by singing "Stuttgart, Stuttgart, Stuttgart, Stuttgart" to it. Sounds stupid, but it really stuck. (My other really great mnemonic success on that order is the lyric, "This tune is WAREHAM," repeated over and over.) Anyway, when I was perusing Service Book and Hymnal in the early days of my comparative study of hymnals and came across this hymn in SBH 553, set to W.H. Jude's (1851-1922) tune GALILEE, I instantly and irreversibly recognized a text-tune marriage between that tune and this hymn. Maybe it's just that I haven't sat in on very many observances of St. Andrew's day, so the STUTTGART union didn't have a chance to congeal. But I've never attended a church that used SBH, either, so it's not like GALILEE had a home-field advantage. You just recognize, sometimes, when two people, or rather two pieces of hymn culture, belong together.

I'm going to call Hymn 275 the cut-off for this installment, so I can turn the page next time and enter a hotbed of "Type 1" tackiness that begins, promptly, with TLH 276. Till then, be good to good hymns, people!
Posted by RobbieFish at 1:47 PM