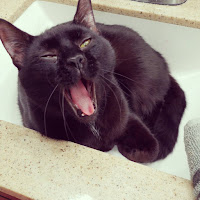 A game has been going around Facebook recently: "Can you describe your favorite movie as boring as possible?" In churchly circles, a variant I've seen replaces "movie" with "Bible story." Here are the boringed Bible stories that I contributed to that thread. Mostly written in headline style:

Posted by RobbieFish at 8:26 AM