After taking a brief break to provide easier access to some examples of positive things I am trying to do to combat tacky trends in hymn selection for American Lutheran congregations, I feel ready to continue charting the ups and downs of the 1999 Wisconsin Synod hymnal supplement, Let All the People Praise You: A Songbook. Once again, note that songs are organized in alphabetical order and the numbers preceding them are page numbers, because LAPPY does not do hymn numbers.

(176-177) Let the peace of Christ rule in your heart is a popular-style piece by Benny Cagle that roughly paraphrases Colossians 3:16-17 – very roughly. In fact, the first line apparently corresponds to the phrase "Let the word of Christ dwell in you richly," but for some reason Cagle felt like gentling "word" down to "peace." Also, strangely, he missed the opportunity to mount lyrics about the rest of verse 16, which talks about teaching and admonishing each other with psalms, hymns and spiritual songs, etc. What an opportunity missed for what is ultimately a bland, derivative, repetitive ditty.

(178-179) Let there be light is, surprisingly, not a song about the creation of the world but a prayer for world peace that I think would make a lovely choral (or vocal solo) opening for a meeting of the United Nations. I have no doubt of the sincerity of Francis Davis' lyrics, which are beautifully written but a little humanistic. The second-stanza lines "Open the door of concord Opening in to grace" seem, to my fevered imagination, to play games with the biblical meaning of the word "grace." Another stanza begins, "Perish the sword; Perish the angry judgment," which sounds a little bit like questioning an item on God's revealed program for the end of the age. And other than the closing line, "Hallow the world God made," and the allusion to his first recorded words in the first line, it doesn't directly mention God, although one might assume it is addressing Him. So, I just have a niggling doubt that it isn't an example, like Longfellow's "I heard the bells on Christmas day," of a secular song using Christian imagery that has somehow conned its way past the gatekeepers of a church songbook.

Excuse the paragraph break, but I think David Hurd's tune to this hymn deserves a comment unto itself. It's a gorgeous piece of modern art music. I totally believe in it (and the lyrics it supports) being performed in public. But I'm pretty sure that performance will be by a rehearsed ensemble. I don't think it will be a big success as a hymn for the congregation to sing, even apart from what I said about the words. 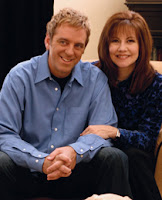 (180-182) Let there be praise is a three-page CoWo anthem by Dick and Melodie Tunney, with guitar chords, and with pop music rhythms that will throw most American Lutheran congregations that try to ride it, leaving them stunned in the dust. The exceptions will be groups that have been thoroughly exercised in sacred karaoke (you know, with the words animated on a big screen above the praise band, etc.) and, meaning nothing rude by it, when I walk into a church and see that set up for the service about to begin, I run for it. But what, you ask, would I miss by not hearing or trying to sing the words to this song? A refrain full of praise, joy, glory, praise and joy; a first stanza in which Jesus welcomes our praise and dwells deep within, giving peace that has no equal and love that knows no end; a second stanza focusing on the Spirit within us, by whom we will overcome, whose strength defends us in our weakness and so on unto praise, gladness, etc. All of it seems good at face value, but what it doesn't have is the blood of Jesus, the cross, the means of grace or the forgiveness of sins. It could almost be taken to mean that in the act of praising God, we draw Jesus and the Spirit into ourselves. All right, you dogmaticians. What do you say to that?

(183) Let us break bread together (on our knees). No, no, no, no, no! And again, no! Why not? I've already explained that, here and here. But in case I wasn't clear enough on those previous occasions, I'll come right out and say it now: By what this communion hymn doesn't say about the Sacrament of the Altar, it effectively denies what Luther and the Lutheran Church have maintained about it at great cost – i.e. that we are eating and drinking Jesus' real body and blood – and that this is an important "here we stand" locus of biblical faith and doctrine. Thanks to this song and a number of others like it, the enemy is now within the gates.

(184-185) Let your heart be broken has a tune written in 1933 by John Vanderhoven (1887-1974) that comes from a more modern era than it sounds like, imitating the style of Victorian hymn tunes that tend to be paired with smarmy, sentimental texts that people 80 years ago wanted to sing in the Lutheran church because they had poor theological judgment and worse taste. The words, by Bryan Jeffery Leech, is a "caring for society" song the likes of which I myself am guilty of writing on occasion. The message has merits and is based on some of Jesus' preaching. "Be the hands of Jesus, serving in his stead" (stanza 1). "Living illustration of the living Word to the minds of all who've never seen and heard" (stanza 2). "Be the means through which the Lord reveals his grace" (stanza 3). "Add to your believing deeds that prove it true ... Follow in his footsteps," etc. (stanza 4). "See mankind as God sees," etc. (stanza 5). Lots of good, sound, Third Use of the Law exhortation. But all Law. Law, Law, Law.

(188-189) Listen to my prayer, O Lord is an uninspired CoWo ditty by Handt Hanson (with guitar chords) based on what I think might be fragments of Psalm 143 – another example of the CoWo movement's minimalistic approach to psalm paraphrases.

(190-191) The Lord is my light is a paraphrase of a few verses from Psalm 27 (or fragments of verses, in some cases) by Marjorie Jillson, set to music by Heinz Werner Zimmermann. The lyrics are, therefore, another example of what I've been saying about CoWo paraphrases. Meanwhile, the music simultaneously provides a rhythmic challenge that will probably not go over well with a singing American Lutheran congregation, and a piano arrangement with fast-moving three-note chords in the right hand over a slow-moving bass line in the left that suggests that someone involved in its arrangement wasn't a fluent pianist. It doesn't look like a strong piece to me, from any angle.

(192-193) The Lord is present in his sancutary is a CoWo piece (with guitar chords) by Gail Cole that, in three stanzas, repeats that first line all of six times, and has a refrain whose lyrics boil down to "Praise him, Let us praise the Lord, Let us praise Jesus" with various repeats. The only difference between the stanzas is whether the remaining line, also repeated twice, says "Let us praise the Lord," "Let us delight in the Lord," or "Let us serve the Lord." So, copy whatever I've said before about certain praise songs taking up a lot of time to say not very much, and paste it here.

(194-195) Love is his word is a seven-stanza lyric by Luke Connaughton set to a tune by Robert Hutmacher that, amazingly, modulates from five flats to four sharps at the beginning of the refrain. Ordinarily, I would say something more precise, like "D-flat major" or "B-flat minor" on the the one hand, "E major" or "C-sharp minor" on the other, but Hutmacher's harmonization makes this tricky. It starts on a B-flat minor chord but the stanza music ends on A-flat, the dominant of D-flat. The refrain starts in E but ends with a C-sharp major chord that dovetails cleverly with the presumed opening key of D-flat. It's a music theoretician's fun-house, but for all that it doesn't really seem particularly well written, substituting superficial effects for real richness.

Paragraph break – the text. Connaughton's poem has an interesting structure, with the first line of each stanza interlocking with the first line of the next (and, in stanza 7's case, back to stanza 1). Maybe it's because of his meter, but his choice of the word "sign" makes me a little uncomfortable in the stanzas that discuss the Lord's Supper. He takes a risk, paraphrasing Jesus' sermon to his disciples on the night he was betrayed in this format, and I admire it. But I would want to put an asterisk and a footnote in there somewhere clarifying that the juxtaposition of "sign" with bread/wine and body/blood is not meant to say the one symbolizes the other. And, of course, I'd want to replace the tune. Otherwise, what you have here is a solo or rehearsed ensemble piece.

(196-197) Lovely child, holy child is David Johnson's Christmas hymn, set to his own tune BETHLEHEM. I loooove this music and just want to say, thank you, David, for this beautiful piece! All right, it has Alleluias and guitar chords, but it's more like a sacred choir piece than a pop ditty, and that's why I'm adding it to the list of pieces from this book that I want to share with my church's choir anytime our lords and masters allow choral singing to resume. (If you're tuning in late, at this writing we're in the third month of COVID-19 and churches are just starting to open up for live worship again, but some people are saying choirs are bad for public health.) I don't want to disrespect Johnson's efforts as a poet, but I understand from experience that sometimes you pick a hard meter or rhyme scheme to work with, and it limits how deep you can go into the subject. This nativity text doesn't go very deep or venture anywhere particularly original, but I suppose you could put that down as childlike innocence. 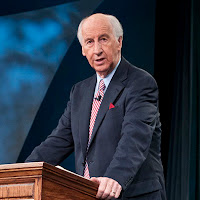 (200-201) Majesty (worship his majesty) is a long, single-stanza praise song for which Pentecostal minister, prolific songwriter and Foursquare Gospel churchman Jack Hayford is perhaps most famous. It sounds like something a soloist would sing with a great big microphone practically touching his face, standing in front of a megachurch/TV soundstage orchestra with tears running down his face and a vibrato that registers on the Richter scale. Other than that, my only comment on the music is that I think the modulation to D, three-fourths of the way through, is wasted when the next phrase resumes in the original key of B-flat. I don't find any harm in the words, though I'm not sure a showbizzy, slightly pomp-and-circumstancey pop praise song really belongs in a Lutheran church and I wonder, the more we open our hymnals to the productions of Pentecostal theologians, where we'll draw the line.