I wrote this hymn yonks ago, when I was the secretary to a theologian who liked to wonder aloud why there weren't more hymns about the biblical use of horticultural grafting imagery. It ended up in my collection of hymns, Useful Hymns, but apparently it was the only original number in that work that never found its way onto this blog – which probably dates it to earlier than February 2007. At some point I started retroactively numbering my original hymns on the blog, but I was only able to count back to 2; I guess this fixes that. Also, be aware, there's another grafting hymn in my oeuvre, also written for the same guy. Who, in both instances, more or less said "Meh." In my book, the tune paired with this hymn is WIR DANKEN DIR, from some publication or other published in Erfurt in the 17th century. So, long overdue, I give you...

Lord Jesus, graft us into Thee,
That we Thy tender shoots might be.
In Thy Word rooted let us grow,
That into us Thy life may flow.

When we break off and go astray,
Lord, do not leave us to our way.
Restore Thy branches, yea, forgive,
That we once more in Thee might live.

Apart from Thee, as Thou hast said,
O Christ, we would be cold and dead;
Would bear no fruit; would but decay,
And by the wind be blown away.

If Thou hadst cut us off, what gain
To root or branches would remain?
Forbear with us a little more,
And nourish us from Thy rich store.

Thine is the life that flows within;
Without Thee, we are lost in sin.
Thine is the bloom whose beauties shine;
The fruit we bear is only Thine.

As twigs cut from another tree,
As strangers, we were brought to Thee,
Bound to Thy wounds, fed by their blood,
And knit into Thy very wood.

No matter whence the wild twigs came,
They grow to be one and the same
With every cultivated shoot
That sprang from Thy first-planted root.

Tend us with care, lest we be cast
Away and shrivel up last,
While other branches, by Thy grace,
Are grafted in to take our place.

Rather, let us in Thee be found,
Nor let us fall on to the ground;
Feed us and prune us tenderly
Till all things are put under Thee.

To God the Father, God the Son,
And Holy Spirit, Three in One,
Who was and is and e’er shall be,
We lift our praise unceasingly.

EDIT: Make no mistake, this wasn't the first hymn I ever wrote, by far. Any of the 40-some hymns that I blogged under "Scratched and Dented Hymns" pre-date this. I'm not at all sure, but it just might be the first original hymn I wrote after a long dry spell between college (1990s) and becoming that man's secretary (2005-ish). I wouldn't have dreamed then that in another 10 years or so, I would have published a book with 201 original hymns in it. If it's not presumptuous of me to say it, God is good. 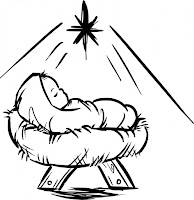 ANOTHER EDIT: You want to know frustrating? I've finally gone through and linked all my original hymns (and a couple of translations) from wherever they were posted on my blog to here. And now, guess what! I'm missing one more ... which also means that my numbering has probably gone off somewhere. Here it is, numbered accordingly (and appropriately, it belongs to the "Scratch and Dent" era). The tune, which I wrote for it in about 1993, is titled YLVISAKER but don't go all mushy on me; I wasn't thinking about hymn writer John Ylvisaker at the time, but about the fine arts building at my alma mater, Bethany Lutheran College in Mankato, Minn. Not my best stuff, but at least I can link it to the TOC now!

Hail O rising Star of David!
Come, O long-awaited One,
From all ages God the Son!
Great the mystery of Godhead,
Dwelling in such low estate
Sinners to emancipate!
Our creator with his creatures
Shares their frailest, mortal features,
Setting glory thus aside;
Oft denied
Any place to lie in comfort,
Pow’r puts on humility,
Life Himself, mortality.

First proclaimed by angel heralds
To the herdsmen in the field,
Ever since the news has pealed.
Glorified by eastern sages,
Sought by kings, yet He was laid
In a barn, in rags arrayed.
All the prophet’s words fulfilling
Now He comes, for God is willing
Our salvation to disclose.
He who knows
That this Babe in David’s city
Comes to hang on Calvary
Shall not die eternally.

Counsel us with all your wonders,
With your might, O God defend,
Father, everlasting Friend!
Prince of Peace, give peace among us;
Son of Man and Son of God,
Graft us into Jesse’s Rod!
David’s Lord, yet David’s offspring,
Suff’ring servant, Paschal off’ring,
Shine on, Star of Bethlehem!
Priceless Gem,
Sinless, You became sin for me;
Blessed, you became a curse,
Free salvation to disburse.

UPDATED UPDATE: I think I can explain why the hymns counted backward to zero. Some time ago, I discovered a hymn that I had blogged but that, mysteriously, didn't make it into Useful Hymns. Its numbering in the blog chronology separates it from other hymns, numbered 202 and above, that will join it in the sequel, Edifying Hymns. There.
Posted by RobbieFish at 8:14 PM