Last Book Review of the Decade

The author of The Various, Celandine and Winter Wood was kind enough to send me a copy of his latest book after it was released in the U.K. In the U.S., the book won't be released until July 13, 2010. Mark that date on your calendar, kiddos. Or better yet, pre-order it. If you're a boy who likes fantasy featuring guys like you, or a girl (like one I know) who prefers stories where the main characters are boys, get this book. If the climax of the Harry Potter series fulfilled all your hopes for a desperate battle of survival in a ruined school, get this book. If you're concerned about what might happen to mankind if the polar ice-caps melt and the oceans rise, get this book. If you like to squirm like a hooked worm while villains menace and suspense builds, get this book. If you've ever wondered whether your farts could be used as a weapon, get this book. Have I missed anybody? That's all right.

Get this book anyway and give it to someone who fits one of these descriptions. Then look for them a day or two later with their nails bitten to the quick and a gleam of haunted triumph in their eyes.

The "reality TV" programs of recent years have taught us to associate "survival" with the question of who gets "voted off the island." In a possible, near-future Britain, this question isn't just a metaphor. The floods have come up and, several years later, they still haven't gone down. All that remains of civilization are a few people scratching a living out of the little dry ground that remains. They depend for survival on trade with the Ecks family - three burly brothers who use their SCUBA diving skills to bring up supplies and tinned food from the murky depths.

Isaac, Luke, and Amos Ecks and their associate Moko are armed and ready to defend themselves, their boat, and the island - formerly the site of the Tab Hill Girls' High School - where they process and store the treasures they obtain by either diving or trading. They are ruled by the iron hand of their father, a terrifying religious fanatic named Preacher John. And they are served by the slave labor of a group of boys whose parents bought their passage to the island, hoping life would be better for them there.

In some ways, life on Ecks Isle (or, as it is more often spelled, X Isle) is better than the mainland alternative. The boys are regularly fed. They have a safe, sheltered place to sleep. They are kept physically active and enjoy the company of kids their own age. But that's the best you can say for an island where the work force is pushed to the limit of their endurance, fed starvation rations, terrorized and abused by a couple of teenaged capos, and kept going through all this by the knowledge that, if they weaken, they will be "voted off the island." And in their case, that doesn't necessarily mean they'll make it back to the mainland. 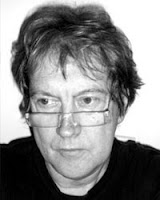 The last boys brought to the island are Baz and Ray, two youngsters who specialize in survival, each in his own way. Baz instinctively moves to protect more vulnerable people like Ray. Ray, for his part, is sustained by an extraordinary talent for keeping secrets, and by a sometimes frightening streak of ruthlessness. In a few weeks, they become part of the tight-knit group of boys who have learned to survive in the nightmare world of X Isle. Nevertheless they bear witness to hideous cruelty and tragic loss. As Preacher John's religious mania reaches the point where human sacrifice may be the inevitable next step, and as the Ecks brothers' disregard for the boys' lives puts them in imminent danger of being drowned in the floodwaters, the boys must move ahead quickly with a desperate, hare-brained plan that is, after all, their only hope.

X Isle will spark a fantastic array of images in your mind. Images of both the best and the worst that people can do to each other in a life-or-death struggle. Images of a world where a change in the color of the water can make the difference between despair and hope. Images of an opportunity for one small group of decent kids to start a new life -- if they can stay alive.

Some of the surprises in the story may not surprise you. I spent the whole book knowing something Baz didn't figure out until the end; and though I had no reason to expect him to be forced on board the divers' boat at the climax of the story, I had already told myself: "That's all this book needs to make the suspense as unbearable as possible." It's sometimes amazing to be right. It's sometimes fun to know something the main character doesn't know. And it's always an intense ride when Steve Augarde is at the controls. If you've read his Touchstone trilogy, you'll know what I mean. But even if you haven't, that's all right. Get this book. It will shake up your ideas about fantasy, flatulence, and young-adult fiction.
Posted by RobbieFish at 8:59 AM

Oh, so good to have found another Steve Augarde admirer in the US!
I haven't read this new one of his, but alone the quality of the Touchstone Trilogy has given me the urge to get this one asap!
I love those above! He is fabulous, his fantasy and language rich and satisfying! A beautiful story!
This is not just for children, but for people with an open heart and mind of all ages!
You have written so captivating and full of excitment about this new book, it should have been in the New Yrok Times book review!