Before continuing with the Easter hymns of Christian Worship: Hymnal (Milwaukee: Northwestern Publishing House, 2021), I repeat:

Please understand the following three "types" of comments for which I'm interested in singling out hymns for special mention. "Type 1" means I wish the editors had shown better taste than to include such-and-such in the book, because it clashes with the decor (i.e. doctrine and spiritual culture) of an intentionally Lutheran church body. "Type 2" is just a point of trivia that I want to raise, like "what an interesting choice of a tune to go with this hymn," etc.; not necessarily an example of tackiness, as such. "Type 3" is the reverse of tackiness: a hymn so marvelous that its appearance in CWH shows up other hymnals that don't include it. (Also, let's assume references are "Type 3" unless otherwise specified, and "tacks" are awarded on a five-tack scale of tackiness.)

439 and 440 are both "Christ Jesus Lay in Death's Strong Bands," Luther's great Easter hymn. 339 is set to the original tune, CHRIST LAG IN TODESBANDEN, adapted for the hymn from a medieval Latin chant (it bears a family relationship to the tune CHRIST IST ERSTANDEN, "Christ is arisen"), and already known to millions of Lutherans around the world. It's been the subject of countless cantatas and organ pieces by composers from J.S. Bach to yours truly, and any intentionally Lutheran congregation that hasn't learned it should get working on it. In an apparent attempt to relieve them of any sense of obligation to do so (at least as far as the tune goes), 440 replaces CHRIST LAG with a pleasant, modern tune called NORTHBRIDGE, by Kermit Moldenhauer. In case I didn't make my feelings sufficiently clear when LSB attempted a similar substitution for a couple of Luther's hymns, I regret to say – regret, because Moldenhauer's tune really is quite nice – that switching tunes at this point is going to hurt rather than help the cause of uniting worldwide Lutherans around the spiritual and cultural treasures of historic Lutheran hymnody. To put it in crass terms that no one can mistake, the best result that can come of this is to have a bunch of Lutherans get together to sing this hymn and end up divided over which tune to use. Don't tell me that's ridiculous. I speak from experience. 1 tack.

447 (Type 1) is "Christ is risen, He is risen in deed" (first line, "How can it be, the One who died") by Keith and Kristyn Getty and Ed Cash. It's a CoWo ditty that I'm going to ding, for starters, for being printed with melody only (complete with rests suggesting an instrumental bridge) because, again, it's a new, unfamiliar piece and some of us want to be able to play it and hear how it goes without splashing out on the accompanist's edition. A second, closely related ding: given its style and layout, it will tend to be performed at the congregation, rather than by them. It can't be asserted strongly enough, or often enough, that the Lutheran reform survived and flourished to a great degree because of the chorale, and its unique way of involving the congregation in singing the faith; today's church tampers with that at its own peril. Ding 3 is the layout's need for additional roadsigns, directing singers to sing stanzas 1 and 2 before going to the refrain, then 3 and 4 before ditto, then to go back to stanza 3 or 5 after each refrain, etc. – a complexity of layout that a hymnal editor (cough, blush) might be forgiven if he's a lone ranger working on no budget whatsoever, but that will probably leave Grandma and Grandpa Smurf fidgeting in puzzlement and wishing the book had made it easier on them. If that's even an issue, given Ding 2. 3 tacks.

448 (Type 1) is "Now let the heavens be joyful," a very slender shaving off John of Damascus's Easter hymn "The day of resurrection" (cf. 450) set to a traditional French tune that I don't find particularly attractive. Compared to this piece, Hymn 450 includes twice as many lines of John Mason Neale's translation of the same hymn, sets it to a catchier tune and doesn't waste our time with a tacked-on refrain. 2 tacks.

451 (Type 1) is "See, what a morning" by Keith Getty and Stuart Townend. Sight-singing through it in my head, it sounds like a nice solo piece for the type of singer who clutches a microphone, backed by a pop music ensemble; in three words, Christian yacht rock. Very appealing if you're into that stuff. It's not shaped at all like a melody for a large group of untrained, unrehearsed musical laypeople to sing in unison. And while I'm echoing my dings for hymn 447, it's another case where the accompaniment is left off the page (an economy measure, I'm sure), so curious pianists like me can't play through it without making an additional investment. The text is good, though; I'd be interested in hearing it set to a more practical, participational tune. 2 tacks.

453 (Type 1) is "The tomb is empty" by Sylvia Dunstan, with additional text and a tune by David Haas. If I'm starting to sound like a broken record, it may be a sign that the Easter hymns section is particularly susceptible to this type of CoWo infiltration. Again, no accompaniment in the pew book; again, a melody structured more to be sung at than by hoi polloi. In addition, however, I have some issues with the text. Stanza 2 says "He lives again in all your Galilees," which borders on being too precious and seems, at least, a rather glib way to telescope the historic event of Jesus' resurrection with its application to our lives today. Stanza 4 wants us to meet Christ but isn't very clear about how or where. Haas's stanza (5) tacks on a commission to make disciples but, again, isn't explicit about the how. I'd like to say it's a well-structured text, inviting each of the senses (see, hear and touch, plus meet and serve) to take in the news that Christ is risen. But then I'd have to take it back, because at the same time, the structure involves an irritating pattern of quasi-stammering repetition, like "is empty, is empty" and so on. 4 tacks. 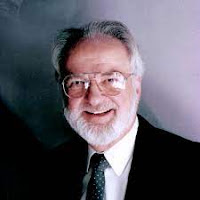 454 (Type 1) is Herbert Brokering's "Alleluia! Jesus is risen," on which I have already commented. I don't know, 2 tacks.

456 and 457 are "O sons and daughters of the King," the Easter evening/First Sunday after Easter (Quasimodogeniti) hymn from a late medieval Latin writer, which I have previously seen set (usually not within the same book, however) to both tunes presented here. 456 has GELOBT SEI GOTT by Melchior Vulpius; 457 has O FILII ET FILIAE. I'm pretty ambivalent about which tune I'd prefer. I wish one could lead the congregation in both versions. GELOBT is a strong, confident, jubilant chorale; O FILII is a hauntingly beautiful chant melody. I grew up on the one, and as an adult I wrote a choral arrangement of the other. So I'm partial ... to both. Well, props to CWH for leaving the dilemma up to each parish pastor and/or musical leader to work out as they see fit.

458 and 459 are "Christ is arisen" and "Christ the Lord is risen again," the one from 12th century Germany and the other from 16th century writer Michael Weisse, set to distinct but closely related variants of the same medieval chant tune. I've seen both in the same book before, but I don't recall seeing them placed side by side, as if for comparison. Interesting.

460 is "Alleluia, alleluia! Hearts to heaven" by Christopher Wordsworth, to which my only objection (1/2 tack) is co-opting Beethoven's HYMN TO JOY (or rather, Ode to Joy) melody, or worse yet, a dumbed-down version of it. But I'm tired of explaining why I despise this business of ripping classical music themes out of their native habitat and domesticating them as hymn tunes; I've explained it so many times on this thread that, rather than chase down every previous mention, I'll just refer you to this post, where I apply the principle to this tune and several others.

466 is "Christ has arisen, alleluia," from East Africa, which I previously dinged but only for a reason that doesn't apply here. No tacks this time!

468 (Type 1) is "These things did Thomas count as real," a hymn that I've already critiqued, although CWH sets it to a different tune than the last book I saw it in (Southern Harmony's DISTRESS). I reckon it's worth 3 tacks, and none of them are for the tune. 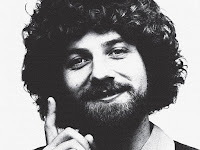 With the Ascension section starting with hymn 472, that's all I've got for today. As I noted in passing above, the Easter hymns developed a bumper crop of tacks compared to the preceding sections of CWH. Maybe it has something to do with the happy-clappy tendency of Easter rejoicing. The butcher's bill: 20-1/2 tacks, for a new running total of 44 tacks in 171 hymns, or a tackiness quotient of 0.26 tacks per hymn. Ouch! And hey, I'm not opposed to listening to happy-clappy Easter songs. I've rather enjoyed Keith Green's "Easter Song" since I was a youngster. But I would never mistake it for a hymn that the congregation should be asked to try. It's totally a solo, ensemble or choir number, and that goes for several of the CoWo pieces in this book – songs that have merit, on their own terms, but that just don't accomplish the purpose implied by including them in a pew hymnal for a singing, participating congregation. So, with that reproof, I'll let CWH slink off and lick its wounds until another day.
Posted by RobbieFish at 4:08 PM