Once again, to get credit for each question, give the character's full name, and the title and author of the book that made him or her famous.

1. My first name is Alan. I am a swashbuckling big-game hunter in 19th-century Africa. While trying to track down a vanished Brit, I discover a hidden treasure. Take a bonus point for naming the blockbuster movie character based on me.

2. My first name is Jack. Brought up by a con-man, I form an unlikely symbiosis with a poet-warrior who has high ideals of honor and courage. My scaly partner literally watches my back, particulary during his quiet time, when he takes the form of an animated tattoo on my skin.

3. I am a prince who is given 99 hours to bring a thousand jewels to an evil duke's castle, in order to free an enchanted princess and avoid being fed to the geese. Take an extra point for remembering the princess's name too.

4. My first name is Gilbert. I am the most successful practicing magician of my time, though I devote most of my efforts to destroying other magicians. Even after I take on an apprentice, my jealousy of the arts leads both of us to tragedy.

5. My brother's name is Nealey. Together we live through poverty, neighborhood melodrama, and the alcoholic death of our beloved father, in the midst of a crowded and colorful city.

6. My first name is Gene. I go to Devon Prep School, where in a moment of blind jealousy, I lash out at my best friend. Afterward I struggle with guilt, shame, and fear of discovery, even before I fully realize the terribleness of what I have done. Take a bonus point for naming my unfortunate friend. 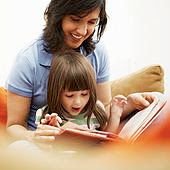 7. My brother's name is Anthony. One day, while I am practicing for sainthood, a bag of money that is about to be removed from circulation falls out of the sky, and my family goes wild trying to spend it all before it is too late.

8. My initials are B. B. B. I steal a magical old book and hide in the school attic, reading until I become a character in the book myself. Then the danger arises that I may forget who I was in the real world and be unable to return.

9. My first name is really Angharad. A warrior chieftain kidnaps me from a colonial mission, but only because of an unexplainable compulsion. In time I develop powers unheard-of in a foreigner, and a pivotal destiny in a nation's struggle for independence. Take a bonus point for naming the prequel to my story.

10. My name is Arthur. A strange encounter during a near-fatal asthma attack sets me on a path of adventure, in which I must confront rogue agents of the Architect and strip them of their powers.

ANSWERS (Highlight between the arrows to see):

-->1. Alan Quartermain in King Solomon's Mines by H. Rider Haggard; 2. Jack Morgan in Dragon and Thief by Timothy Zahn; 3. Prince Zorn in The 13 Clocks by James Thurber; 4, Gilbert Norrell in Jonathan Strange & Mr. Norrell by Susanna Clarke; 5. Francie Nolan in A Tree Grows in Brooklyn by Betty Smith; 6. Gene Forrester in A Separate Peace by John Knowles; 7. Damian Cunningham in Millions by Frank Cottrell Boyce; 8. Bastian Balthazar Bax in The Neverending Story by Michael Ende; 9. Harry Crewe in The Blue Sword by Robin McKinley; 10. Arthur Penhaligon in Mister Monday by Garth Nix. Bonus Answers: Indiana Jones, Princess Saralinda, Phineas, and The Hero and the Crown.<--
Posted by RobbieFish at 11:05 PM

Ugh, I score poorly this time. I only know Francie and it is only because I watched the movie. It was one of mom's favorites.