More from The Service Hymnal: A Lutheran Homecoming (Boulder: Voice of the Rockies, 2001)... 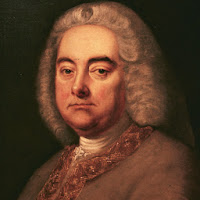 67 "Thine is the glory" (risen, conquering Son) commences the Easter section of the hymnal with a Baptist hymn text set to the tune JUDAS MACCABAEUS by Handel, from his oratorio of the same name. Let's just add this to my list of examples of classical themes converted into hymn tunes that, in my opinion, do a disservice both to classical music and to hymnody.

70 "Behold a host, arrayed in white" is a favorite Danish funeral hymn which Sucha strangely sites in the Easter section, though it is more relevant to the "end times."

72 "Now the green blade rises" has been discussed before. I mention it in passing, rather than simply passing over it, to give you a more accurate idea of how frequent are this book's questionable hymn selections. 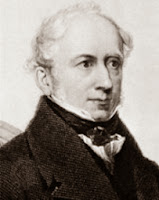 73 "Lift up your heads, ye gates of brass" is an 1821 Ascension hymn by James Montgomery, set to the well-known tune ELLACOMBE1. It is also, in sharp contrast to most Ascension hymns I know, an anthem of militant Christian imperialism. Stanza 1 depicts the cross of Christ as the banner of His army in the field, shining like a star on their march and leading them in the fight. Stanza 2 begins, "A holy war those servants wage," and continues with a crowd of martial images: a battle for "more than death or life" taking place between "the powers of heaven and hell," and "warriors of Christ's host" taking up their post "where hallowed footstep never trod," etc. Could this be interpreted as spiritual warfare against unseen enemies, such as temptation within, or the corrupting forces of society around us? The answering "Maybe" grows weaker as the hymn continues, in stanza 3, to discuss "the conquest of all lands," for "All must be his at length." Assuming that Montgomery is representative of his period and the Empire to which he belonged, this sounds awfully like using motives of Christian missions as justification for the military conquest and economic exploitation of foreign countries.

74 "Golden harps are sounding" is a precious little Ascension hymn by Frances Ridley Havergal (1836-79), full of childlike simplicity and warm sentiment. It also has somewhat of the ring of stifling schoolmarmishness that may have contributed to the frustration of many boys, some three or four generations ago, feeling strangled by their starchy collars and longing to be free from having to go to church and put up with such mortifying, emasculating sugar-water. It perpetuates poetical cliches like the phrase "pearly gates." And the words of its refrain, "All his work is ended," don't take into account the work of intercession Christ continues to do on our behalf, let alone His intimate involvement with the faithful on earth.

78 "There's a fountain flowing" is a 19th century Swedish hymn out of the Covenant Church that, according to editor James Sucha's explanatory blurb, splintered off the Lutheran Church in the 1800s. Its five stanzas, sung to a shmaltzy facsimile of a folk tune, dwell at length on the benefits of the liquid that flowed from Jesus' side on the cross. Yet the hymn never commits itself as to whether it is talking about baptism, the Lord's Supper, or anything else in particular. This vagueness seems calculated to let the reader, hearer, or singer imagine his own route of access to the benefits of Jesus' cross.

79 "Savior, thy dying love" is another hymn that I have previously abused (under the title "Something for Thee"), and it's an easy target, what with the breathless melodrama of its poetic meter and the warbly sentimentality of the tune to which I know it best: WINTERTON by J. Barnby. TSH however, like the hymnal referenced in my previous remark on this hymn, concentrates the shmaltz even more with R. Lowry's tune SOMETHING FOR JESUS, which sounds like the tear-jerking alma mater of an all-boys' Ivy League prep school. 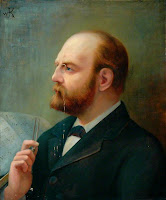 80 "Victim divine, thy grace we claim" actually does unite a tune by Joseph Barnby (1838-96)—ST. CHRYSOSTOM, on which I have also commented before—with a "Communion" text by Charles Wesley, one of the fathers of Methodism. Though it does a remarkably good job of expressing the mystery of the atonement, and almost (but not quite) gives a clear confession of how Christ applies the atonement to us in His Supper, it is not without its awkwardnesses. At least one of them seems to be the fault of Wesley himself, who (for example) in his fifth and last stanza dithers over whether to apply Jacobean verb-endings such as "-est" and "-eth"; sometimes he does, sometimes he doesn't. Other blemishes seem to be the mistake of the editor, who (for another example) mistakes the word "savor" for "savior." For me, though, this is mainly a tacky hymn because it's in the "Communion" section, but does not assert anything clearly and directly about the Sacrament.

81 "Let us break bread together" has been discussed before. With Communion distribution taking up less and less time in many Lutheran Churches—perhaps in consequence of their imbibing the ideas about the Sacrament expressed by hymns like this—it hardly seems necessary for Sucha to add two additional stanzas of his own composition to this historic African-American slave spiritual. The slightness of their content is ridiculously out of proportion to the amount of time they add to the length of this piece.

82 "Come, let us eat" is another hymn we have previously dealt with. What does Sucha add in this instance? He adds, for one thing, a patronizing but uninformative image of the map of Africa, on which the hymn's country of origin (Liberia) is almost too tiny to make out. For another, he offers a partial list of American hymnals the song has appeared in, including those of the Methodist and Covenant churches, as if we care. And thirdly, he suggests singing this hymn as a round, quote, "to give it zest." Thank you, I would rather have a twist, preferably in gin and tonic.

83 and 84 "A mighty fortress is our God" are two settings of Luther's paraphrase of Psalm 46, which Sucha triumphalistically styles "the greatest hymn of the greatest man of the greatest period of German history" and the "Battle Hymn of the Reformation." And though admitting that the isometric version of the hymn, originating in the cantatas of J. S. Bach, requires a translation in a different meter from Luther's original text, he somehow contrives that both settings are of the isometric version—whereas most hymnals offering two settings of this hymn would make sure that one was the rhythmic version, in Luther's original meter. Why include two settings of the same isometric version? In the first place, so that one can be in the key of C and the other in D. And in the second place, so that Sucha can include his own setting of the melody, "based on Johann Sebastian Bach." Let's not go there again, all right? If you're not going to leave Bach's harmonization unaltered (except perhaps by transposing it to a lower key), leave his name out of it!

85 "Eternal Father, strong to save" is "The Navy Hymn," as the subtitle at the top of the page admits. I have already called this offender on the carpet not once, but twice before, albeit for the gentlest of criticism. The biggest problem with having it in the pew hymnal is that the space is wasted on a piece that has very limited application in the real world; it seems better suited for an armed forces supplement or a thin book of devotional hymnody. But its appearance in TSH points up some of the more obnoxious aspects of Sucha's layout practices, including the arbitrary selection of fonts, which change from one stanza to the next, and the garbled syntax of the editorial blurb, whose want of a copy-editor's red pencil resulted in such unreadable sentences as, "Named after Melita, where the island the Apostle Paul reached after his ship went down (Acts 28:1); today we know it as the isle of Malta."

By now we have reached the section titled "General Hymns," which runs from hymn 83 to 193, with a few topical interruptions and refinements along the way. It is evident from this that less care has been taken in this book, than in any other I know of, to sort the hymns into intelligible categories. Within this region, Sucha is inconsistent as to whether or he includes the topical heading at the top of each hymn. He sometimes adds a subtopic, such as "General Hymns/Contemporary" and "General Hymns/Comfort." He occasionally takes time out for a group of hymns under another topic, such as "Confirmation of Youth," "World Missions," and even "Martin Luther King Jr. Day"(!!). One gets the impression, looking ahead (for we go no further today), that this project was still in an unfinished state when it went to press. I can well understand how the process of editing and correction can seem to go on for eternity. Perhaps, in this case, a never-ending purgatory of proofreading would be preferable to having gone off half-baked.

1Think: "Hosanna, loud hosanna."
Posted by RobbieFish at 8:34 AM