Our look at the hymn selection in The Service Hymnal: A Lutheran Homecoming (TSH) continues. For those just now tuning in, here's a general recap of the notes we have struck so far: (1) As one man's "dream hymnal," compiled and published on his own initiative, it reveals the importance of subjecting a hymnal project to the consent and consensus of a wider church body. (2) As the work of a Lutheran who converted to Methodism and back again, it invites suspicion of a fundamental bias against historical Lutheran criteria for hymn selection. (3) As a representative of a "conservative" school of thought, it reveals the importance of identifying precisely what period of "Lutheranism" one means to conserve. (4) With respect to the hymns in its Advent and Christmas sections, it also points up the importance of understanding the difference between a religious-themed folksong, carol, or popular ditty, and a hymn for public worship. Now let's see whether the next clutch of hymns corrects the impression that this book is, at bottom, a document of vanity, ignorance, so-so theology, and (let's face it) bad taste.

49 "We three kings of Orient are" opens the Epiphany section with five stanzas of the popular carol by J. H. Hopkins (1820-91). The same part of me that suffers when I see "its" confused with "it's" and "their" with "there," etc., squirms at the biblical misconception perpetuated by the first line of this hymn. It's not the "Orient" part that bugs me; the word, politically correct or no, means "East" and, as such, is correct whether you're talking about Persia or Japan. The trouble is "three kings," two words which contain two fallacies. Scripture does not say how many there were, and magi does not mean kings. If you could change the first line without doing violence to a widely loved carol, you might have something good here. But it would be better used in the home or in social gatherings outside the worship hour, because it is, after all, not a hymn. If you do not understand this, you probably shouldn't be editing a hymnal. 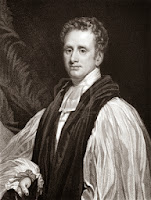 50 "Brightest and best of the stars of the morning" is by Reginald Heber (1783-1826), an Anglican bishop who died in India and who also wrote the popular hymn "Holy, holy, holy, Lord God Almighty." The latter is one of those hymns that a Lutheran pastor, be he ever so fastidious, can safely pick out of whatever hymnal or sight-saving songbook happens to be lying around an ecumenical chapel (such as in hospitals, nursing homes, and military bases); it becomes such an all-purpose mainstay that after a while you can sing it without noticing. "Brightest and best," meanwhile, is one of those as-heard-on-the-electronic-carillon pieces that, for all its cozy familiarity, also has a syrupy sentimentality about it that ought to make a Lutheran feel as if he had strayed into the wrong church. Much of this effect is due to James Harding's tune MORNING STAR; a more Lutheran-sounding alternate tune appears later in the book.

Although the Epiphany Season can sometimes run as long as nine Sundays (depending on which lectionary one uses and the date of Easter that year), these are the only two hymns listed under "Epiphany."

53 "What wondrous love is this" is a "USA folk hymn" from the American south, circa 1840. I have mentioned before that, for all its dark grandeur, it can be a trial of patience, what with each stanza repeating a few phrases of text several times in a slow tempo. Sucha adds to the tedium by inserting a stanza of his own composition. 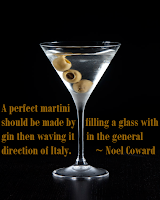 55 "Thy heart, O God is mourned, and known" (sic) is a bad translation of a Slovak hymn that LSB and ELW1 render as "Your heart, O God, is grieved, we know." The translator's initials? J. G. S. Coincidence? I think not. In addition to an almost incomprehensible translation, made still uglier by incorrect use of punctuation, Sucha supplies his own harmonization of the tune, which he actually claims, right in the "setting" credit line, to be "influenced by J. S. Bach." Now that I have played through Sucha's arrangement, I gather that Bach's influence on it is rather like the influence of vermouth on Noël Coward's recipe for a martini (illustrated here). There is exactly half a phrase of interesting harmony where I scent a resemblance to Bach's chorale harmonizations. In proportion to three and a half phrases of boring harmony and clumsy voice-leading—including gaffes that would have gotten red marks from the prof in Music Theory 201—this thinly diluted droplet of influence tastes weak compared to the aroma of berries—as in the berries the translator/arranger/editor displays by inviting the comparison. Must I add that it is highly irregular for a hymn's credit lines to mention supposed influences on the piece's style? This is tackiness above and beyond the call of duty! Sucha then repeats the claim that "The harmony here has had some influence from Bach" in his explanatory blurb at the foot of the page. "Some influence," he says, perhaps realizing that qualified language is indicated.

57 and 58 "All glory, laud, and honor" are two translations, side by side, of the 9th century hymn by Theodulph of Orleans. Hymn 57 is the "restored text and harmony," meaning J. M. Neale's (1818-66) translation and the arrangement from SBH.2 Hymn 58 is the "modern text version," with an only slightly different harmony by W. H. Monk (1823-89). It is interesting to compare the two versions, but really! What is an editor for but to make decisions? If he had chosen one version over the other, he could have spared room for another hymn. Or maybe that isn't such a good idea... Also interesting is the historical blurb's claim that St. Theodulph sang this hymn to the tune here named after him. This conflicts with the credit line, which ascribes the tune to Melchior Teschner, 1615. Sucha's informative chin-wag seems to be getting ahead of his data.

60 and 61 "There is a green hill far away" again represents the same hymn set to two different tunes. Connoisseurs of Lutheran hymnals will, at this point, develop a sickening feeling of "Oh no, it's SBH all over again, with two or three tunes devoted to way too many fair-to-middling hymns!" Though the historical blurb references the tune HORSLEY on both pages, that familiar tune is actually only used in hymn 61—a mistake that evidently slipped past the one-man editorial staff. The blurb also informs us that Ms. Cecil Alexander wrote the hymn by the sickbed of one of her Sunday school students, who afterward unexpectedly recovered and gave the hymn credit for her cure. The description falls just short of sounding like a miracle attributed to a holy relic. The hymn itself, meanwhile, comes just short of giving the afflicted child (then believed to be dying) a send-off full of pure gospel comfort. After describing the atoning death and love of Jesus in sweet, child-friendly terms, in its final stanza it adds works to faith in the means by which one takes hold of Christ's love. We "must" love him, it says in response to Jesus' love; and after urging us to "trust in His redeeming blood," it ends with, "and try his works to do." This almost sounds like taking pure gospel away with one hand and giving moralism and synergism with the other.

62 "Were you there?"—still tacky, for reasons I have already mentioned in this thread. Sucha's blurb at the end of the piece hints that its purpose is to enable worshipers to "express their feelings about Christ's passion." Imagine how much meaning relating to the same could be expressed in the time it takes to sing this slow, trembly spiritual.

63 "Jesus, keep me near the cross" has also come up before. The blurb explains that Fanny Crosby, "probably the most prolific hymnist in history," wrote over 8,000 hymns; and composer Doane, perpetrator of the tune that accompanies her text, wrote 2,200 hymn tunes. Both authors demonstrate in this hymn that quantity is no substitute for quality. That their work is widely distributed among American hymnals also goes to show that there is no accounting for taste. 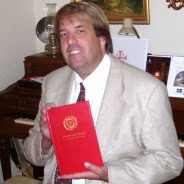 Sucha devotes two of the next three hymn numbers to blocks of text without music: 64 "Christ's Passion" (compressed into Matthew 27:27-31) and 66 "He Is Risen!" (quoting Matthew 28:1-10). Still more evidence that the book's editor does not understand what hymn numbers are for. In between, meanwhile, is 65 "Calvary! Calvary!" by none other than James Gerhardt Sucha, set to the tune GOING HOME, which was ripped off from Dvorak's "New World Symphony." Sucha's claim that the tune was originally an African American spiritual is factually inaccurate; the borrowing goes in the other direction. Sucha explains in his blurb that he envisions this hymn being sung during a solemn Good Friday procession. I think the tone of his mediocre, simplistic lyrics misses that mark. As for what I think of this use of a theme from a great symphony as a hymn tune... guess.

This brings us to the cusp of the Easter section of the hymnal, which I reckon is enough tackiness for today. Besides, I'm depressed. Professor "Let's dial Lutheranism back to the golden age of SBH," sometimes also known as Captain "I've returned from Methodism with a strategy to save the Lutheran church," is really getting me down. Have you noticed that practically every song so far has been an eligible target for my snobbery? That there have been hardly any truly Lutheran hymns up to this point? To be sure, there will be a thick appendix later on that majors in that sort of thing. So it really isn't quite as bad as it looks. But it's just one more tribute to the tackiness of Sucha's editing job that he lets the casual peruser gather the impression that the future of Lutheranism, as he sees it, has been stripped of meaningfully Lutheran content. It's the tackiness of a hymnal compiler who can't get out of his own way.

Do you wish to get sued?

James, don't be ridiculous. This is criticism. Authors put up with their critics. They do not sue them.