In spite of my recent obsession with naval fiction, I have not entirely given up my survey of the fantasy genre. When I chose this book, it helped that it promised a bit of both. Set in a world crafted with a Tolkienesque variety of made-up landscapes, languages, cultures, and political forces, it features a boy of remarkable gifts who, by the end of four thick books, will become a great military leader on land and sea. His name, at least to begin with, is Indevan-Dal Algara-Vayir. You can call him Inda.

Inda is the second son of a landed prince in the kingdom of Iasca Leror, where the native Iascans are the common people, who have not yet forgotten that they were conquered by the Marlovans, a warlike people from the north. To this day the Marlovans speak a kind of pidgin in which their ancestral tongue is reserved for military matters, while anything to do with farming and everyday business is spoken in Iascan.

They specialize in a kind of warfare carried out chiefly on horseback, and they practice strange social customs, in which the eldest son (whether of the king or of any nobleman) is trained in warfare at a military academy in the royal capital, and then in turn the eldest son trains his younger brother to be his "shield arm," to defend his territory right up to the castle walls. Inside the walls, meanwhile, defense is laid to the charge of the ruler's wife, and because marriages are arranged at birth (if not earlier), a daughter is frequently fostered off to be raised in the household of her betrothed, and trained from girlhood to perform these defensive duties when she becomes the master's wife.

So, it's not a really easy-going culture in which Inda was born. You feel for him from the beginning, because he is very clever and he has a heart of gold. Even as a boy of eleven years old, he shows tremendous potential as a strategist. So he is really delighted when the King's Shield Arm (Sierandel, and later Harskialdna, to use the Marlovan titles before and after the kingdom goes to war) summons all the second sons to his academy and begins training them for the expected war with the Venn of the far north. Inda takes to the Academy like a fish to water. Unfortunately, for reasons he cannot begin to comprehend, the Sierandel seems to feel threatened by him. Just when a boy of Inda's gifts seems to be what the kingdom really needs, a villainous plot to discredit him leads to horrendous tragedy.

When I reached the midpoint of this book, I was so excited that I had to call my father and tell him about it. I did so at great length, but to whet his appetite I opened with the following analogy—maybe it will excite you too. Suppose, when Harry Potter went back to Hogwarts for his second year studying wizardry, that when he crashed the flying car into the whomping willow, his humorous friend Ron Weasley was killed. Then suppose that Professor Snape, having rigged the car to crash, now conspired to have Harry take the blame for Ron's death. And, instead of continuing his studies at Hogwarts, suppose the heartbroken Harry was now expelled and hustled off, 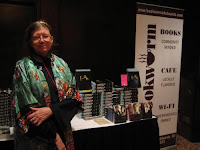 for his own protection, to where Voldemort would never look for him—say, the first departing vessel of the merchant marine. Wouldn't that be a stunner? And that's just the first half of the book!

Inda does, indeed, become a ship's boy in the merchant marine, while his "Hermione" at the Academy—a king's second son nicknamed Sponge—tries to carry on as leader of the second-son scrubs. The Royal Shield Arm's evil designs continue to mature, designs which involve holding Sponge back in any way possible. Sponge's older brother, the Sierlaef (another Marlovan title, there), makes eyes at the betrothed of Inda's older brother, and hatches evil plans of his own. Rumors of pirate attacks on sea, and of a Venn blockade retaliating for the Marlovans' latest war of expansion, continue to trickle in. Inda's intended, the sweet young Tdor, waits and hopes for his return.

And on the high seas, Inda and his shipmates pull together as a band of mercenary marines, specializing in protecting merchants against pirates. They do fairly well at that until, in the final pages of this book, Inda wakes up with a pain in his head after a fierce battle and learns that he has a choice: join the pirates or die... After reading this, I wasted not a moment in laying hands on the second book in this quartet: The Fox.

This sequel to Inda continues the dramatic rise in the fortunes of Indevan Algara-Vayir, a youth from the fantasy kingdom of Iasca Leror who, thanks to a vile conspiracy, washed out of a military academy and became first a merchant marine, than a marine mercenary. With tactical skills far ahead of people twice his age, Inda is a natural leader and an expert at fighting.

But now the very pirates he has been fighting against have captured him.

Fox is the name of the youth who, captured by pirates somewhat before our hero, we found whispering a choice into Inda's ear at the end of the previous book: "Become a pirate and join our mutiny, or die." The Fox is also the symbol of the kingdom Inda comes from, and the honor he holds in his heart. Honor which binds him not to step foot on his native soil until his name has been cleared of a schoolmate's death. Honor which separates him from all that he has known and loved, and an honor that cuts him to the quick as he agrees to join a pirate's crew in the hope that, somehow, someday, he will be able to undermine his command. That day comes more suddenly than Fox expected, when Inda spots a narrow window of opportunity to seize command of the ship. Then, after the first of many savagely bloody battles, Fox and Inda and their cronies become the leaders of a new kind of pirate fleet—one that preys entirely upon other pirates.

Though their destruction of numerous seagoing crime lords ought to be upheld as a public service, Inda and his pals continue to be regarded as pirates and outlaws by the coastal communities. Nevertheless they fight on, unwilling to rest until they have swept the seas clean of all pirates, Inda becoming infamous under the false name of Elgar the Fox. What they will do when all this is done is a matter on which Inda and Fox disagree, since Inda remains bound by honor to the Marlovan king, while Fox (whose ancestors were unthroned by the current royal house) wants to fight his way onto the throne. Neither of them knows, yet, that Inda has become the heir to his father's principality, following his older brother's death by treachery—the treachery, no less, of the king's elder son. Nor do they know that, after a bloody uprising against the royal family which the king's second son only, and narrowly, survived, Inda's school chum Sponge (a.k.a. Evred) now sits on the throne, and his own sister is queen!

All Inda knows is that, having disposed of the pirates, he now has to do something about the Venn, the great enemy from the north that is preparing to invade his homeland. The Venn have powerful mages helping them navigate their ships. Inda learns that he must get one of those mages to join his cause willingly, or all is lost. Everything he learns about the Venn, their naval and military power, comes at great cost. Inda endures the death of numerous friends, receives wounds that leaves scars all over his body, and undergoes a life-changing spell as the prisoner of a sadistic nobleman who wants Inda's help overthrowing his Venn masters. 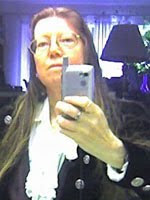 His reputation, in popular rumor, is compounded of equal parts awe at his prowess and disgust at his villainy. His closest associates are gripped by conflicting goals, romantic passions, doubts and suspicions. And back at home, his loved ones are losing the strength to wait for his return....

I can think of no better way to tell you how much I think of this series than to describe, in brief, the trouble I went to in getting hold of the third book, titled King's Shield. After reading the last page of this book, I did not think I could survive a whole day without finding out what happened next. I drove all over the metropolitan area, visiting one bookstore after another, but luck was not on my side. I found multiple copies of Books 1, 2, and 4, but not a single copy of Book 3! I even broke down and visited the public library, something I do so seldom that, on my last two consecutive visits, I had to get a new library card to replace one that had expired. I eventually gave up and placed an online order for King's Shield, and I'm reading it now. I'm in no hurry now. I want it to last a while!

Sherwood Smith, best known as the author of Crown Duel, is a sixtyish American lady who has written prolifically under a variety of pen names. The Inda books are the first books by her that I have read. If the same will be true for you, you might thank me for an "adult content advisory," in consideration of the very open approach to sexuality evident in Inda's world. While there is some magic there, I do not think it rises to the threshold of "occult content," given how very little magic there is, most of it on the order of domestic cleaning spells; the most interesting of which, in my opinion, is the "disappearing of the dead." Let the prospective reader, or parent thereof, be advised.
Posted by RobbieFish at 4:13 PM