For the last time I repeat:

In this last installment regarding TLH, we tackle the section toward the end of the book titled "Carols and Spiritual Songs," which I foretold would carry a lot of "Type 1" tackiness in proportion to the rest of the book. 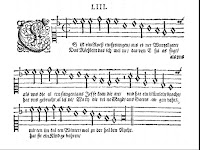 (645) Behold, a Branch is growing begins the section with a weird translation of the German Christmas carol "Es ist ein Ros," set to an isometric version of its own tune. Usually the translation runs "Lo, how a Rose e'er blooming," and the rhythmic version is quite well-known. I'm guessing the editors of TLH weren't down with the Rose metaphor that runs through this carol. Like some other carols that really don't measure up to the standards of being sung in church, this one imposes some assumptions on the Christmas story that aren't supported by Holy Writ, such as stanza 1's description of the flower of Jesse's stem being born "in midst of coldest winter, at deepest midnight hour" (a bit of poetic license, to be sure). The "midnight" canard is repeated in stanza 2. Some of this carol, however, is unusually fine, such as stanza 4, which continues the flower metaphor with a description of sweet fragrance that dispels darkness, confessing, "True Man, yet very God; from sin and death He saves us and lightens every load." So I'll withhold tacks from it, except for a tack shaving for the isometric melody and for flinching back from the Rose metaphor in line 1.

(646) Silent night! Holy night! has previously gotten lip from me.

(647) O little town of Bethlehem, or rather its tune ST. LOUIS, has also already been honored by my criticism. However, I might also note that besides ST. LOUIS and frequently seen alternate tune FOREST GREEN, I have detected ties between this well-known Christmas carol and several other hymn tunes, including Henry Walford Davies' CHRISTMAS CAROL (cf. SBH 27).

(650) Behold a Stranger at the door is a flimsy little scrap of decisionistic, altar call rubbish that shouldn't be in a Lutheran hymnal. Written by a certain Joseph Grigg (1765), set to Lowell Mason's HAMBURG (itself adapted from the Gregorian First Tone) and based on an obnoxious interpretation of Revelation 3:20, it (or through it, the singer) reasons and begs and pleads and cajoles and nags some imaginary person whose tush is warming the anxious bench to "admit Him" before He departs in wrath, before "the hour's at hand when at His door denied you'll stand." Oh, let Him in, it insists; let His reign in your heart begin; open the door. And presto! Your Lutheran congregation has become Methodist. 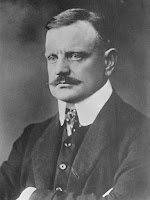 (651) Be still, my soul is a song I've frequently mentioned on this blog but, at the moment, I can't confirm my impression that I've taken it head-on. Set to the tune FINLANDIA, excerpted from the tone-poem by that name by Jean Sibelius – which, depending on who you ask, is either the one piece that makes him as a composer or the piece because of which they (classical snobs) write him off, and so both groups miss out on all his really great music – it's both an example of my long-running thesis that themes from secular music mix with hymnody only at great peril to both hymnody and the original music, and an example of really stinky taste. As a hymn tune, Sibelius' chorale theme is a great big gushy mess of inconclusive waffle, weighted down with pompous sentimentality. Wedded to Catharina von Schlegel's 1752 poem, it absorbs an additional layer of sentimentality, particularly in the repeated words "Be still, my soul." What in the name of all good is the congregation doing singing a pious individual's pep talk to his or her own soul? On the face of it, everything else the hymn says is fine, but it leaves so much unsaid – undertaking to encourage the struggling Christian by reasoning with them about God's love without ever mentioning Christ's cross, or the resurrection, or the means of grace.

I touched on (653) Now the light has gone away before – or at least, its too-precious tune, MUEDE BIN ICH. About Frances R. Havergal's children's bedtime prayer poem, I have to admit it hits many points that I think would be good for children to learn to pray about. It actually puts to shame a lot of other kiddie hymns, simply by including such lines as "Thou didst die that I might live. All my blessings come from Thee" and "Thou wilt love me to the end." Also to be commended to parents seeking a hymn for their children to learn by heart are (654) Now the day is over (words and music by Sabine Baring-Gould, best known for this hymn and "Onward, Christian Soldiers" and for his translation of the Basque carol, "The angel Gabriel from heaven came") and (655) I pray Thee, dear Lord Jesus, a one-stanza hymn from Thomas Kingo's Danish, set to Hartnack Zinck's beautiful tune JEG VIL MIG HERREN LOVE.

As evidence that a single remark made in passing can ruin something beautiful for you, I might mention (656) Behold a host, arrayed in white, which I thought was all right until a certain pastor mused aloud that the line at the end of stanza 2, "The Lamb, their Lord, at festal board Himself is Host and Guest" doesn't really make sense in the context of the paschal feast – or at least, fails to mention that He actually is the feast. Let's put it down to things inevitably going astray in translation and note that (1) TLH employs a pretty hymn-like arrangement adapted from Edvard Grieg's harmonization of the Norwegian folk melody DEN STORE HVIDE FLOK, which TLH titles GREAT WHITE HOST; compare the much more theatrical arrangement in LW 192. (2) Folks who can imagine no other tune being paired with this hymn may be astonished to learn that in LHy 492, the Grieg piece is only the second tune, while the first is a Ludvig Lindeman number by the same name. And finally, (3), I'm the organist who missed a repeat sign while playing the second tune out of LHy 492 and left the congregation hanging at the end of Stanza 3. Mea maxima culpa. 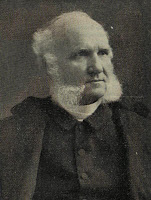 (657) Beautiful Savior is that hymn, which everyone knows by heart from Sunday School on up and can probably sing in harmony even if on most days of the week they can't carry a tune, translated from German by Joseph Seiss, a 19th Century dispensationalist and leader of a movement within American Lutheranism toward being more American and less Lutheran. At risk of burning any bridges still standing after all my caustic remarks in the first 79 installments in this thread, let me note that his musical masterpiece is really not all that it's cracked up to be. Stanza 1's phrasing "Truly I'd love Thee, Truly I'd serve Thee" comes across as oddly conditional, though the conditions aren't stated; maybe it's a contrary-to-fact statement, like "if only You weren't like the Lutheran Confessions say You are." Stanza 2 waxes lyrical about meadows, woodlands and flowers, only to claim that Jesus beats them all. In case that theme hasn't been sufficiently developed, Stanza 3 applies the same richness of description (mostly the adjective "fair") to sunshine, moonlight, stars and even the angels of heaven, than all of which Jesus shines brighter and purer. And finally, after a semi-repeat of stanza 1, the fourth ascribes glory, honor, praise and adoration to Him. Which all adds up to about as much fun as a group of Lutherans can have singing about Jesus without devoting even one word to our reasons for praising Him – who He is and what He does for us. I just wish Seiss had mentioned glacier-topped mountains so I could make clever use of the phrase "snow job."

(658) Onward, Christian soldiers is that other well-known hymn by Sabine Baring-Gould, with music by Arthur Sullivan (yea, he of Gilbert & Sullivan), and (660) I'm but a stranger here also partakes of a Sullivan tune, and on both of them I have previously commented at least once; and beyond what I said there, peace.

Next time, I think, I will follow a reader's suggestion and begin a new segment, praising the beauties (and occasionally knocking the blemishes) of The Evangelical Lutheran Hymnary, the ELS hymnal that came out in 1996 when I happened to be in the ELS, and for whose editors I hold much personal and professional love and admiration. Could they be guilty of tackiness? Well, nobody's perfect. Wait and see. We might just find out that they've uncovered rare treasures worthy to be more widely known.
Posted by RobbieFish at 4:18 PM