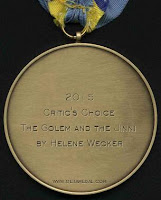 To atone for the grievous sin of not having inaugurated the Robbie Awards until this time last year, I will now step backward and see what I can see about a few previous years. Unfortunately, I can't go back any further than 2009, since 2008 is the year I ransacked the archives of the original "Book Trolley" and brought them over to this blog - including reviews that date back to 2003 and, in some cases, earlier. And so...

The nominees (i.e. all the books I reviewed during that year):
Oh, goodness. There are a lot of really good books on this list, even though I only managed a paltry 51 books that year. In my defense, I spent that year living with my parents - while working full-time, mind you - and the TV was more of a distraction than it is when I'm living alone. In quantitative terms, the difference is "continuously on" vs. "never even plugged in." So, to move on to the winners: 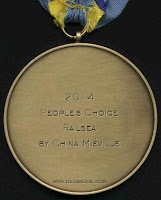 The nominees:
Well, that's better. Almost made it to 100! Also, another year with so many really good titles, choosing a handful to anoint as "the best" is really hard. Nevertheless, the winners: 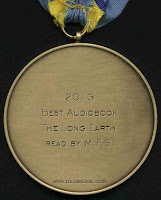 The nominees:
Holy cow! That year's total is second only to 2016, so far. And lo, the winners: 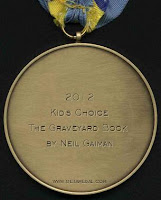 The nominees:
Here was another fairly productive year, book-review wise. The winners: 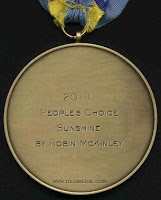 The nominees:
Well, that wasn't much of a year, in terms of the number of books I read - though there are some pretty hefty tomes in that list. The winners: 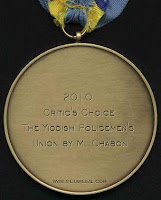 The nominees:
I almost can't believe that year happened. I'm not sure what was up with that, other than that I seemed to have been watching a lot of TV on DVD. As for book awards - the best thing I can say is, I don't have to be as choosy to choose the winners: 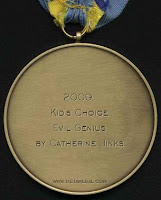 The nominees:
Whew! That was a big reading year for me! The winners:
As for previous years, here is a post in which I list (without specifying which book I read which year) books I had pegged as "the best book I have read this year."

Posted by RobbieFish at 2:33 PM