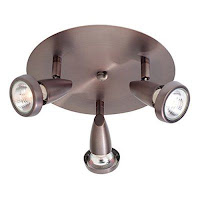 Today is Fronday at the newspaper where I work. That is to say, our regular Monday deadline for next week's paper has been pushed up to Friday, because of the Labor Day holiday. Friday + Monday = Fronday. The phenomenon is also known as "the dread week of two Mondays." Get it? Good.

So, early this morning, with the prospect of Fronday looming in my subconscious, I had an interesting journalism-related stress dream.

In my dream, I was sent on a photography assignment to a high school dance, where I was somehow dragooned into shooting a picture of each couple attending the dance. First in line was a quadriplegic boy in a wheelchair, who was accompanied by a male caregiver. I pulled out my pen and reporter's notebook and asked for their names, but the caregiver insisted his name was "88 Colt" and launched into a long-winded, melodramatic story about how he came by it - probably something to do with a Dodge subcompact car, I suppose - but I interrupted him and politely asked him to save it for later. Then I tried lining up the shot, but one of the bulbs on this sort of track-light fixture above the dais was pointed in my direction and it was causing a lens flare. So, I started looking for a chair or something to stand on, so I could adjust the angle of the light, and started to get flustered by the evident impatience of the long line of dance-goers waiting to be photographed...

Yeah, it was a pretty miserable dream. It made me glad to wake up and realize that I only have to deal with Fronday.
Posted by RobbieFish at 8:55 AM

Email ThisBlogThis!Share to TwitterShare to FacebookShare to Pinterest
Labels: dreams