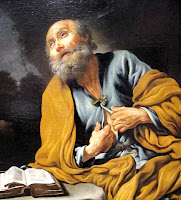 This hymn came about in an unusual order. First, I had an idea for a "Lament Hymn," but as I fleshed it out, it spontaneously developed into a "Consolation Hymn" instead. Nothing daunted, I gave some more thought to what kind of "Lament Hymn" I meant to write. And for some odd reason, the first thing I knew for certain about it was that it was going to be in the meter 7.6.8.8.7.6. The second thing was that its stanzas were going to start with a succession of question-words, like the famous Five Dubyas of inverted-pyramid ledes in textbook journalism. The third thing that arrived, before I got any farther into writing the text, was the original tune below, titled LAMENTATION. And finally, I was able to write the hymn, complete with a bunch of biblical allusions that seem to have been waiting for me to get out of their way. Many, many examples bear witness that I most often write an entire hymn text before spending a moment thinking about its tune. There have been times, though, when I had a tune picked out beforehand; there have been times when a tune sprang to mind in the middle of the text's composition; and I can even recall one instance when I had writer's block on a hymn text until I changed my mind about the tune. I guess there is no one right way to go about this!

Why, Lord, am I afflicted?
Why must my burden grow?
Since for my sake a Victim died,
No sin can damn but faithless pride.
Of Christ I stand convicted;
Lord, let the captive go!

How long must I be tested?
Lord, help my unbelief!
Unless You cut time's raveled cord,
Will You find faith on earth, O Lord?
Before my strength is bested,
Make haste to grant relief!

Who am I, that You fasten
On me such scrutiny?
My days are full of feeble fright,
And groaning lengthens every night;
Forbear, this once, to chasten
So foul a worm as me!

What idol have I cherished
That has not fallen down?
To me the world is truly slain;
I gladly count it lost, to gain
The grace of Him who perished
To win the Victor's crown.

Where can my soul be hidden
In ocean, land, or sky?
Lord, though I made my bed in hell,
You stoop to visit where I dwell;
Oh, that I might be bidden
To rest with You on high!

When will Your trumpet's warning,
Lord, put all foes to flight?
While here in feebleness I grope,
Your resurrection is my hope.
Bring soon that youthful morning,
With You its only Light!
Posted by RobbieFish at 9:07 PM