Keep Up with Book Series (Part 1)

It's been about three years since my last progress report on all the series of books I'm trying to read at the same time. Have I almost caught up yet? Or am I even farther behind? Behold, the depressing facts... 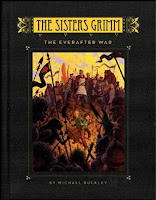 Just like in 2013, I got to the end of the A's thinking, "This isn't so bad." Then I got through the B's and thought, "Shit." From this it may or may not be possible to form a statistically plausible guess as to how many series of books I have started to read, but haven't finished, during the 13 years I've been posting my reviews online. Whether I will actually work my way through to Z is another question...
Posted by RobbieFish at 12:58 PM