Anton Bruckner (1824-1896) is one of fine-art music's quirkiest figures. Raised in a small town in Austria, he rose from provincial beginnings to make a profound and lasting mark on the Romantic symphony. Deeply religious, bashful, humble, insecure, a lifelong celibate, he did not write a "numbered" symphony until he was past 40 years old. Earlier works that he repentantly withdrew continue to be studied and played under such whimsical titles as "Symphony No. 0" and even "Symphony No. 00." The numbered symphonies go as high as No. 9, which he left unfinished at his death and wished, in vain, that it would never be performed.

Bruckner specialized in a form few but Brahms still dared to handle, but in a style influenced by Wagner. He rigorously studied counterpoint and improvisation until late in his life. He bore harsh criticism meekly, subjecting his scores to many sweeping revisions that continue to pose "textual problems" today. And yet all of his works are so stamped by his own unique mode of expression that they can be immediately recognized as his, and confused with the work of no other. Though Bruckner's works were little appreciated in his lifetime, and even the composer himself had doubts about them, history has affirmed their worth. Today his music is frequently played, recorded, and heard to the delight of multitudes, from his sacred choral works to the vast abstract symphonies that create radiant cathedrals of sound.

Symphony No. 7 in E major, completed in 1884, is a typical example. Its first movement alone lasts over 20 minutes. It opens with a broad, noble viola melody that emerges out of a shimmering cloud of tremolo strings - a routine opening gambit for Bruckner, influenced by the opening of Beethoven's 9th. The woodwinds usher in a second theme that romantically evokes ancient religious observances while meandering from key to key. The codetta theme has the character of a rustic dance. But it is finally the first theme that lifts the first movement to its ecstatic conclusion. 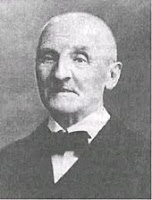 Movement 2 is an elegy for Bruckner's hero, Richard Wagner, written during the latter's final illness in 1883. Again, this is a vast movement, weighing in at some 25 minutes of music, alternating between two vast theme groups. The first, full of somber dignity, is introduced by an ensemble of "Wagner tubas," a type of horn Wagner invented for his own operas. The second group presents graceful and consoling major-key music chiefly scored for strings. After several repetitions of these theme groups, the music surges to a powerful climax and immediately subsides into a long coda of exquisite pathos. Bruckner wrote this passage on learning of Wagner's death.

The Scherzo, with its theme based on an Austrian country boy's impression of a rooster crowing, leaves grief behind and plunges into a clog-footed peasant dance. This is split into two parts separated by a surprising pause, as if the village band had reached the end of their piece, saw that the dancers went on dancing, and reluctantly resumed playing. The central Trio, in contrast, flows gently and smoothly, like a pastoral idyll set among green-shouldered mountains dotted with sheep - a refreshing pause before diving back into the clog dance as the Scherzo returns.

The Finale opens with a skipping theme over, you guessed it, tremolo strings. There is clearly a family resemblance between this melody and the theme that opened the first movement. Very soon a chorale (hymn-like) melody shoulders its way to center-stage, managing to sound strong and dignified while, at the same time, modulating continuously. The Wagner tubas wrap up this first theme group and help to announce a second. A long and rigorous development quickly follows, in which the skipping theme adopts a threatening mien. It is here that Bruckner builds his most impressive edifices of sound, piling up massive blocks of brass-plated grandeur and a ribbed vaultwork of repeated phrases atop a foundation of thematic concentration. And so he manages, in less than 12 minutes, to bring closure to a marvel of musical architecture whose total running time approaches 70 minutes.

EDIT: Here is a video of Christian Thielemann conducting the Vienna Philharmonic in the "Kikeriki" Scherzo:
Posted by RobbieFish at 6:03 PM