My source of information may not be very reputable: It was the answers to a Sporcle quiz on which I scored only 26 percent. The object was to name, in something like 15 minutes, as many as you can of the top 300 money-earning actors in the first 100 years of the film industry – between 1911 and 2011 – in gross, non-inflation adjusted dollars. Even dispensing with the dollar amounts, which are considerable (ranging from almost $1.3 million to over $5 million per actor), I found the answers to be an interesting mix of people I'd expect to see there and names whose presence really surprised me. So, just for the fun of it...

These people you'd pretty much expect to find high on a list like this, right? (1) Samuel L. Jackson. (2) Tom Hanks. I mean, these are blockbuster stars. But already (3) is Frank Welker. I mean, who? Frank Welker, the voice actor best known for playing Fred on Scooby-Doo. He's been in a bunch of other stuff. I mean, like, 860 credited roles, including characters in the Transformers franchise. Though he's had a few live action roles, he's mostly a voice actor. And he's grossed almost $4 million. How about that? Those ads showing up on Facebook offering careers in voice acting are starting to look good, aren't they? 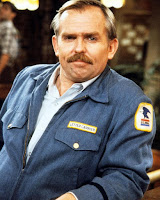 (4) is John Ratzenberger, whom many of us still remember as Cliff on Cheers. More recently, he's been serving as voice talent in pretty much all of the Pixar animated features.

We go back to a couple more that are no big surprise: (5) Harrison Ford. (6) Eddie Murphy. And then there's (7) Warwick Davis. The little guy makes it to the top 10! Davis, of course, played multiple magical characters in the Harry Potter films and was also the hero Ewok in the Star Wars movies.

(8) is Hugo Weaving – also not a big star, really, but he's been a principal cast member in several blockbuster franchises, including the Lord of the Rings and Martix trilogies.

(9) Tom Cruise is no shocker. But the fact that (10) is Alan Rickman kind of blows me away. Best known as a villain in Die Hard and Snape in the ensemble cast for Harry Potter, he crushed his D.H. co-star (14) Bruce Willis in these rankings. Does this mean nice guys really do finish last?

(11) Morgan Freeman, (12) Gary Oldman and (13) Robin Williams clearly deserve to be high on this list, even without having played action heroes. (15) Johnny Depp is the sort of celebrity who just has to be up there. But then you get good old (16) Robbie Coltrane, a.k.a. Hagrid from the Harry Potter films. (17) James Earl Jones, a.k.a. voice of Darth Vader. (18) Maggie Smith, a.k.a. Prof. McGonagall. That's six Harry Potter stars in the top 20 (counting Fantastic Beasts as an extension of the franchise).

(19) Owen Wilson and (20) Cameron Diaz represent comedy. Just think about it: A guy in the top 20 list of top-grossing actors tried to kill himself.

(24) Matt Damon. (25) Helene Bonham Carter - a.k.a. Bellatrix LeStrange. (26) Kathy Bates. She's in this league? She's done quite well. Off the top of my head I can think of The Blind Side, Fried Green Tomatoes and Misery for her career. Respectable work. But wow!

(47) Orlando Bloom, a.k.a. Legolas from the Lord of the Rings franchise. (48) Rupert Grint, a.k.a. Harry's pal Ron. (49) Josh Herdman. Who?! Well, he played Draco's crony Goyle in all eight Harry Potter movies. How could you forget? A tiny, almost silent role to be sure, out of a career that hasn't exactly stood out otherwise; but he's earned almost $2.4 million. It's good work if you can find it. 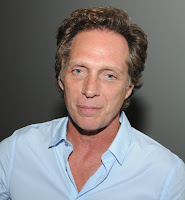 (66) Gene Hackman. (67) Jon Voight. (68) Anthony Daniels – that's C-3PO from Star Wars. (69) Steve Buscemi – doing better in real life than the characters he plays. (70) Mike Myers. (71) William Fichtner, a character actor you'd probably recognize if I showed you his picture but not the household name his placement on this list would suggest.

(79) Jon Favreau, who's been in some blockbusters to be sure, but I wonder how they segregated his earnings as a director from his acting income? (80) Adam Sandler. (81) David Bradley - Filch (Potter 27). (82) Michael Clarke Duncan. (83) Ralph Fiennes - Voldemort (Potter 28). (84) Paul Giamatti. (85) Wallace Shawn - Vizzini in The Princess Bride and Nagus Zek in Star Trek: Deep Space Nine. If it weren't for Jason Isaacs, I'd be able to say how appropriate it is that the top-earning Star Trek actor played a Ferengi. 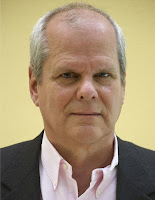 (130) Martin Klebba - he played a pirate in the Pirates of the Caribbean franchise. (145) Bill Nunn, whose picture I'm gonna put right here because I don't know what to tell you. (153) Tracey Walter, a scruffy-looking guy who, like Steve Buscemi, has done better in life than the characters he usually plays. (160) Wayne Knight, a.k.a. Newman on Seinfeld. (163) Jamie Waylett, who I believe was Draco Malfoy's crony Crabbe (Potter 32).

(177) Philip Baker Hall – another character actor of whom I can only remind you by showing you his picture. (178) Fiona Shaw – Harry's Aunt Petunia (Potter 33). (181) Kevin McNally, also of the Pirates of the Caribbean series. (190) Bernard Hill was King Theoden in the Lord of the Rings movies. (191) Conrad Vernon is a voice actor known for roles in DreamWorks animated features, like the Gingerbread Man in Shrek. (212) Afshan Azad was one of the Patil twins at Hogwarts (Potter 34). (213) Katie Leung was Hogwarts student Cho Chang (Potter 35).

(228) Xander Berkeley played "Red John" (the serial killer nemesis of the title character) in TV's The Mentalist. He's also played roles on 24, The Walking Dead and in some pretty big movies. (239) David Thewlis was Prof. Lupin at Hogwarts (Potter 36). (244) Peter Mayhew was Chewbacca in the Star Wars movies. (246) Robert Pattinson, whose career has really taken off post-Harry Potter, did play Cedric Diggory and so qualifies as Potter 37.

(250) David Schofield is another Pirates of the Caribbean who, while not a household name, can probably afford multiple households of his own. (259) Harry Melling was Harry Potter's cousin Dudley (Potter 38). (260) Chris Rankin is best known as the Weasley brother Percy (Potter 39). Down in this region of the list, where we also find such names as (261) Bill Pullman, (262) John Malkovich and (263) Dwayne Johnson, here's (264) Verne Troyer, who appeared as both Dr. Evil's Mini-Me and a Gringotts goblin (Potter 40).

(276) Brian Doyle-Murray is a gravelly-voiced character actor who has frequently co-starred with his brother, (136) Bill Murray. (283) Richard Kind plays the quintessential sit-com nebbish in such shows as Mad About You and Curb Your Enthusiasm, but has also starred in A Serious Man and voiced a number of Pixar animated characters. (284) David Wenham - Seriously! Who? - was Faramir in the Lord of the Rings trilogy and has scored roles in several other blockbusters, like Van Helsing, 300 and one of the Pirates of the Caribbean movies.

Finally, wedged between (298) Nathan Lane of The Birdcage and (300) Mark Hamill of Star Wars is (299) Imelda Staunton, who apparently hasn't suffered financially from playing the most hated character in the Harry Potter franchise: Dolores Umbridge. Unless I missed my counting, that makes 41 Potterites who made it into the top 300 gross-earning actors of all time. How do you like that, eh?

EDIT: I left off (205) William Melling, because I'm not sure, but he might be the kid who played Nigel in a number of Harry Potter films. If he is, it's remarkable that he's so high on the list considering that he plays a character who didn't exist in the books!
Posted by RobbieFish at 4:11 PM

You forgot that Whoopi Goldberg was in the Star Trek universe--behind Isaacs on the list, to be sure, but ahead of Wallace Shawn.